THE DEAD DAISIES Go With The Flow 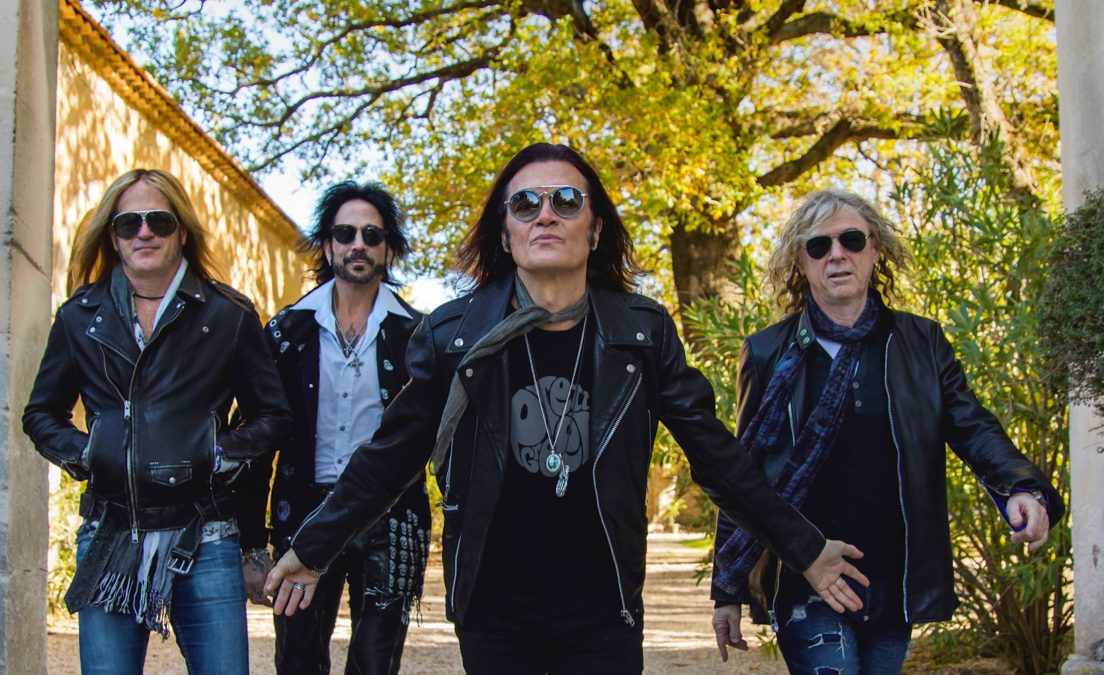 The Dead Daisies have always been a transitional band.

Throughout their tenure members have come and gone, having little effect on the band’s success or output, but throughout one constant has remained.

These guys know how to write great rock songs.

That is never more evident than with latest single “Bustle and Flow”, performed with new vocalist Glenn Hughes (Deep Purple, Black Country Communion) at the helm.

HEAVY caught up with guitarist Doug Aldrich for a chat about the new single and more.

“Glenn was joining the band,” Aldrich began, “I’ve known Glenn for years and we were friends so I was really excited about it – and for me to start preparing music I started thinking about ‘what would Glenn wanna hear’? ‘What would Glenn wanna do’? Obviously, we all have our own style and we do the things the way we do them but I found this riff that was a little bit… had a different groove to it, and I thought Glenn would kill on this. David (Lowy, guitar) and I spent time working up a bit of a demo on it and we tossed it into the mix once the band got together and it had some good hook parts but it didn’t have a chorus. So we kept working on it and rewriting and rewriting until finally, it came together. David Edwards, our manager, who’s really the fifth member of the band because he in a lot of ways is the brains behind everything said he loved the song and urged us to finish it. We had rewritten it and didn’t have a chorus or main hook. We tried hard and all sat there and it just wasn’t happening. Finally, I went to David and said ‘we’ve got a strong record anyway so do we really need that song’? Usually with songs, if you have to work that hard it doesn’t end up working out. He said I hear you, but I really want that song. You guys better figure it out, get back in there and finish it (laughs). We were kind of… not that it energised us in a bad way but it was kind of a kick up the ass and Glenn and I came up with some chords and a phrasing that opened up and it worked out. That was a struggle to get together, unlike any other song on the record.”

In the full interview, Doug talks about Glenn Hughes coming on board, adapting to different vocalists, the brilliant animated film clip to “Bustle and Flow”, upcoming album Holy Ground and what to expect from it, getting back on the road and more.