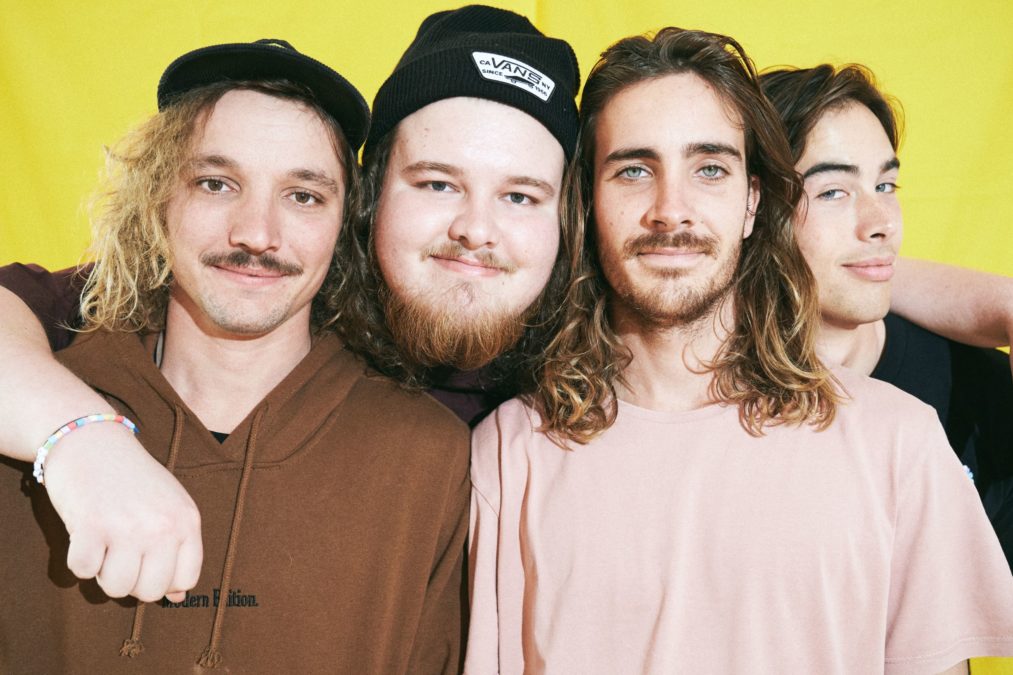 The Cracks Widen For SLY WITHERS

Perth rock outfit Sly Withers are a band who have been steadily building towards an ultimate goal that at times may have seemed untenable.

The glories that come with rock and roll excess are often weighed down by the pitfalls, with one step forwards and three backwards more a life mantra than an age-old saying.

With the release of their single “Cracks” last year, and in particular the opening words “Can’t write an opening line to save my life”, Sly Withers found that elusive spark needed to fast-track their musical existence and thus a potential star on the rise was born.

On the tail end of a predominantly sold-out Australian tour co-vocalists and guitarists Jono Mata and Sam Blitvich joined HEAVY for a chat about their upcoming album Gardens and their current tour.

“Gardens is a collection of songs that we wrote over the past four or five years,” Blitvich offered. “It’s a bit of a documentation of our 20’s, just the experiences we had both personally and in the band. It’s quite personal and we’re really, really, really proud of it and excited. It should be cool.”

Although called Gardens, you won’t actually find a song by that name on the album, a situation which is easily explained by the boys.

“Gardens as a concept to us is a lot of…,” Blitvich began… “we’re very close the four of us and a lot of us socialise with each other taking place having beers at each others houses out the back gardens at night. Those are the times when we share new music, we share new demos, we discuss mixes and plan band stuff. It’s a time when a lot of…”

In the full interview, the pair discuss the single “Cracks” and how it changed public perception on Sly Withers, the songs on Gardens and its musical direction, the singles released so far, their current tour and how it sold out most venues and more.