The Complete Package With INCITE 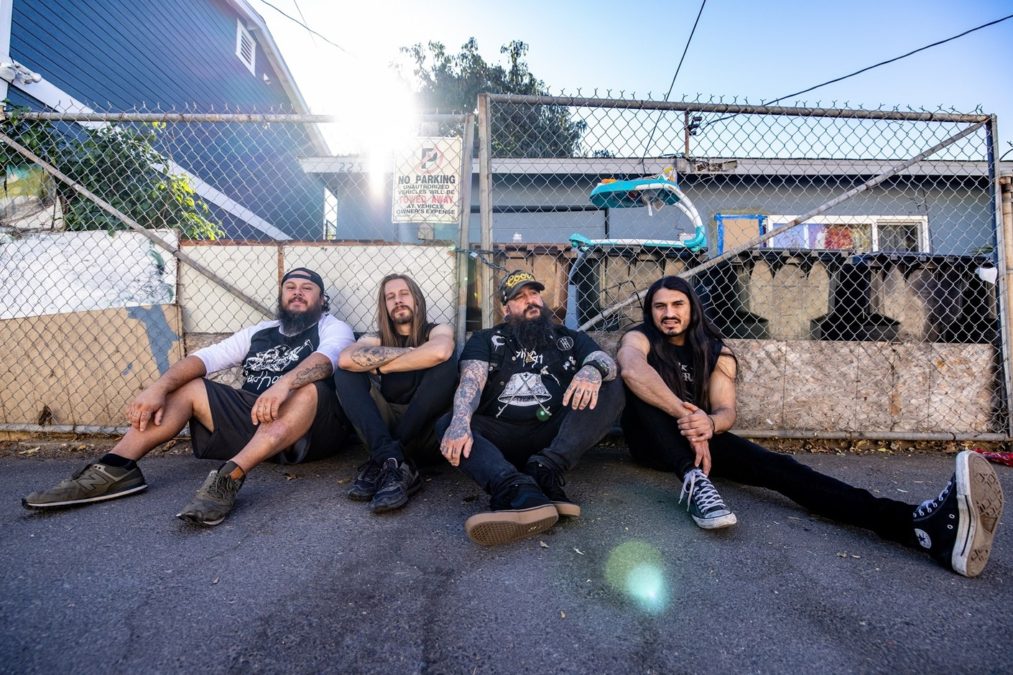 Featuring Richie Cavalera on vocals – who is, of course, the son of Soulfly vocalist Max Cavalera – Incite are a brutally heavy band who somehow manage to up the intensity levels with each release.

Despite the temptation of utilizing his Stepfather’s extensive network to ensure an easier passage in music, Richie has preferred to let his own talent and vision become the focal point of Incite, rightfully believing the band was deserving of any success that comes their way.

Richie joined HEAVY to chat about the new album.

“We’re a heavy metal band out of Phoenix, Arizona,” Richie introduced the band. “We got six records out. This is our latest, Wake Up Dead. It’s badass. It’s raw, dynamic, fresh, and it’s heavy as fuck man. It’s just pure, beautiful, good heavy metal with some punk hardcore aspects to it and thrash. It’s rippin'”

With Wake Up Dead coming out earlier this month, Richie says the early reception from fans and people in the music industry has been nothing short of humbling.

“It’s been incredible,” he gushed. “We got back into what we do best on this record and that’s tuning up, ripping solos, brutal drums, bass and vocals and lyrics that really touch the soul. I think this record is a complete insight from the five new tracks to the five old songs that we put on this for everybody to have this rebirth; this revitalization after this two years of nothing from music. We’re stoked about it. It’s a good picture of who we are as a band.”

In the full interview, Richie talks more about the album musically, how it combines the past, present and future of Incite sonically, having to wait over 18 months for the album to be released and how that impacted the band, the three singles already released and if they are a good representation of the album as a whole, experiencing with acoustic guitars on the song Mental Destruction and how difficult it was to get the balance right, having Max guest on the song War Souls, how much he has influenced Richie musically, future plans and more.

Get Wake Up Dead here : https://incite.afr.link/WakeUpDeadPR