The past couple of years have provided many good fortunes for Melbourne band The Beautiful Monument. From an amazing debut album that captured the hearts of critics and fans alike through to playing at Unify and Download as well as touring alongside Architects, In Hearts Wake, Tonight Alive, Ceres and I Prevail… oh and then there was being named as one of the Top Ten Bands To Watch in Australia.

Now The Beautiful Monument are about to drop their brand new album I’m The Reaper so HEAVY Mag caught up with Lizi Blanco in a very candid interview.

“It’s pretty much like a big diary entry for me, to be honest,” Blanco says when we talk about the personal nature of the album. “I touch on my mental health, family issues, a lot of loss that I have experienced in the past few years – there have been a lot of deaths and a few toxic friendships. So yeah it just delves into a lot of the negative shit and just puts all that shit to rest to be honest.”

“It is like getting a whole big weight off your chest actually,” she continues. “It is like being able to share it with somebody that has been through similar experiences, then they can reach out to you. It is definitely something that is helpful to me personally… it is just nice not to bottle things up.”

You can listen to our full interview with The Beautiful Monument on Spotify.

I’m The Reaper is out on June 28th on Greyscale Records. 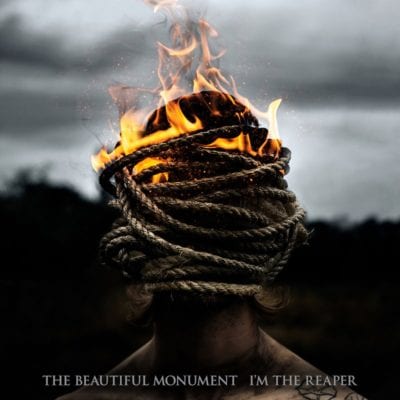