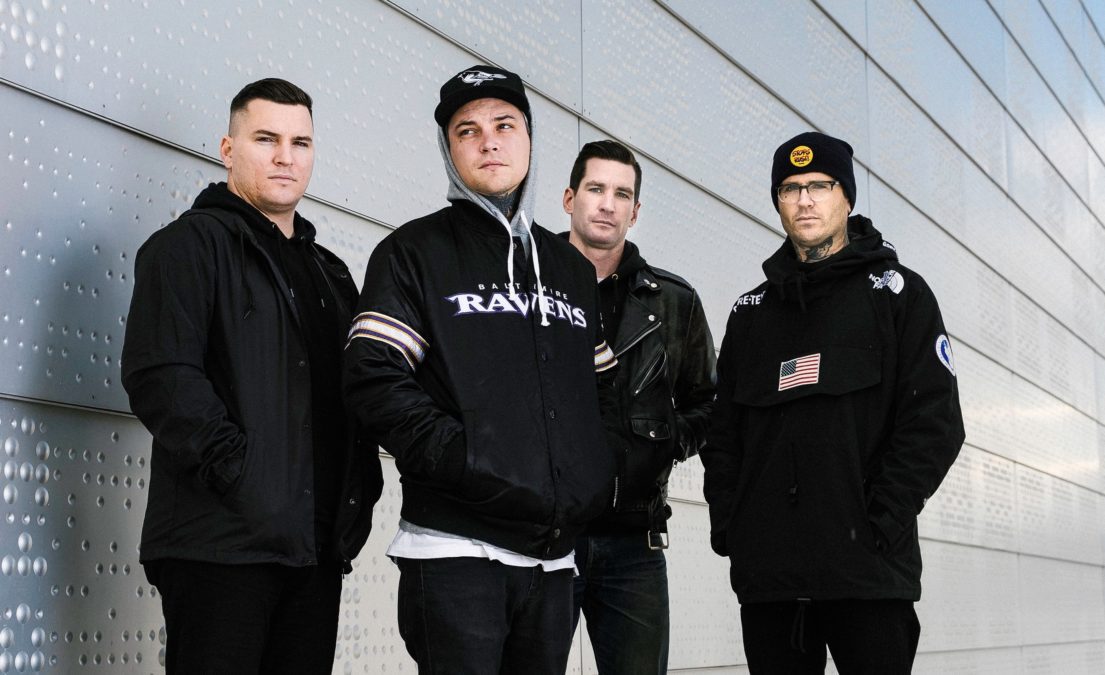 Like thieves in the night, The Amity Affliction return to headline this weekend’s UNIFY Forever concert, seven years after doing the same the very first year this now established festival began.

Actually, who am I trying to kid?

Thieves in the night implies that The Amity Affliction will deliver a surprise, stealth-like attack, but for anyone who has seen the band live before you would know that subtlety is not one of their strong points.

With recent world events causing the cancellation of most of the bands touring plans, they head into one of the biggest events on the Australian music calendar having played only a small handful of shows over the last two years but vocalist Ahren Stringer assured HEAVY when we sat down earlier this week that while they might not be 100% match fit The Amity Affliction still have no intention of taking things easy.

“It will be good,” he enthused. “We’re big fans of UNIFY in general, and we’re happy to be here.”
Seven years is a lifetime in the music industry, and for a band to have the honour of headlining the same festival twice in that period is something not lost on Stringer, who admits The Amity Affliction have undergone significant changes in that period.

“Oh geez… there’s been a few line-up changes since then,” he offered. “Apart from the obvious, different songs, different members, different eras of the band, we’ve also got a fill-in drummer from Ocean Grove stepping in for Joe because he couldn’t make it obviously. He’s American, so it would have been a logistical nightmare to get him back for one show. We’re tight as ever and a really well-polished machine at this stage. Ready to rock!.”

In the full interview, Ahren talks about the significance of festivals like UNIFY, the responsibilities of being a headlining band, the mental toll that comes with cancelled shows at the last minute, the band’s upcoming American tour and more.