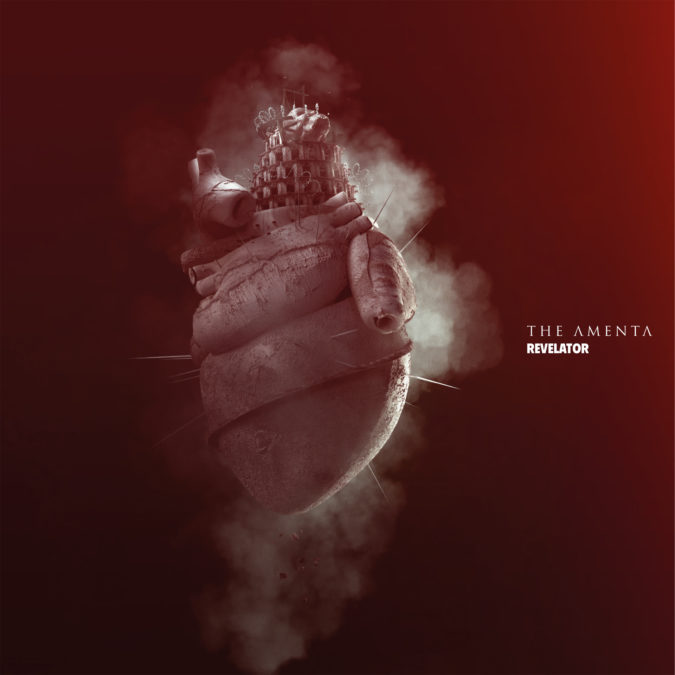 After a seven-year hiatus that had many questioning whether or not The Amenta would indeed commit music to disk again, the band is back with a vengeance with their fourth – and arguably best offering Revelator.

Opening with “An Epoch Ellipsis” any doubts as to whether The Amenta had maintained their rage since previous album Flesh Is Heir are quickly dispelled in a ferociously brutal intro that goes straight for the jugular and only relinquishes it’s grip at select junctures to ensure the listener does not pass out until The Amenta have finished what they have to say.

Dave Haley’s unrelenting double kicks converge with Cain Cressall’s foreboding vocals with contrasting moments of relative serenity violently dualing with an unseen enemy that seems intent on devouring your very soul. At times it feels as though this track features two different bands simultaneously battling for control but never becomes bogged down with the virtues of right and wrong.

It would be easy to assume that the instruments would get lost in the mass of noise but credit to The Amenta and it’s talented line-up that each is accentuated – often minimally but still to great effect – allowing the music to breathe ever so slightly before having the life unceremoniously once more choked to within an inch of your life.

“Sere Money”, follows with a more rock-based sound that perfectly showcases Cressall’s vocal range and ability with a combination of harsh, clean and dirty vocals that are somehow drawn together while at the same time waged in an endless war with each other.

The Amenta have that unnerving ability to make uneasiness feel acceptable – or dare I say desirable – with layer upon layer of sonic intensity that can only be scratched at with singular listens. This is an album that deserves repeat visits and threatens to reveal more sinister undertones with each passing listen.

“Silent Twin” has an ambient, almost dreamy intro that is offset by blues-ish undertones in a brooding and disturbing song that is in stark contrast to the ferocity which preceded it.

“Psoriastatis” restores balance to the status quo with a chaotic and frenetic outpouring of emotion that allows you to almost feel the pain and angst as it drips from Cressall’s mouth as he barks, growls and manoeuvres his way through a violent landscape of epic proportions.

“Twined Towers” begins with guitar swirling through strangely soothing yet eerie vocals that threaten a sinister, almost subliminal malevolence. You can almost feel yourself being hypnotically drawn into a world where you have no control and that is somehow strangely comforting here. The song tapers off around the halfway point as though lining up for the knockout one-two blow but resists the temptation, instead holding your attention with a disturbing breakdown that has an almost captivating resistance-is-futile feel.

“Overpast” is a stuttering, stop/start mix of turbulent drums and reckless abandon that drifts in and out of consciousness while never straying from its intended path. It is an absolute beast of a song that is perhaps the standout amongst an entire album of sonic intensity.

Album closer “Parse Over” begins with an industrial-style edge before Cressall roars into life, dispelling any notion that The Amenta would go out with a whimper. Part disturbing, part hypnotic and fully enchanting this song is almost a summary of all that has come before it and brings to a close what is one of the most disturbing yet ultimately rewarding sonic experiences I have had the pleasure of listening to in a long time.

If Hell had a soundtrack this would be it, and it would almost certainly leave an army of cowering demons in its wake.

Watch “An Epoch Ellipsis” below: