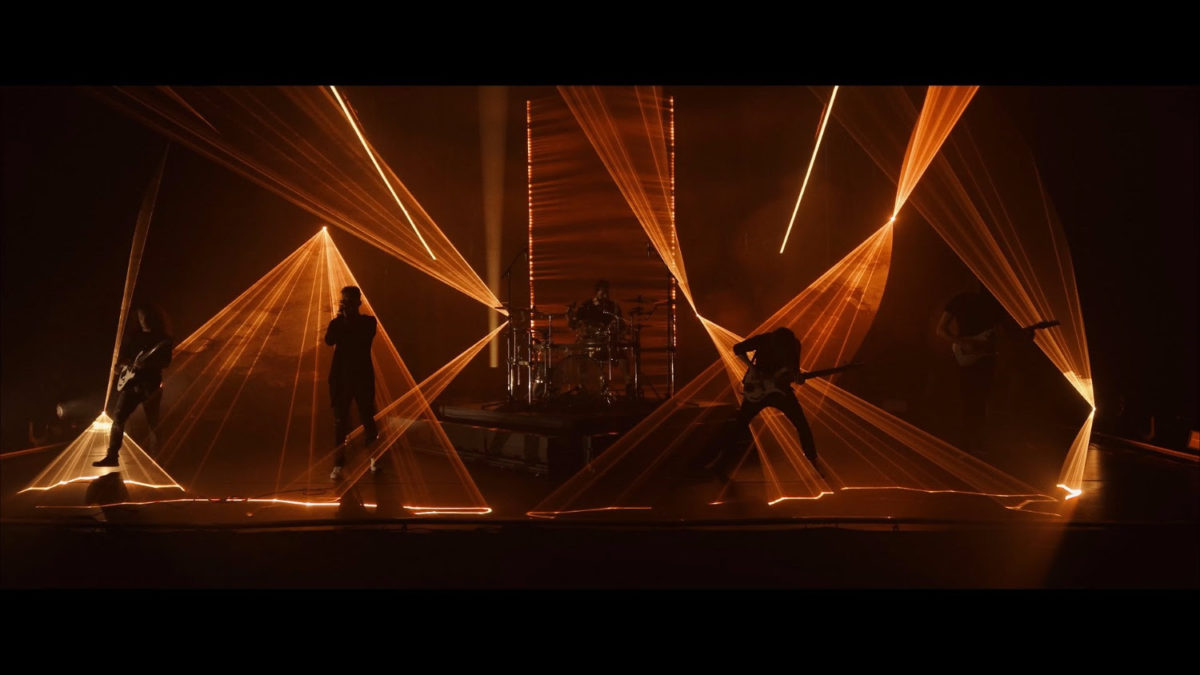 Excited by the Livestream avenue that opened up to bands during the COVID lockdowns, English progressive metal outfit TesseracT, as has become expected of the band, decided to expand on that medium and deliver something truly memorable and unique to their fans.

By combining cinematic elements to their live performance, TesseracT succeeded in delivering a grandoise concert experience to a fledgling market, setting the bar almost unattainably high for all those to follow.

The result was P O R T A L S, an ambitious concept with the aim of providing an escape where previously there was only hope.

Recorded in December 2020, P O R T A L S saw TesseracT perform songs that spanned their entire catalogue and infuse them with cinematic scope that garnered universal praise from both fans and critics alike.

With the impending release of the experience on disk and Blu Ray, complete with bonus footage and other paraphernalia, bass player Amos Williams sat down with HEAVY to delve into greater detail about the project.

“Yeah it’s pretty cool. We almost had to rediscover it,” he laughed of the renewed hype leading up to the August 27 release date. “Its amazing to have the same level of enthusiasm for it as we had when we did the show. Its kind of crazy to keep that going still, where are we now? Nine months later?”

The initial idea for P O R T A L S was borne out of an internal desire to deliver the best possible experience for their legion of fans, with Williams admitting the idea formulated from watching other bands take to the Livestream arena.

“We had seen quite a few bands do streams of their shows and it wasnt quite scratching the itch for us, if you know what I mean,” he explained. “We were looking at it and going, this is really cool, we like the meaning of it, but from our perspective they’re missing the point. We saw it as a cinema event because it’s on the screen, that may simplify it but to us its a film and we decided to treat it as such. We put everything into it, as you would some form of film and production so the cinematographer, the camera moves, essentially doing it on a film set, and we introduced a narrative as well so that all came from the concept of thinking of it as a movie.”

In the full interview, Amos runs us through the concept from the early stages to its completion, the visual aspect and how it came together, formulating a live performance from a cinematic landscape, song lengths and why they didn’t even consider shortening any songs to fit an accepted format, future ideas put in place by the success of P O R T A L S, plans for 2021 and more.

P O R T A L S will be released on the following formats with pre-orders available on the TesseracT band  webstore and Kscope label store now https://tesseractkscope.lnk.to/PORTALS

Watch the trailer below.