Sacramento, California rockers Tesla pulled their tour bus up to the House of Blues this past Tuesday for the purpose of unleashing the same type of high energy, blues based rock and roll performance on Boston that served as the precipice behind the band’s initial rise to fame.

Although Tesla has sold over fifteen million records, the band never quite reached the same type of global mega success some of their less talented 80’s “hair metal” peers managed to come by.

The song writing, musicianship and vocal prowess that has always been omnipresent within Tesla unfairly played second fiddle to the image and style machines behind much less talented bands such as Poison and even Motley Crüe.  Sex sold in the 1980’s and it will still be selling two hundred thousand years from now.

Credit Tesla, however, because from the first day they practiced together as a band, to this very day, Jeff Keith and company have always prioritized the music above and beyond anything else. 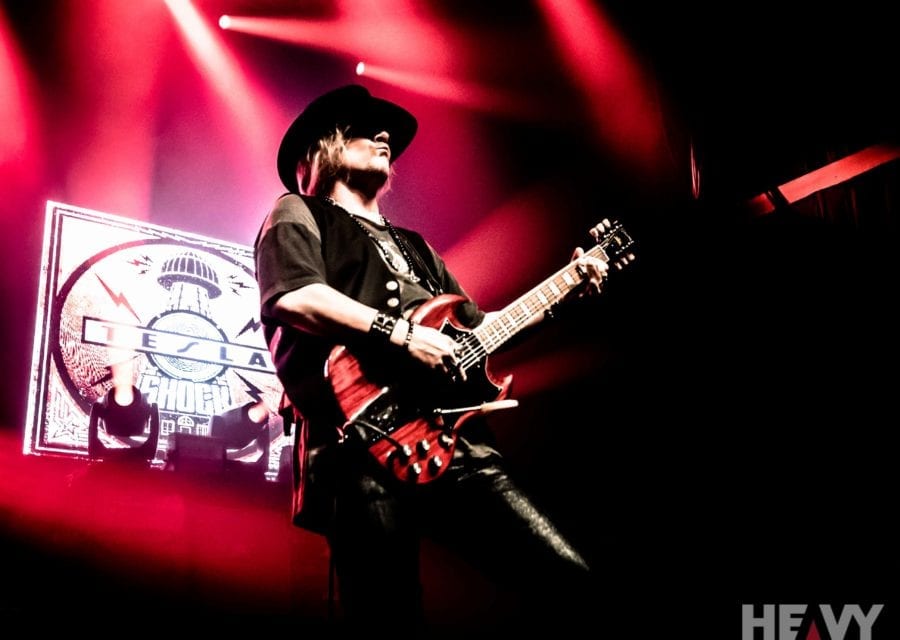 Tesla is actually having the last laugh these days.  Even before bands like Motley Crüe called it quits, their live shows were nothing short of painful from an actual musical stand point.

If you’ve heard Vince Neil sing these past fifteen plus years you know exactly why Motley Crüe needs to employ drum roller coasters, big tops, giant cranes and Michael Bay directed explosions at their live shows. Something has to distract the masses from the music being played on stage.

Tesla, conversely, employs the less is more approach in terms of their live performance as they choose to lean on their resplendent song book, the genuine bonds the share with their legion of fans, as well as their sublime musicianship to entertain the masses.

This simplified approach focusing on what fans love most about any of their favorite bands, the music, resulted in ninety-minute performance by Tesla in Boston that had the audience on their feet signing, dancing, high fiving and hugging one another throughout. 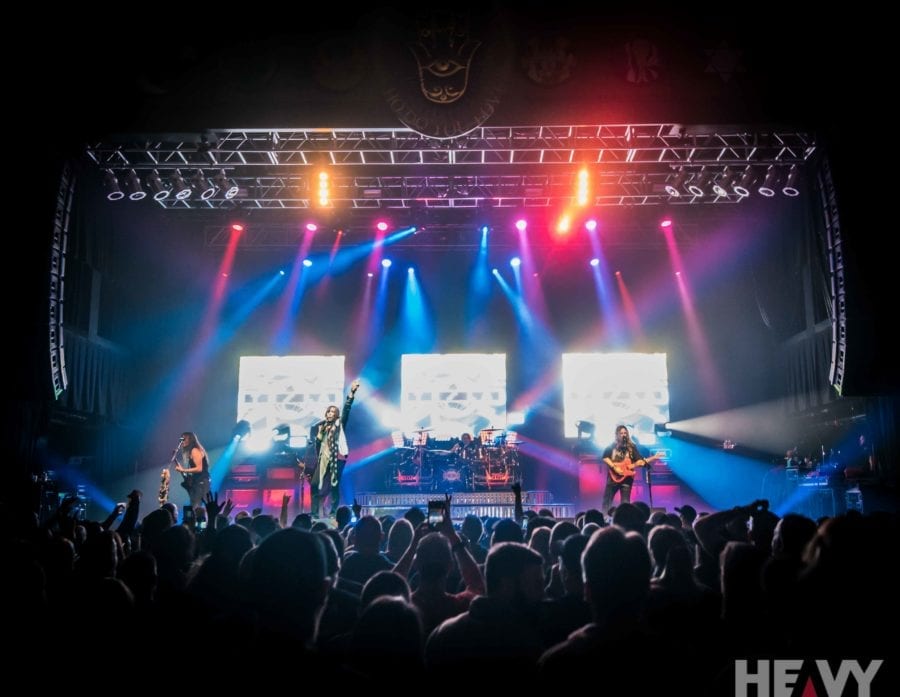 Tesla decided to kick the night off in Boston with one of the more stand out tracks from their new album Shock, “Tied to the Tracks.”  The song, like many of the cuts on the new album, sounded eerily familiar to Def Leppard.  This probably shouldn’t come as much of a surprise considering that Def Leppard lead guitarist Phil Collen helped to write and produce the record.

It’s beyond important to note, however, that Shock, albeit influenced by Collen’s presence, is still heavily rooted in Tesla’s own DNA, while also being a record most fans will embrace as a welcome addition to the band’s catalogue.

Although some fans typically aren’t all that enthusiastic about hearing new material from their favorite bands, particularly those that have been cranking out albums for thirty plus years, the Boston audience responded quite favorably to Tesla’s more recent material. 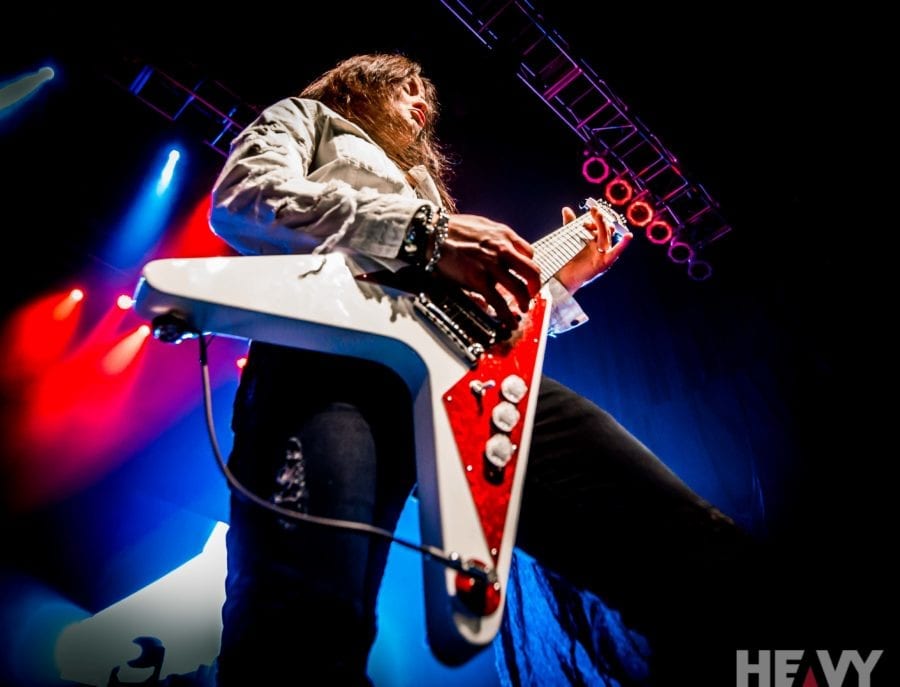 The reasons for this could likely be tied to the fact that songs such as “Tied to the Tracks” and “Shock” are grounded in the exact same type of gritty, blues laced rock and roll that has always served as the backbone of Tesla’s music.    The slide guitar work by Frank Hannon alone on “Tied to the Tracks” should be enough to win over even the most skeptical of old school Tesla fans.

The remainder of the band’s set in Boston primarily focused on the first half of the band’s thirty year plus year career.    Classic Tesla hits such as “Modern Day Cowboy” and “Heaven’s Trail (No Way Out)” saw Hannon and fellow guitar player Dave Rude trading guitar licks and blistering solos that were nothing short of incendiary.

It’s safe to assume that some in attendance may have preferred the band add more tracks from albums like Mechanical Resonance or Psychotic Supper to the set list in Boston. 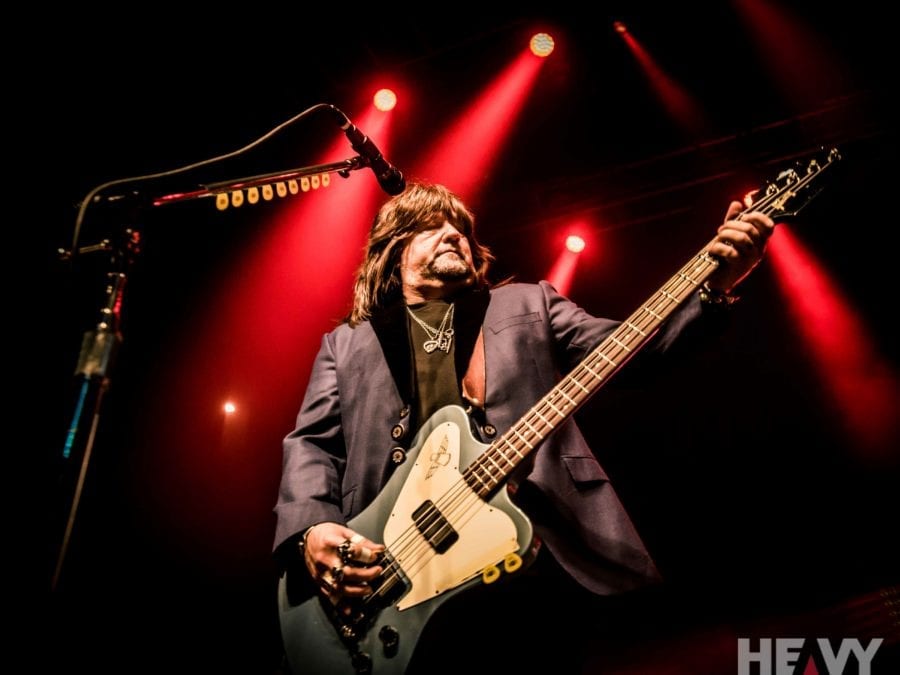 Songs such as “Getting Better,” “Before My Eyes,” or “Song and Emotion” may have pleased the fickle fans a bit more, however, that path would have also deprived the true Tesla die-hards from hearing underrated tracks that many in the audience likely had never seen performed live.

“Caught in a Dream” from 2004’s Into the Now possessed the same kind of melodies, effulgent acoustic guitar work and catchy lyrics that Tesla built their musical temple on.

“Miles Away,” also from Into the Now, also provided a showcase for Hannon to display the type of scorching solos that had countless teenagers mimicking air guitar to for hours on end within the confines of their childhood bedrooms. 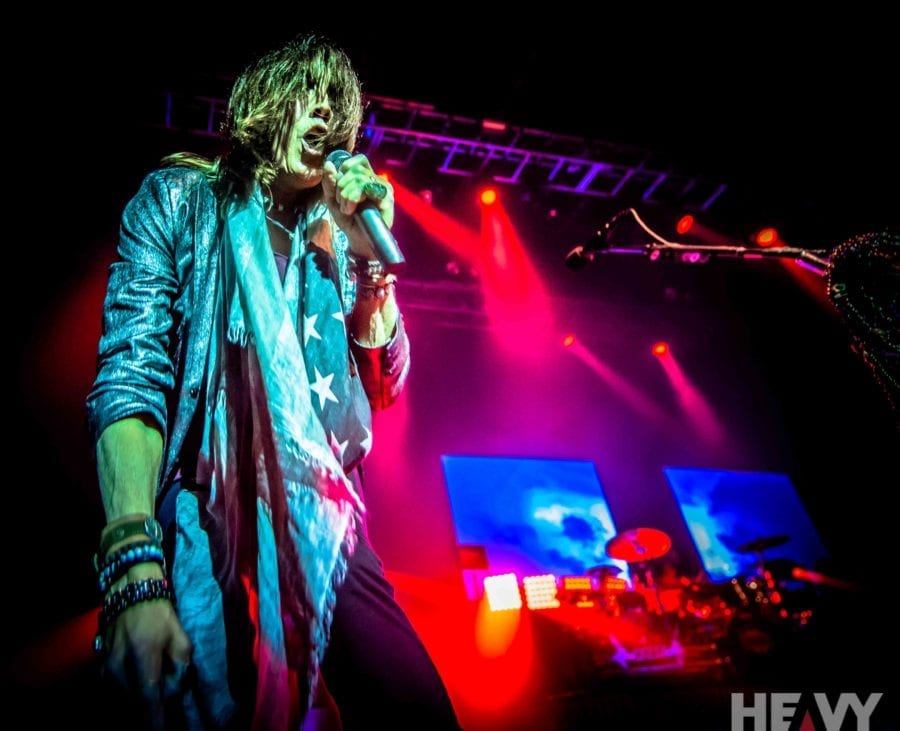 Tesla chose to eschew the phony encore shenanigans many bands still employ where they say goodbye to the fans and then come back out two or three more times to close things out.

Instead, the band took the Boston faithful on a final four song romp through Tesla classics which included an explosive take on “Edison’s Medicine (Man out of Time)” as well as two songs by Tesla that never fail to lead to venue wide sing-a-longs in both “Love Song” and eventual show closer “Signs.”

Many things in the music world have changed since Tesla first took on the rock music world with their debut Mechanical Resonance way back in the winter of 1986.

However, one thing that remains as true today as it was back when songs such as “Little Suzi” and “Changes” were battling for supremacy on MTV’s Friday Night Video Fights, Tesla is still one the best god dammed rock and roll bands on the planet. 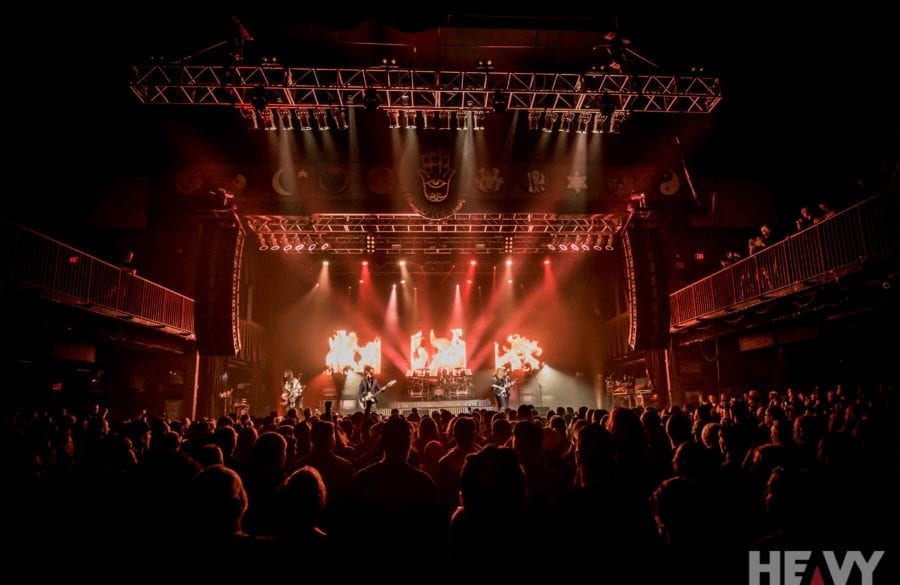 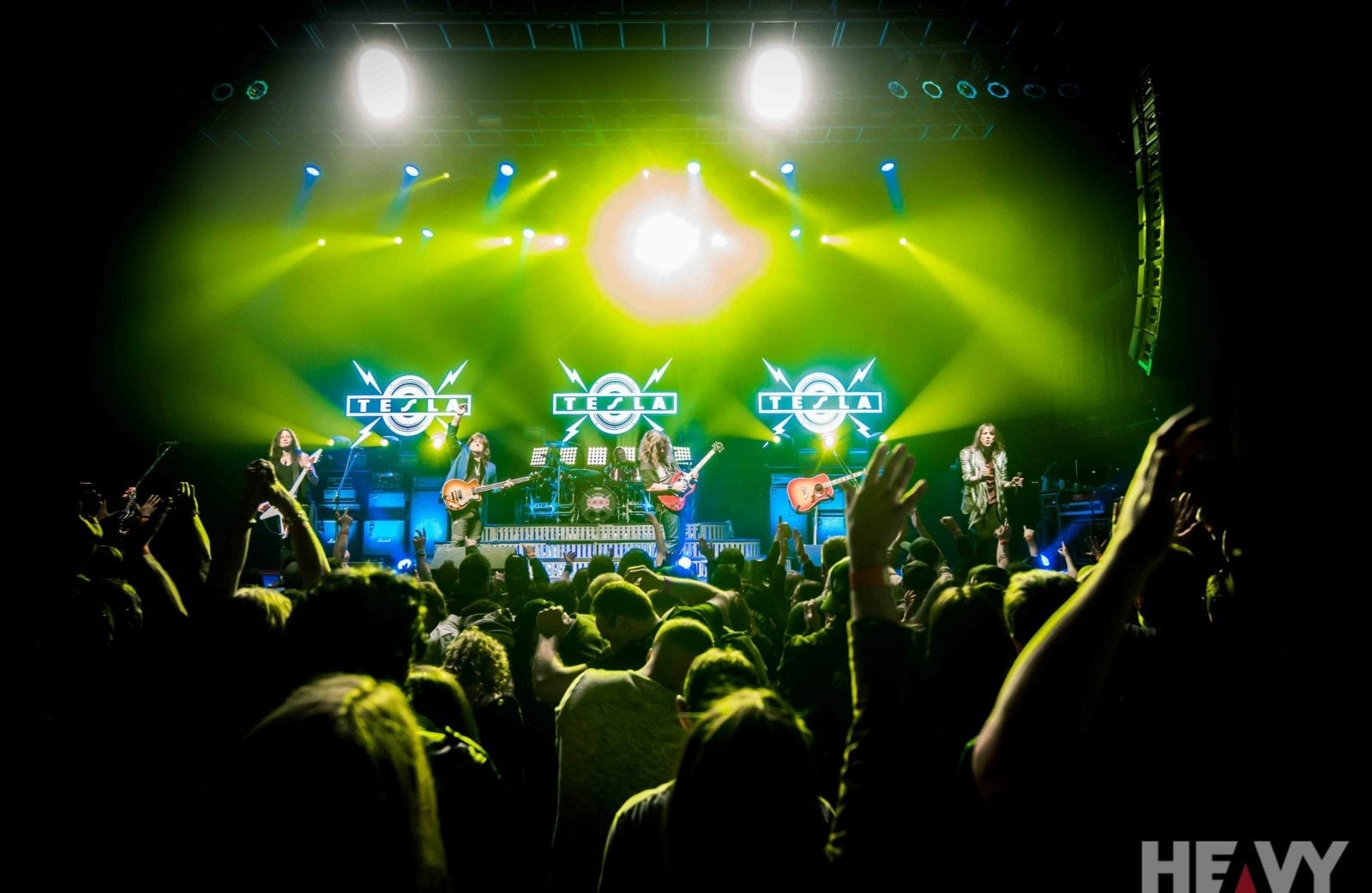 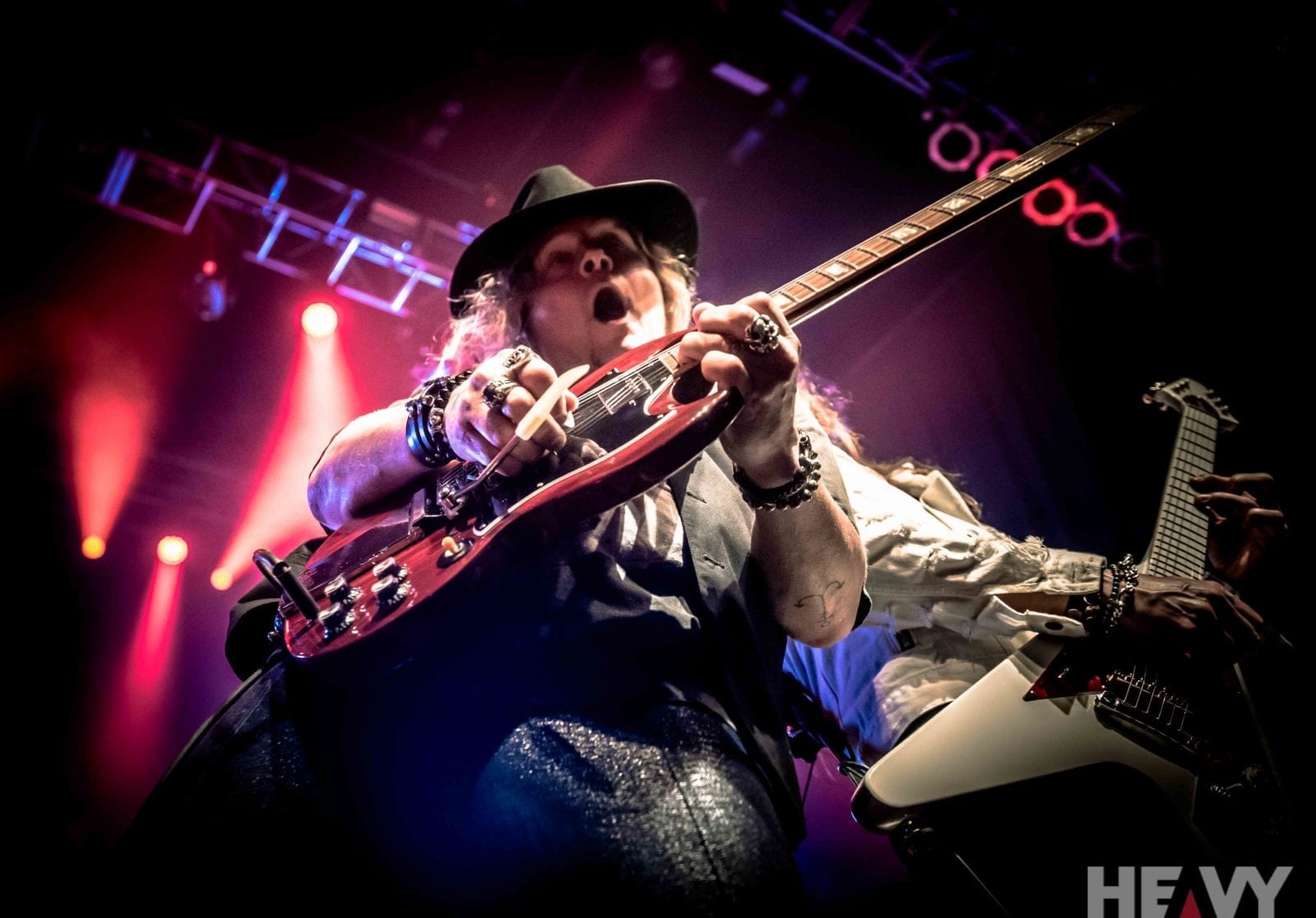 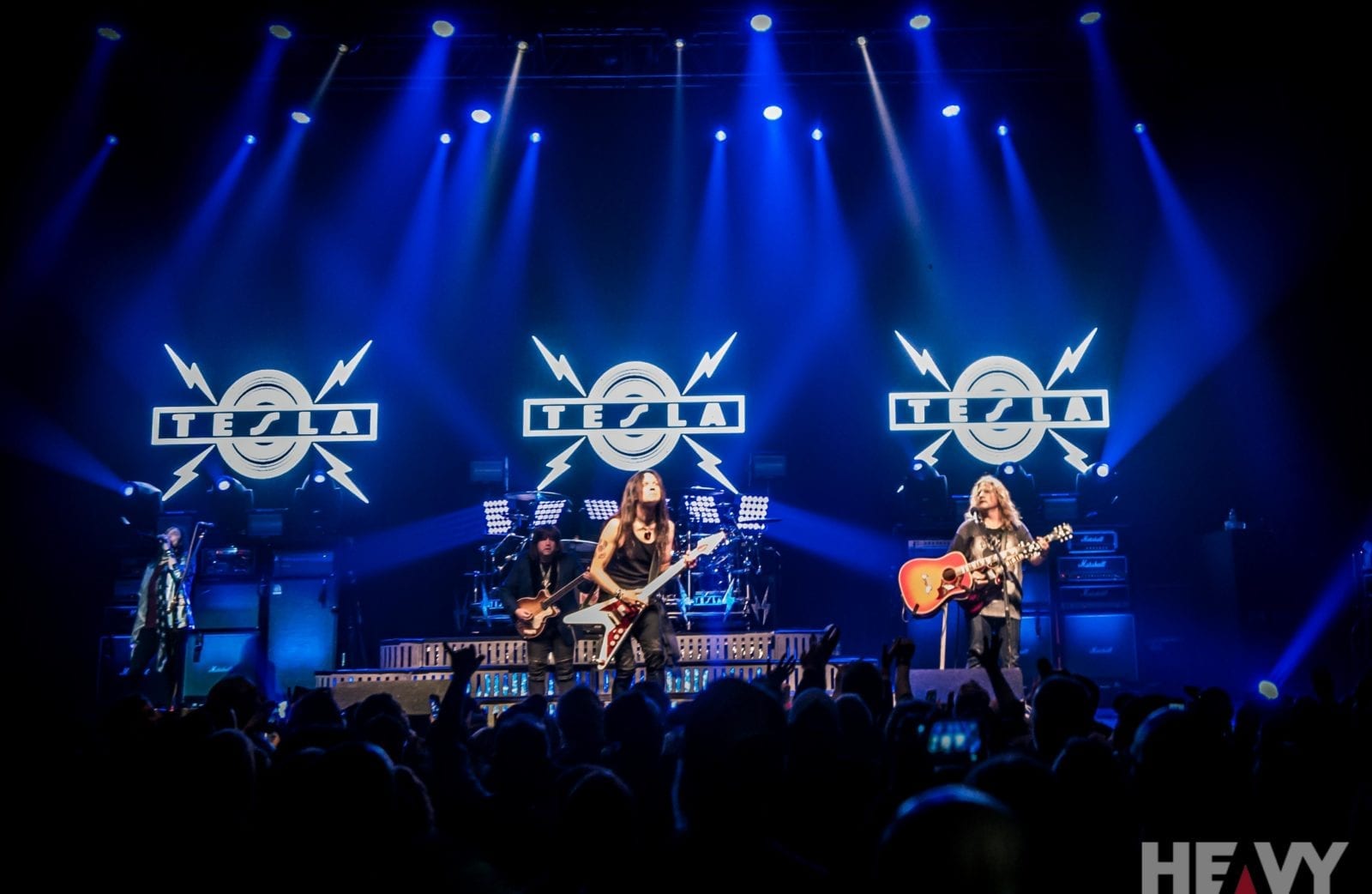 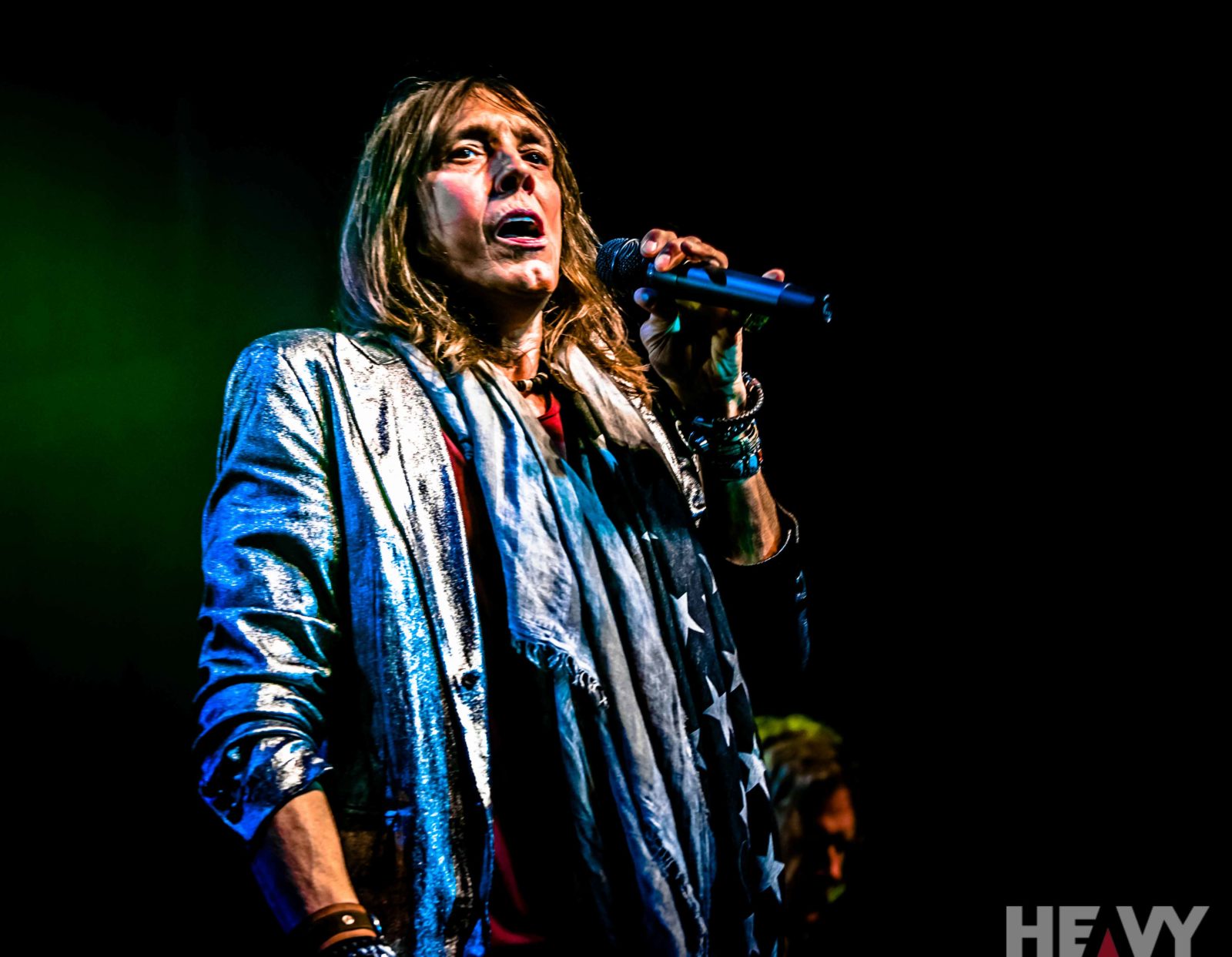 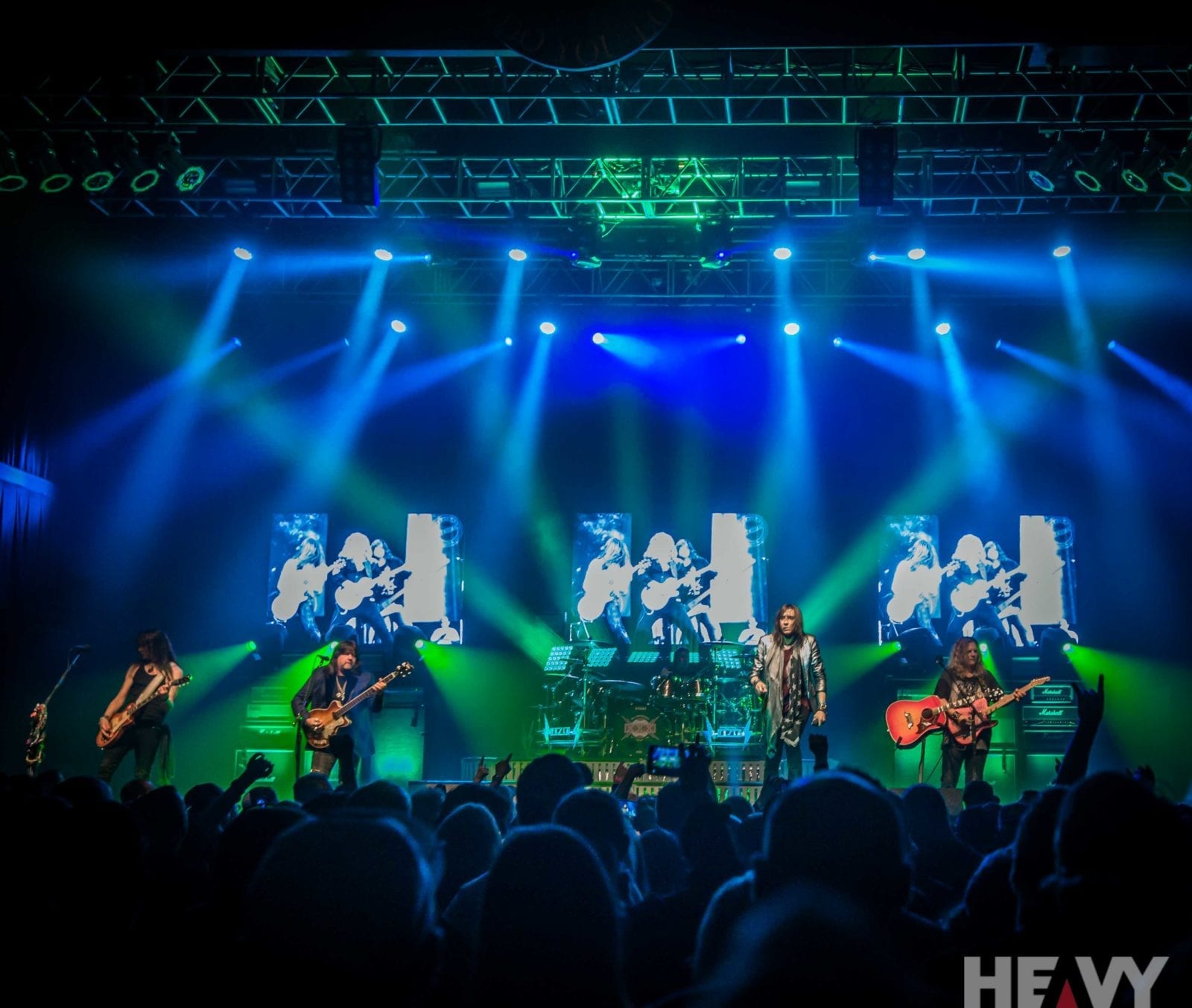 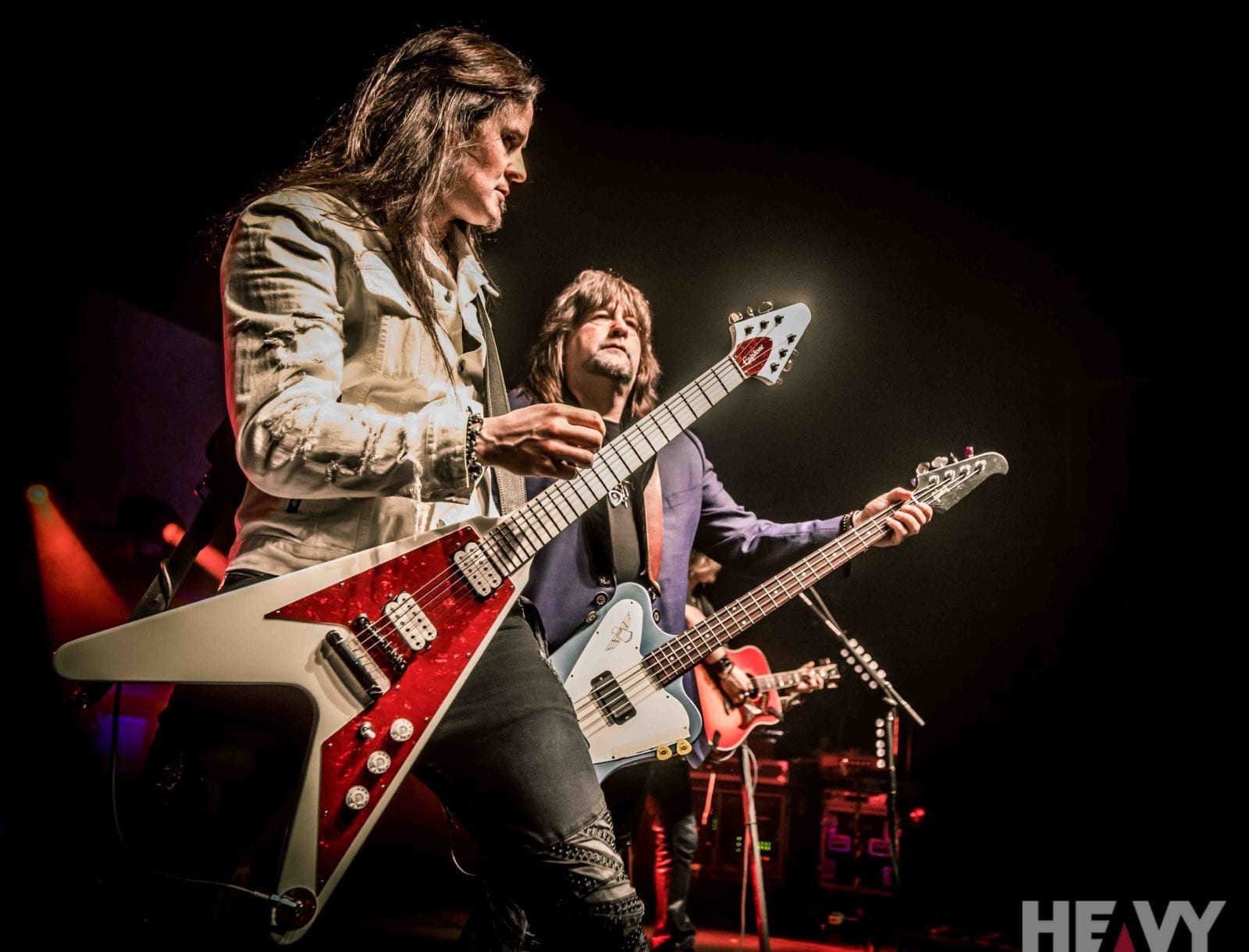 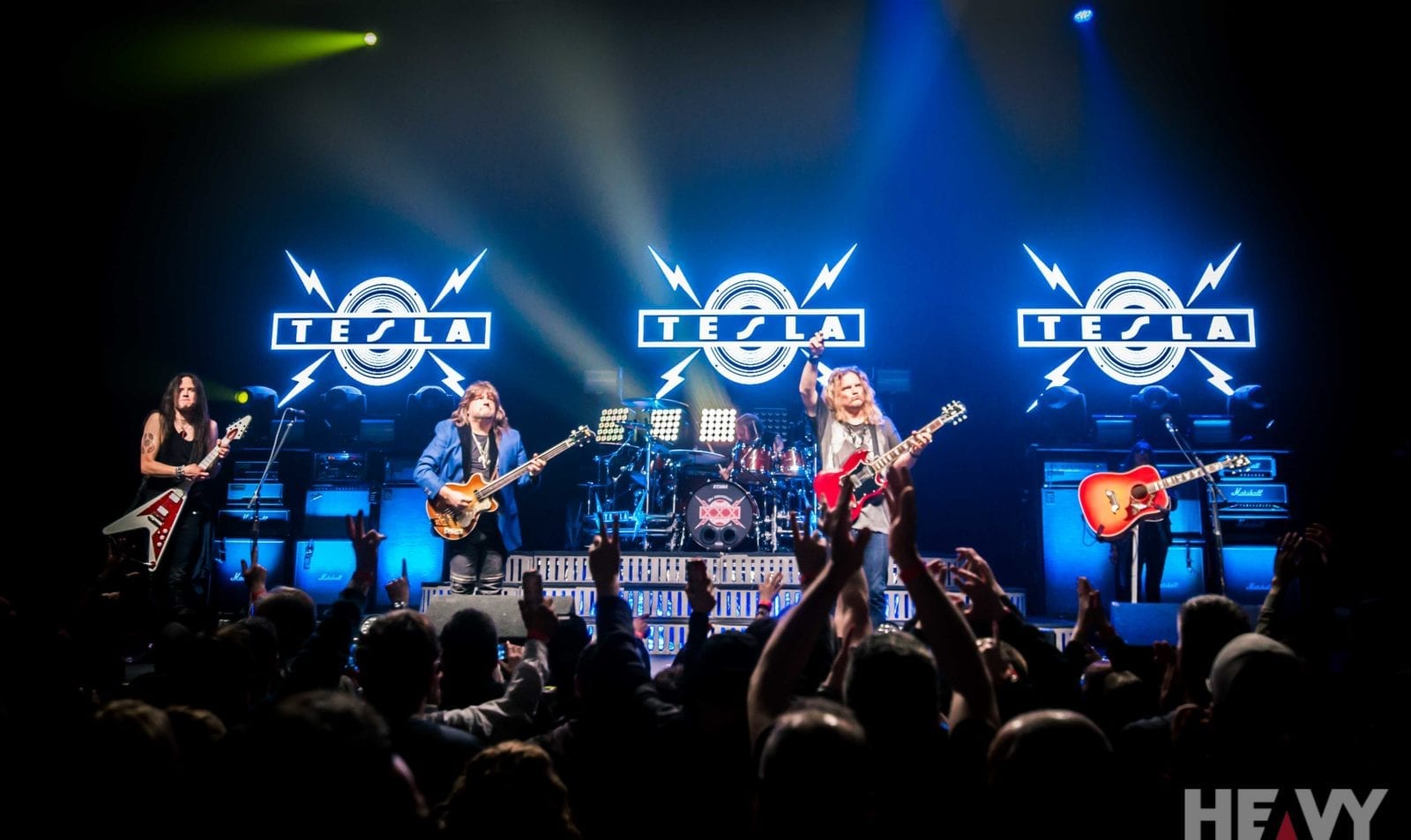 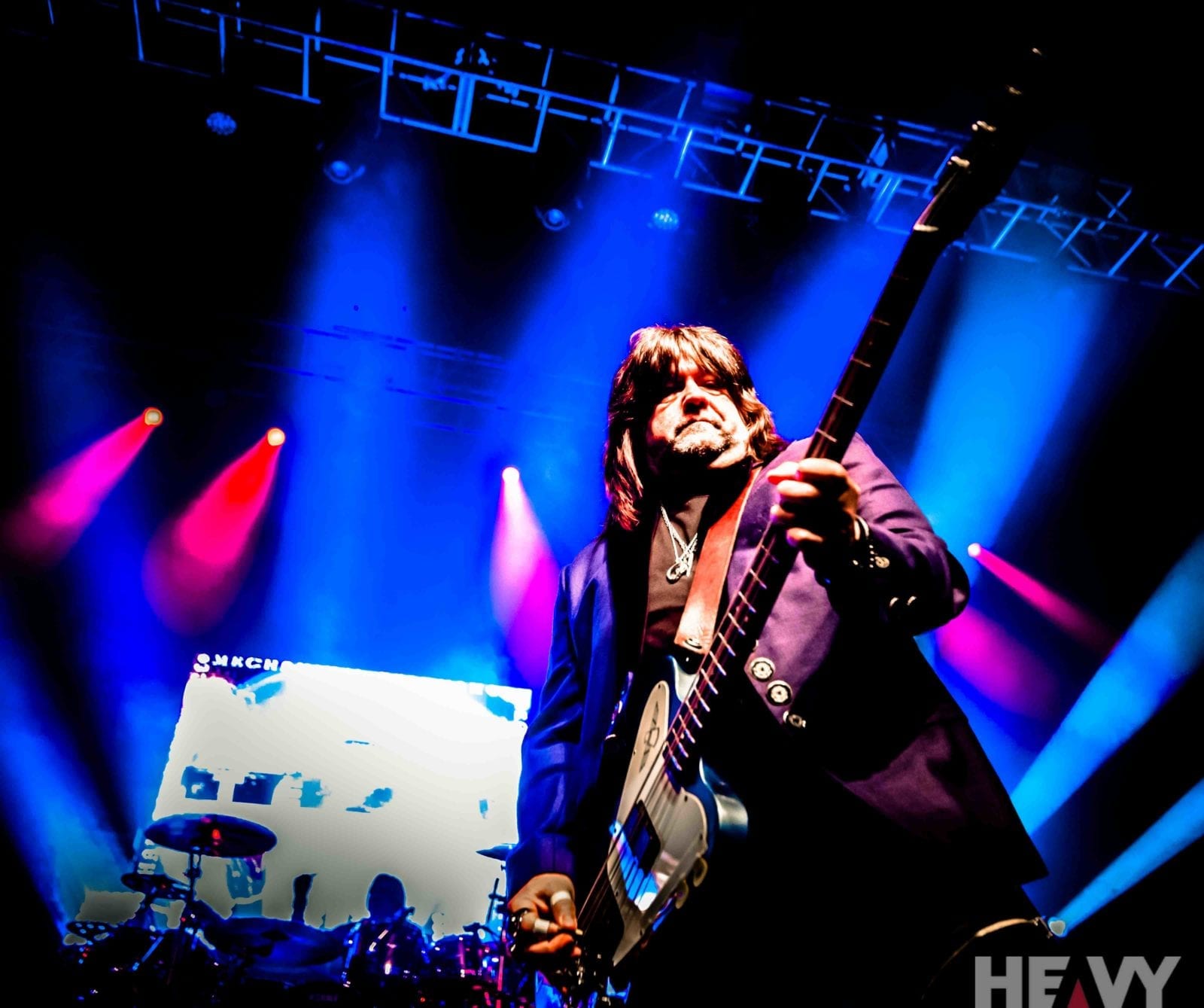 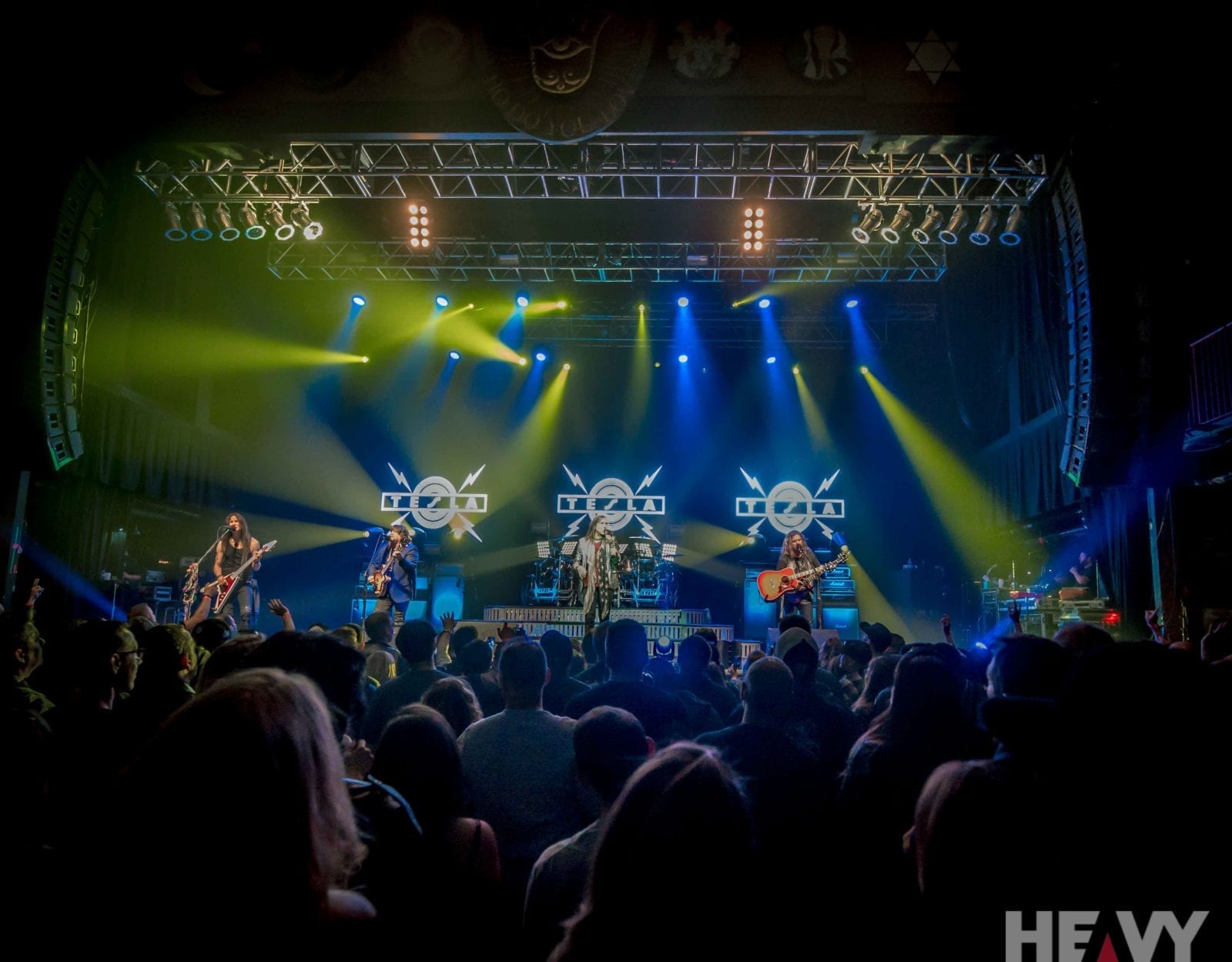 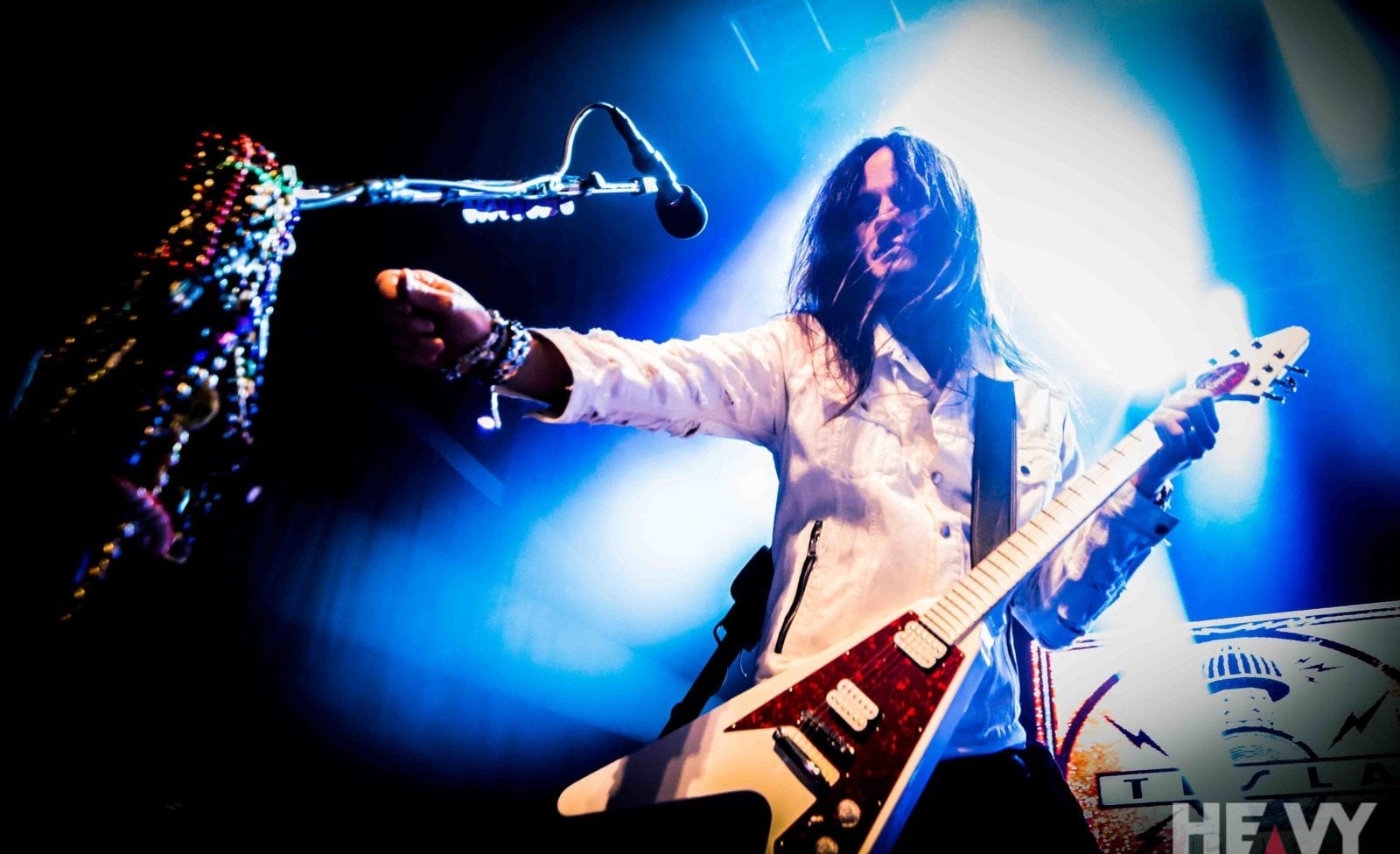 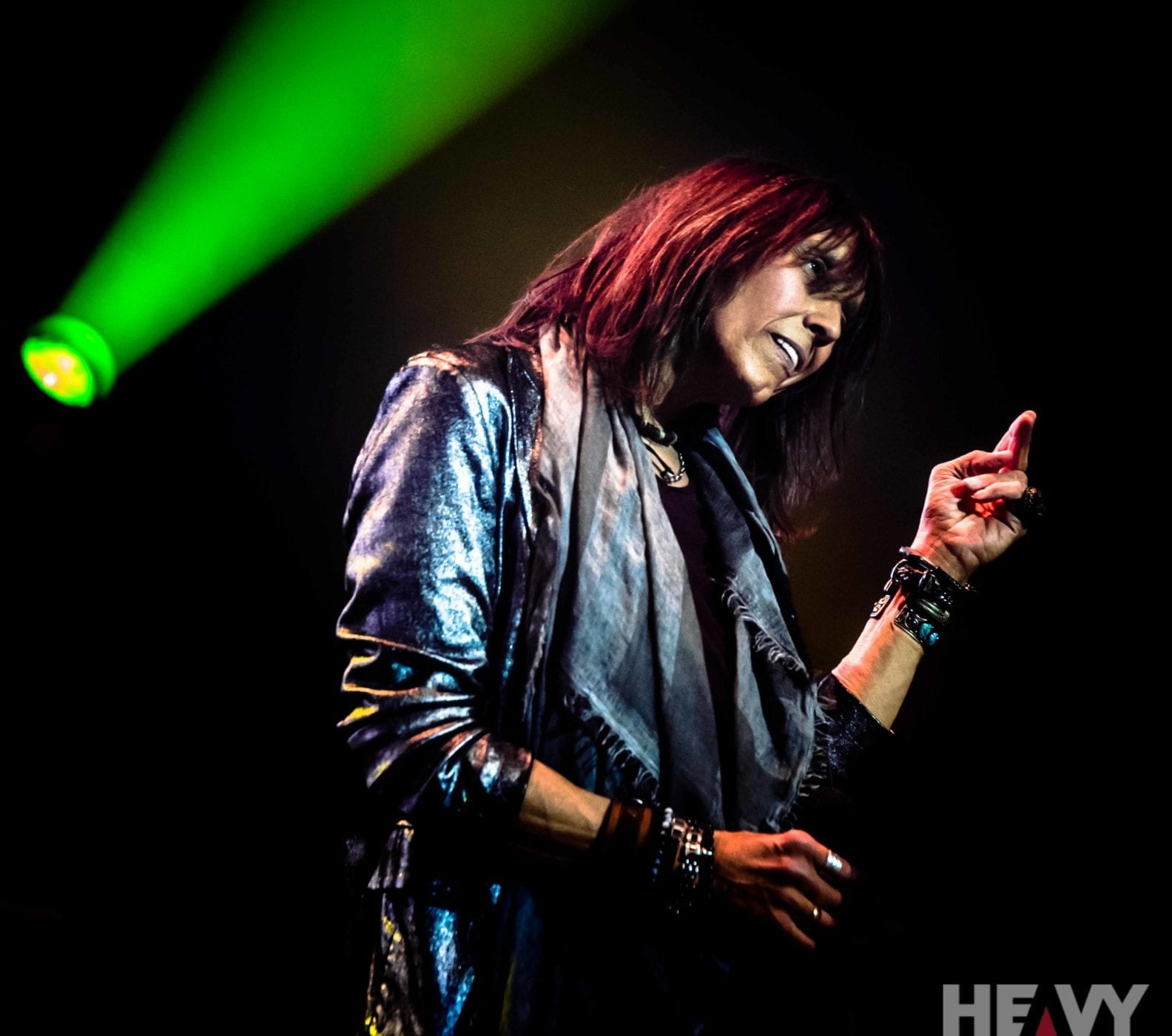 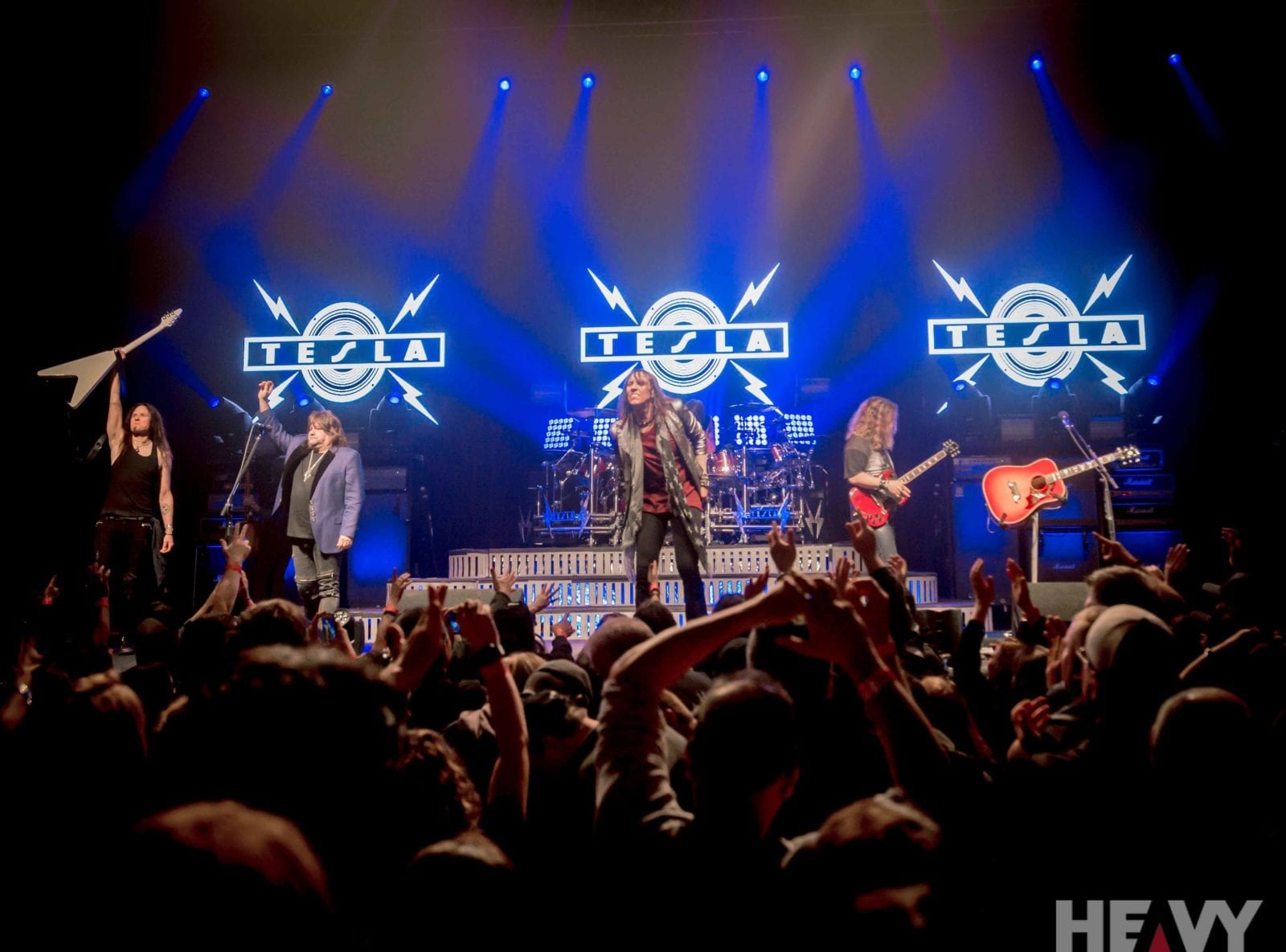 PrevPrevious.FROM ASHES TO NEW and ICE NINE KILLS at The Tarheel, Jacksonville, NC on 13/4/19
Next.Hatebreed at the College Street Music Hall, New Haven, CT (United States) on 20/4/19Next