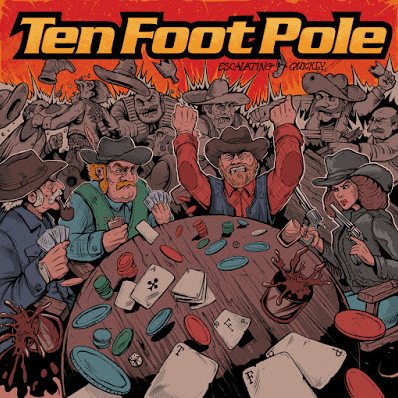 Ten Foot Pole pushes past 90’s melodic punk genre limitations with ‘Escalating Quickly’, their first all-new song album since 2004. The album is set for release on May 10 with a North American Tour to follow, which runs May 24-July 28 and includes a stop at Punk Rock Bowling on May 27. TFP will also be playing alongside The Offspring, Millencollin and many more at the Festivoix Fest in Quebec, Canada on June 29th.

Pre-order ‘Escalating Quickly’ and get two instant grat tracks “Everything Dies” and “Don’t be a Dick” here: https://bit.ly/2YQT2Bb.

On ‘Escalating Quickly’, producer Ryan Greene, anxious to showcase his skills beyond the iconic 90’s albums he produced (NOFX, Lagwagon, and No Use for a Name, etc.), was going for “The Bohemian Rhapsody of 90’s punk,” adding layers of ear candy and outlandish special guest shredding to the solid new TFP songs. Ryan added, “If I never do a record after this I would want people to remember me by this record.”

Guest contributions include guitar shred by Dan Palmer (Death by Stereo, Zebrahead, Billy Bio) and Dan Jacobs (Atreyu), bass riffs galore by “Lil Joe” Raposo (Lagwagon, RKL) and drumming by Sean Sellers (Good Riddance). These all-stars were encouraged to have fun and move past the usual confines of their famous gigs, leading to giggles and bombastic performances. The end result is worthy, according to Dan Palmer: “I’ve
been a fan for quite some time and I honestly think this is the most musically exciting record that they’ve done!”

The walls of vocal harmonies, whisper to a scream dueling guitar riffs, frenetic bass runs, and even 80’s keyboard and effects references compliment some of the best Ten Foot Pole songs ever. Founding member Dennis Jagard, singer/songwriter/guitarist, explains the songwriting process included trial by embarrassment; he carried an acoustic guitar while doing sound for Jimmy Eat World and “Weird Al” Yankovic tours, performing whenever possible, rocking sidewalks, parking lots, parks, and small venues worldwide. “Singing in public helped me to quickly filter out any unworthy new songs. Belting it out in a W Hotel lobby in Seattle, for example, I only wanted to play the best material, the music and lyrics I was not ashamed to sing to random strangers.”

Ten Foot Pole’s history includes being hardcore band Scared Straight in California in the 1980’s, fronted by a pro baseball pitcher up to 1995, being a well-traveled underground Epitaph style band in the 90’s, and slowing down so that Dennis could do sound for Prince and other artists in the 2000’s. In 2016 the album Setlist summarized the band’s 90’s melodic punk identity, just in time for ‘Escalating Quickly’ to move beyond those genre limitations.

‘Escalating Quickly’ will be released on digital/CD and vinyl and distributed by Thousand Islands Records in North America, but was a DIY recording experiment; Ten Foot Pole seeks Patrons willing to subscribe at $1 per month or more, to help fund future recording, and in return offers supporters newsletters and early access to music, podcasts, videos and more.

Links to become a Patron, as well as tour dates, social media links and more info are at TenFootPole.com 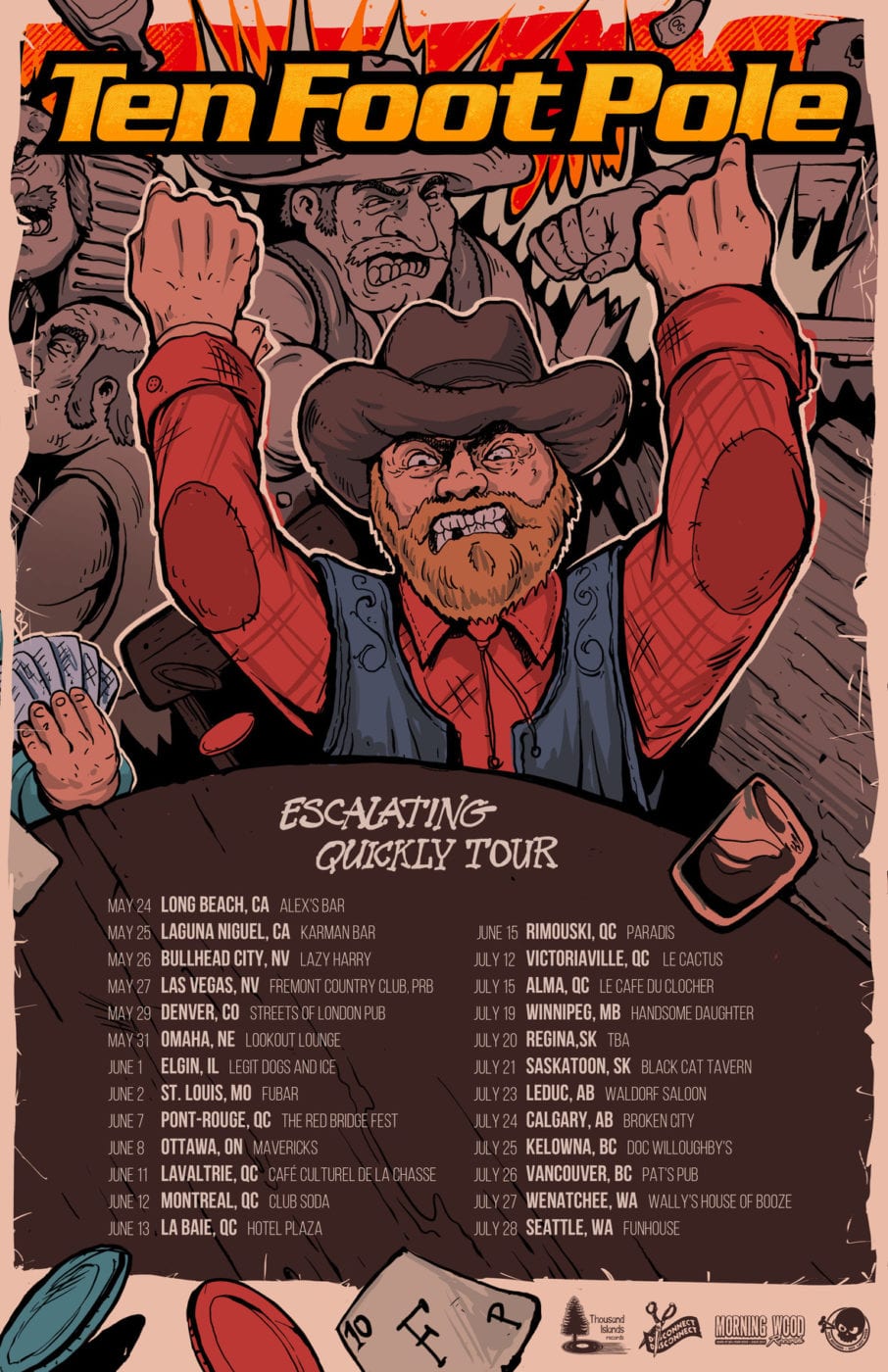