Taming The Voyeur In Us All With UNDEROATH 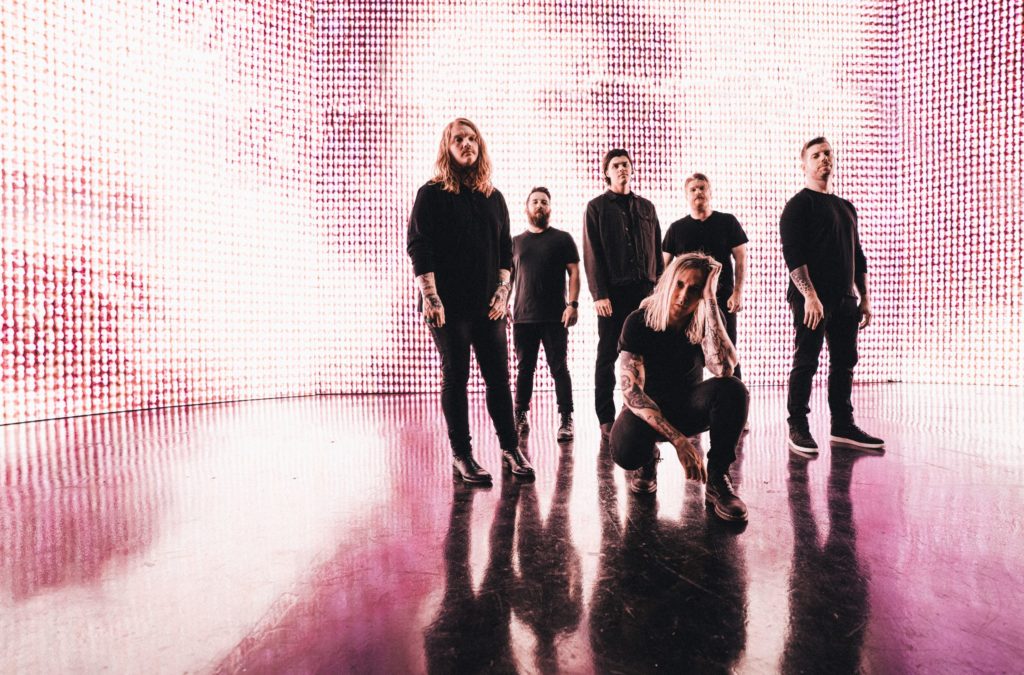 “It was the scariest shows we’ve ever played. I’ve played big shows. I’ve played tiny shows. Since I was 12 years old, I have been playing in front of crowds and those were the most terrifying.”

After seven albums you would expect Underoath to have a grasp on things musically, and with the upcoming Voyeurist (to be released on January 14), the band have managed to accomplish that and more.

For the first time in their career, the band took the recording process completely into their own hands, resulting in the most collaborative effort yet seen by the masters of progressive, heavy rock.

Described by the band themselves as “high-def violence”, Voyeurist is set to be a landmark record for Underoath, cementing their reputation as a band who continually – and successfully – push the boundaries of heavy rock.

“This record is our first self-produced record,” he said. “It’s something that we’ve always wanted to do, but I don’t think we’ve ever been ready until now. Doing a self-produced record is pretty tough because you’re telling each other… when you’re in a band, it’s like a family. It’s kind of big brothers. It’s hard to push each other in the right ways without hurting anyone’s feelings or getting in fights. Obviously that stuff happened during the record, but, yeah, it’s our first self-produced record ever, and it’s definitely – in my opinion, and I know everyone says that – but I truly, firmly believe that it’s our strongest work to date. It was great to be able to really focus and work on it until we were truly happy with it. Being at that point in our career where… I don’t think we need to release records… Underoath has been a band long enough where we can wait five, ten years, whatever. There’s no point releasing a record if you’re not feeling 100% about it. We definitely got to spend the time during all this quarantine and lockdown to make sure we were 100% on the whole album, and we got there. I’m feeling really strong about it.”

In the full interview Spencer talks more about the album, the cinematic live performance they held recently, the conceptual thread running through the album, working more as a band in the studio, the early days of Underoath, how the band has changed musically over the years, touring plans and more.

PrevPrevious.HARLEY & THE WOLF To Release EP
Next.THE METAL TOUR OF THE YEAR AnnouncedNext