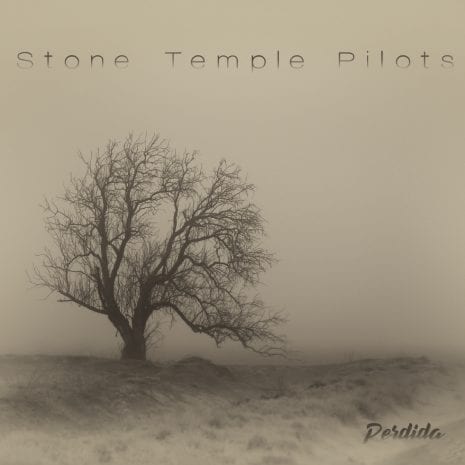 Even upon the first listen of the upcoming Stone Temple Pilots album, there’s no need to be fluent in the flavoursome Spanish language to have a punt at guessing what Perdida translates to in English. Bringing a more elegant cadence to our word ‘loss’, the self-produced Perdida (due for release 7th Feb 2020) is as graceful and grief-stricken as its title suggests. Dropping the rumbling rock’n’roll grit from Stone Temple Pilots [2018] (STP’s debut with new vocalist Jeff Gutt following the tragic passing of previous vocalists Scott Weiland and Chester Bennington), Perdida is an acoustic-based album of gorgeous yet mournful introspection for listeners to sink deep into.

As if to emphasise the realm of loss that Perdida flourished from, the first words we hear from Perdida are “fare thee well”, from opening track and lead single “Fare Thee Well”. An arresting track that elicits both a homely warmth and stinging melancholia, “Fare Thee Well” is like meeting the ghost of a long lost friend. From the very get-go, Perdida is agonisingly honest, with every inch of emotion poured into it out there for all to feel, like running a finger down a rose’s thorny stem; one is stunned by both the beauty and pain it offers.

Listeners would be forgiven for thinking that the album is a dedication to Weiland and Bennington, but Gutt’s lyricism only stretches out to these souls – namely, Bennington’s soul, as Gutt “didn’t know Scott” – in the reminiscent “I Didn’t Know The Time”. A forlorn, dreamy lullaby with luscious timbres, including a flute and a vintage keyboard, “I Didn’t Know The Time” floats like a cloud. Gutt’s vocal melodies are molten butter-smooth throughout Perdida, his capabilities in soothing yet haunting balladry a fine match to dear Scott Weiland’s legacy. Robert DeLeo’s bass lines provide a strong spine to the acoustic delicacy of Perdida, bringing a serene sway to the likes of “Three Wishes”, which is tinged with Middle Eastern hues.

However, it is Dean DeLeo’s acoustic strums that offer the beating heart to Perdida – the fleet of guitars that brother Robert DeLeo flaunted on Instagram back in March 2019 is testament to the thought that went into the elaborate palette of Perdida. Perdida passes through Venice via carnival-esque mandolin in the waltzing “Miles Away”; through Spain via flamenco-injected guitar in title track “Perdida”; through India via simmering Raga drone (alongside palm-based percussion from Eric Kretz and exotically flitting flute) in the nestled jewel of a track “She’s My Queen”. Swells of strings also add rich vibrance throughout, as in the instrumental “I Once Sat At Your Table”, which conjures imagery of the first buds of spring. Perdida is a transient dreamland, its intricacies of colour, tone and texture all a-flutter around the earthy acoustic foundations – it’s a rude awakening when arising from the Perdida slumber.

However, as with all dreamlands, there are moments of restlessness. The lyricism of closing track “Sunburst” feels rather juvenile (the beauty in the idea behind “you’re sunbursting again” is clear, but it doesn’t quite carry off), and the melody feels static and inhibited compared to the rest of the album. But that’s our only niggle from the musical platter we’ve been offered here. Except – are we allowed to miss the raw electric crunch STP are so adept at, even on a self-proclaimed acoustic album? We think so – we’re only human. This reviewer will always be greedy for another “Down” or another “All In The Suit That You Wear”. But Perdida is rich with integrity and vulnerable to the core, and so a track of delicious electric filth would blemish this.

In much the way we reach for Guns N’ Roses’ Appetite For Destruction to rise up from the ashes, listeners will reach for STP’s Perdida to find solace in heartache. STP have produced a beautiful collection of colour that is pleasantly unexpected and that enriches the rock landscape from the very start of the new decade.

PrevPrevious.ACES HIGH – The Australian Iron Maiden Tribute Show – Brings “Live After Death” to Life!
Next.CORROSION OF CONFORMITY, Pepper Keenan Delivers a Promise with the Upcoming Oz Tour, “We are Not Coming Down There to Fuck Around!”Next