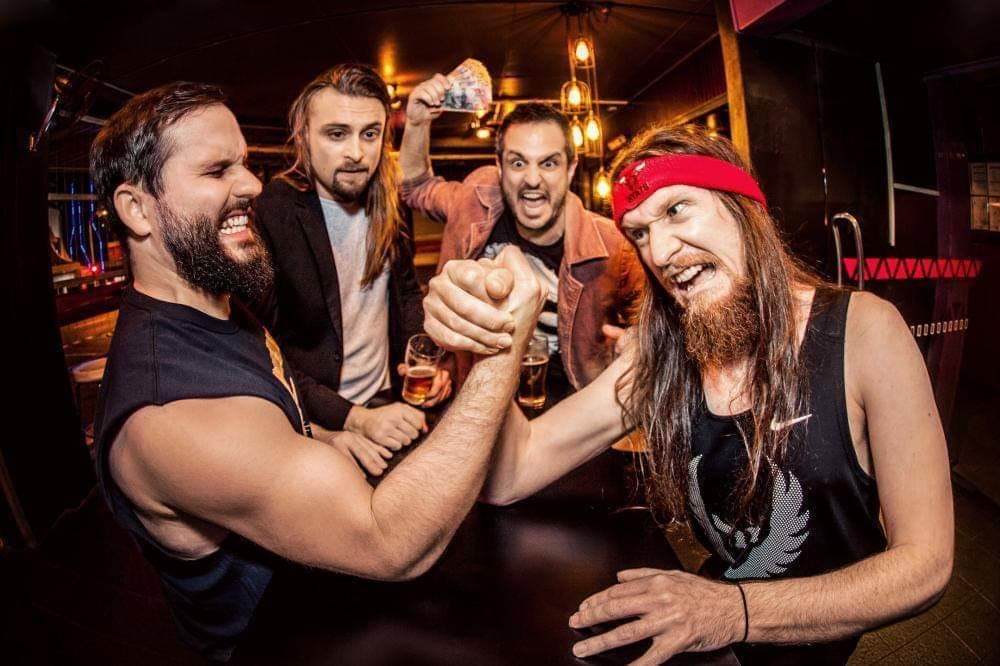 “It’s just in the mixing phase at the moment”, enthused Osaka Punch bass player Reggie on their upcoming single. “We recorded it with Caleb James, who has done our last two tracks, and we’re just getting it mixed at the Gold Coast so once it’s mixed and mastered we’ll be releasing it… well the plan is to release it about a week before we start the Cog tour so we’re definitely getting some new music out there. We’ve had the intention of doing all these new tracks and the new album and stuff but then we had tours come up here and there which kind of kept putting everything back. It’s good to finally have some time to get into the studio and record the stuff we’ve got and start getting new stuff out there and start playing some new tunes”.

In the full interview Reggie goes further into the new single and plans for the next album, discusses their frenetic touring schedule, reveals the mindset of support bands on major tours and gives an insight into the do’s and don’t’s, the bands approach to their music, an in-depth history of the band, an insightful description of his bandmates and more.