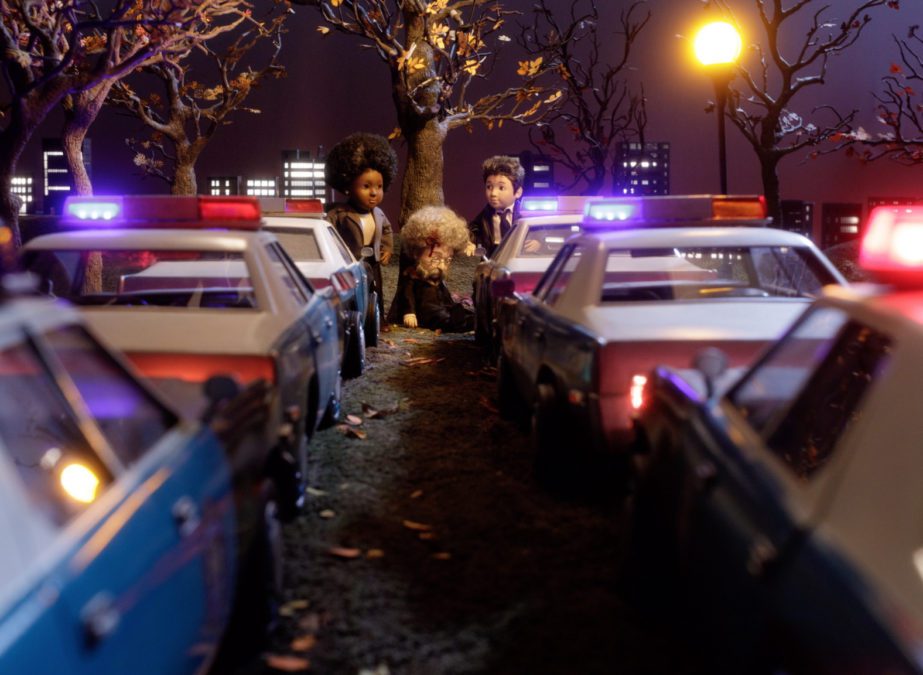 “I’m excited. We tried to write material that I hope can be appreciated in places other than the one I grew up in, and let’s see. I try to write about things that people all over the world care about.”

Here at HEAVY we like nothing more than a bit of off beat humour with explicit and gratuitous lashings of murder, mystery and mayhem thrown in.

Luckily for us, the people behind Australia’s latest streaming service AMC+ have given us all that and more with their new series Ultra City Smiths, a stop-motion animated comedy series brought to you by the creators of Patriot and Robot Chicken.

Centring around an investigation into the mysterious disappearance of fictional metropolis Ultra City’s most famous magnate, Carpenter K. Smith (Kurtwood Smith, That 70s Show), Ultra City Smiths follows two intrepid detectives – David Mills (Jimmi Simpson, Westworld) and Gail Johnson (Da’Vine Joy Randolph, Dolemite Is My Name) – who follow the case, rallying to fight against their city’s dangerous corruption at a high cost to themselves and their families and in pursuit of a gentler place to call home.

Well, throw in the fact the characters are animated baby dolls repurposed as a cast of grown up characters, and you might get some insight into the twisted world in which creator Steve Conrad has invited us.

HEAVY nailed down Conrad to talk about Ultra City Smiths and get some insight into the inner mechanisms of a brain that can turn something like this into pure gold.

“Stop motion animation you’ll remember from holiday specials when you were very young,” Conrad explained, “like Rudolph the Red-Nosed Reindeer and Frosty The Snowman. It’s a type of animation where you move the figurines fractions of inches at a time and then run the film, and it looks like they’re moving. It’s an art form you’ll remember from your childhood, but we have made an adult drama using this art form. I have happened on calling it adult entertainment for former children. I’m hoping to plug into the way we felt about that art when we were kids to use it to explore such mature things as violence and sex and revenge and power etc.”

In the full interview, Steve runs us through the plot line of Ultra City Smiths, the main characters, the city he has created and why it is so bleak, working humour into the storyline, how far you can go with things in terms of censorship using animation, the actors and actresses who provide the voice-overs, creating emotion and tension with animated characters, working with some of the industries heavyweights, future plans and more.