Staying On The Perch With KING PARROT 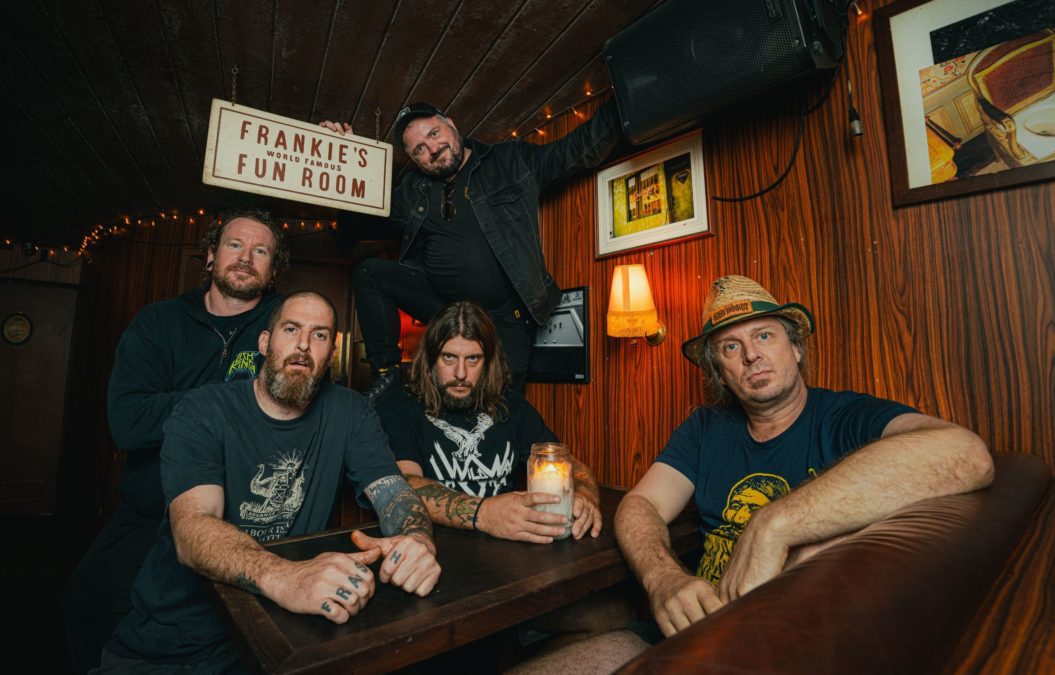 It’s fair to say that Australian extreme metal outfit King Parrot are one of a kind.

Their brand of metal is brutal to every extreme, a sonic cavalcade of relentless pressure that is the musical equivalent of a marauding army.

Going into a King Parrot moshpit is like going into battle, with many an unsuspecting metalhead falling victim to the sheer ferocity generated by a swarming throng of like-minded individuals lost in the moment.

While music to the extreme is nothing new in itself, it is the manner in which King Parrot approach their craft that elevates them into another realm. Not just musically, but also in the form of an entertainment spectacle like no other that is performed by the underdogs, for the underdogs, with no quarter given.

By sprinkling humour through their music and taking little – except the music – seriously on stage, King Parrot have attracted a new legion of fans that may otherwise never have gravitated towards this style of music.

They are the complete package and one that has carried the weight of metal expectations of Australia on their broad shoulders throughout their home country and further abroad.

Now on the tail end of yet another successful Regional Rampage Tour, King Parrot shall soon return to their roost in preparation for another musical ambush on metal fans the world over, but first we tracked down vocalist Matt Young to talk about the remaining dates and what’s next for these flightless birds.

We start by asking if the boys have any tricks up their sleeve for fans in Brisbane, the Sunshine Coast and the Gold Coast over the weekend of June 24, 25 and 26.

“We try and steer away from… as much as a King Parrot show probably looks like a gimmick to most people, we just try and steer away from gimmicks as much as possible,” Youngy replied, “and whatever you see is whatever you get. I think more, so we’re just enjoying getting back out on the road and playing shows again and playing live and remembering how to play the songs (laughs). Most of our songs are short, so we usually jam in about 15 to 20 songs in an hour set. It’s just been great, man, to get back out with the boys out on the road, talk shit, hang out, do stupid shit. Our shows are always so spontaneous and fun and high energy, and it’s been great to experience that again. I guess from my perspective doing the managerial role and being behind the business aspect of the band, I’ve been kind of nervous. We haven’t played for such a long time other than a few sporadic shows here and there, so it was like, are these people in the regional areas gonna come back out? I’ve been pleasantly surprised that they haven’t forgotten us and have missed us, and we’ve missed them. It’s just been… it’s almost been a celebration of sorts getting back out there and playing again.”

In the full interview, Youngy talks about doing regional shows and the importance of them, putting on local up and coming bands at the shows and how it benefits them, a typical King Parrot show and what to expect, how the boys prepare to go out on tour, the new King Parrot album and what and when to expect it, side projects he is in, the possibility ever of a King Parrot ballad, future plans plus a couple of sneaky questions from the PistonFist boys that you HAVE to hear…