It’s time to get Stateside! The Brisbane five piece are today dropping their brand new video for single NEON ahead of their Naive Tour, alongside pals Stuck Out.

The track Neon is from their highly successful 2017 EP ‘Naive’ and features singer Erin in an escape from a controlling boyfriend – she finally finds freedom in a cheekily stolen car. The rest of the band make cameo appearances throughout the clip and they rip through the song together in the garage as well.

The pop-punk as hell tour takes them to Melbourne and Brisbane for 18+ and AA shows and Sydney’s show is Licenced All Ages.

Formed in 2014, through a bunch of high school friends, Stateside is an Australian Alt-Rock band spreading a new-wave of energetic female fronted rock. The original line-up which included front-woman Erin Reus, Ethan Laenen (Guitar), Brendan Heidke (Guitar), Hamish Maguire (Drums) and Denzil Bowen (Bass) started writing demos which were later released in 2015 as the bands debut EP, ‘Burning Bridges’. This EP saw them all over the country supporting the likes of The Wonder Years, AS IT IS, Cute Is What We Aim For, Knuckle Puck and With Confidence.

The band then spent majority of 2016 carefully re-structuring their sound with producer Troy Brady (ex-The Amity Affliction) and parted ways with bassist Denzil Bowen. From this came the bands debut video clip for single, The Way We Were which ignited excitement all over the world and took the band to new heights reigning in 500,000+ views in a short few months.

Sophomore EP ‘Naïve’ was released shortly after in May of 2017 and with the addition of new bassist Jackson LeHane, the band spent the rest of the year on tour promoting the EP with the likes of Against The Current and Stepson. Naïve tells a story of heartbreak and anger that allows front woman Erin Reus to open up and emotionally connect with the listener.

Stateside have toured nationally with Against The Current (US), Stepson, Far Away Stables, Forever Ends Here and supported AS IT IS, Knuckle Puck, The Wonder Years, Cute Is What We Aim For and With Confidence. The video clip for The Way We Were has over 500’000 views in 9 months and EP ‘Naive’ hit #9 on the Alt iTunes Charts & #28 overall charts.

Tickets are on sale now for the Naive tour with Stateside and Stuck Out, presented by Destroy All Lines at stateside.oztix.com.au. The Single ‘Neon’ is available now in iTunes and Spotify. 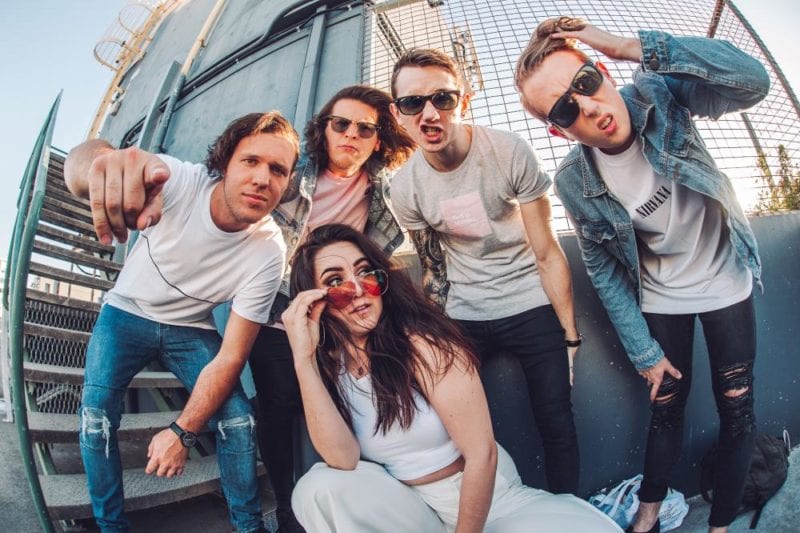