SPRING LOADED With A Sprinkle Of MAGIC DIRT

After the overwhelming success of the inaugural Spring Loaded in pre-COVID days, this year the festival has returned bigger and better and is taking in a large chunk of the country in the process.

Australian iconic 90’s bands have joined together to provide a nostalgic trip down memory lane with most of their faculties intact and ready to rock like it was last century!

Bands such as Grinspoon, You Am I, Regurgitator, Jebediah, Magic Dirt, Frenzal Rhomb, Custard, The Fauves, The Meanies, Tumbleweed, Screamfeeder, Caligula and MC Lindsay ‘The Doctor’ McDougall have all assembled and hit the road, with the first show of the massive tour recently being held at Randwick in Sydney.

Magic Dirt are a big part of proceedings, with frontwoman Adalita sitting down with HEAVY during the week to talk about the tour and 30 years of Magic Dirt.

We start by pointing out the obvious that Spring Loaded is a massive undertaking of some of this countries finest past and present bands.

“It sure is,” Adalita smiled. “The old gang are back together (laughs). It’s a huge festival. We did our first one in Sydney, thank God it happened. It was a bit of a knifes edge with the COVID cases there but we got through and did the first one not long ago and mate, it was unreal! We had the best time, the crowd loved it, and it was such a good vibe.”

“Almost?” Adalita laughed. “ It is! Oh my God, we’re loving it. It’s great to see everyone. some people just haven’t aged! I’m backstage going ‘are you drinking from the fountain of youth?’ I dunno, Jay from Frenzal Rhomb looks exactly the same, what’s going on? It’s unreal.”

In the full interview, Adalita takes a trip down memory lane with some funny stories from touring in the past with these bands, discusses the healthy state of Australian music, Magic Dirt’s 30th birthday this year, some personal and band highlights from that period and more. 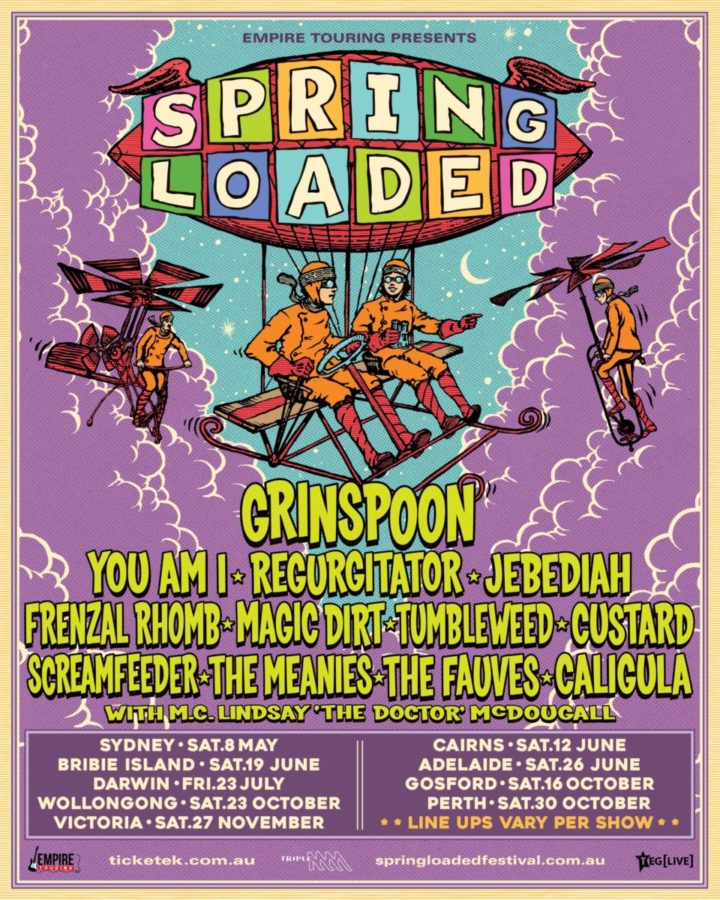