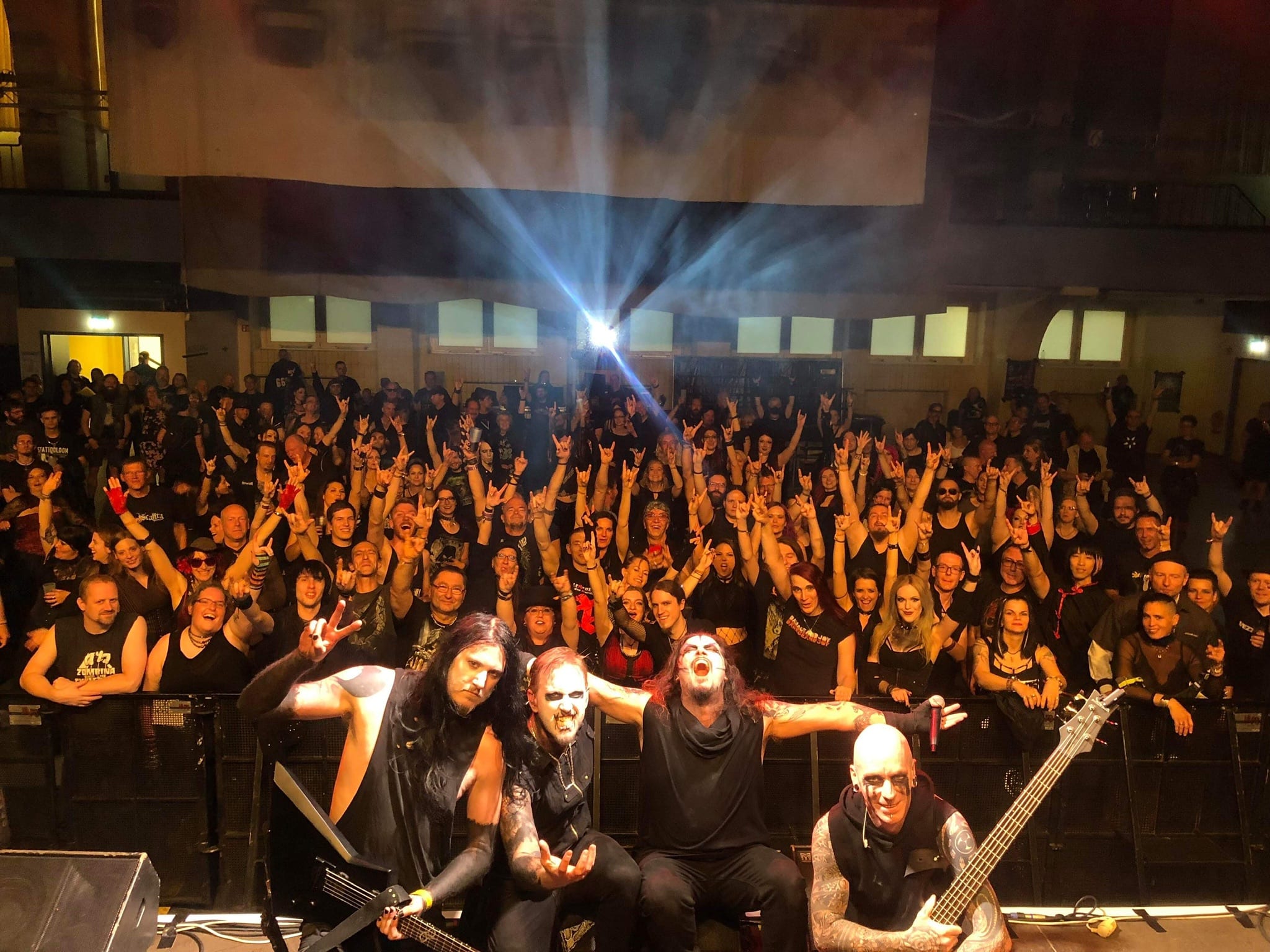 “The Dream is well and truly alive and well in the world of Darkcell. We recently completed our first European tour, which included 2 festival appearances in the UK and Germany, making a legion of new fans and planting the seeds for future visits, by making an impression the only way we know how to. After wrapping up a successful tour here in Oz, we made the trek to London, rehearsing at RnR Studios (Owned by Adrian Smith-Iron Maiden, and managed by his son Dylan) then we were off playing our first show, supporting Goth pioneers, Christian Death at the iconic Underworld, in Camden, where we made a solid first impression, before touring extensively through the UK, including a Festival appearance in Blackpool, playing alongside SHVPES (singer is son of Bruce Dickinson-Iron Maiden). Played a fantastic show in Edinburgh also at the iconic Bannermans, mixed by Rob from The Exploited and the Bar is managed by the guitarist of Love/Hate and Warrior Soul.
The UK as a whole love their metal, and the live music scene is a far cry stronger than here in its support of music across all platforms. We got a lot to learn.
We drove from big cities like Camden and Manchester to small historical towns like Whitchurch, where you feel transported to the 1800s. We made friends with many great people and even got tour tattoos in Blackpool.
We left the UK and headed to Leipzig, Germany to play the worlds biggest Goth Festival, the Wave Gotik Treffen. Thousands flock to this event yearly and Leipzig was taken over by a sea of black. We got to share the bill with Cradle of Filth, Lord of the Lost, Christian Death and so many great acts.
We had the daunting task of opening our stage at 4:30 pm, uncertain who we’d play to, but a little promo prior from us and a positive keen spirit to leave a lasting impression saw us play to the biggest turnout at our stage all day and quite a few fans who knew us already. Felt good and we enjoyed one of the best shows we’ve been fortunate to play. Playing bass on this tour, we had the honour of sharing the stage with Jonathan Devoy(From Love to Violence/ ex Jerk), who handled the task like a pro.
We learned a great deal on this tour and made a very strong and lasting impression in Europe that we’d be crazy not to return to.