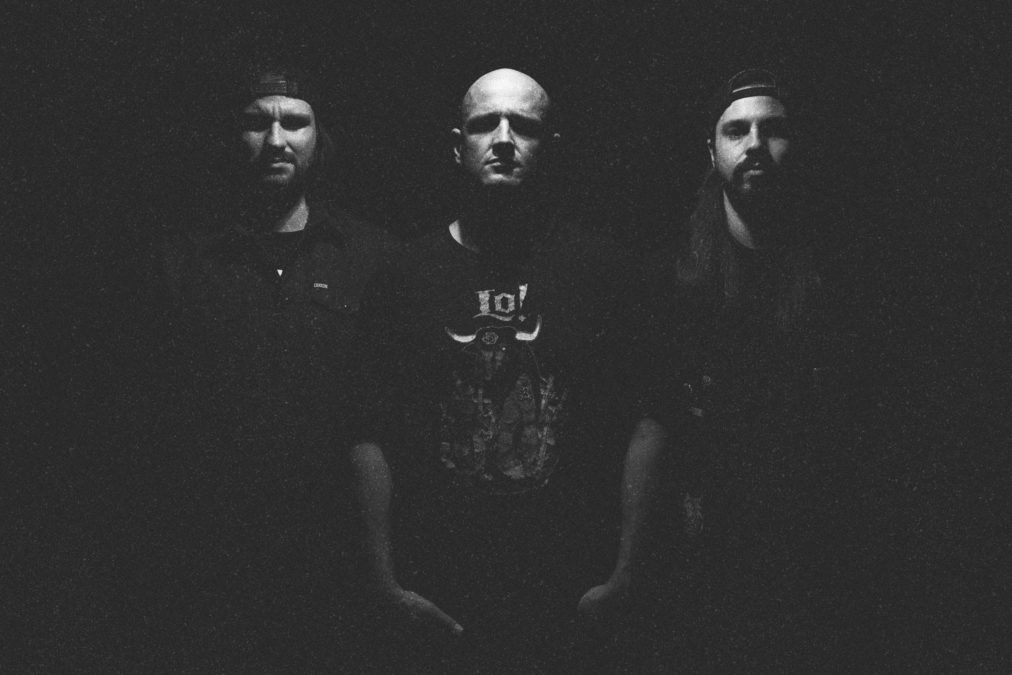 Metal of Honor presented Southside Of Hell, a collection of live metal bands from Brisbane, supporting Black Rheno from Sydney on their National Tour.

Mansfield Tavern did a fantastic job of hosting the event, with the venue, food and staff being of fine quality all day/night.

Initial gripes: none really, walking in on Dr Parallax’s set was a good way to get a feel for the room, both atmospherically and sound-wise. Typical Brisbane bass bin, but with a bit more treatment on the mids and highs than other venues hosting metal.

Odd times. Good times. No rhymes More taps than the plumbing section at bunnings and odd but still groovy time signatures that guarantee that you’re dancing looks like you’ve slipped on the onions. This is brutal fret abuse from the bearded Cairns kunzis. Who needs a singer when your music is this interesting?

Great mix of metal and rock. Covering the spectrum of classic grooves mixed with throat-shredding vocals commanding the audience’s attention with charismatic stage antics from singer Pip, and bassist Jacob. Voted best-dressed band of the day by Vogue.

Kicking off with metals inclusion of the 2-minute song culture, Mindsend djent their way through a drop C barrage of confronting yet conventional metal before their 4th song “No Tomorrow” provided some sonic space that let all musical aspects of the band shine. Definitely a fan of their more progressive material.

A parade of terror inquires the audience’s attention and begs the question, is this style over substance? I’m gonna go ahead and say ‘no fucking way’. Melodically, its Manson meets Blondie with their own original twist. Final song “Guillotine” was a set highlight both musically and theatrically.

Coming out with all hairstyles flailing, Odius remind us that thrash is alive and well in Brisbane. Last time I heard these masters of metal was at Brightside. Wow! What a difference a decent venue makes. “Ignorance Paid In Violence” amps up the atmosphere to boiling point. I can’t recommend the E.P of the same name enough. These kunzis can do no wrong. Bonus points for sweep picking on the bass. “R.T.S.M.K” inspires a well-deserved crowd surge, as Lucas and the lads settle into some vicious thrash. Sam never fails to deliver on the sixer, with some tasty finger work worthy of the finest pussy.

Twin vocal attack more present than cancel culture, this band feels led by the amazing C.J on drums, also of Diskust fame. This man bashes the China harder than a trump supporter, providing some much-needed bounce, giving the audience a reason to front up to the stage. Very Soufly but still in their own lane. Stand out lyric ‘bullshit’ In the last 10 seconds, the guitarist kind of went off on his own tangent, playing Eruptionesque tapping sequences which was ultimately a segue to the hidden track that no one else knew about. Pure metal.

With killer guitar tones and a commanding frontman, Rhino remind us that quality original rock is great to dance and drink to. Great tension, delivery and versatility. The audience and band could ‘chug’ all night it seems Great stuff. The final song was also the festivals 1st and only inclusion of the major scale. Which, to be honest, felt like a breath of fresh air.

Atmospheric pressure set to climate change, and Massic fill the pit with some brutal hardcore. 1st song “Assimilate” made me drink beer. Haven’t done that in years. That’s how good this band is. Singer Simon acts like he has something to say. Something kind of lacking from most of the bands so far. This man has been through hell and back, and he’s got a story to tell. Oh, the joy of anger. Such glorious anger. The band launch into “The Herder” with Barrelhouse’s Pip as guest singer. The combination of his and Si’s voice completely fills the sonic spectrum and was a highlight of the set. “Devolve” shows off their drummer’s amazing chops, I was struggling to find the time signature occasionally, the sign of any interesting time keep. Still completely moshable. Again, oh the anger. A new track of an upcoming album, “Duplicity” gets a run. Each song is like an event into its own. This track is no exception. Brutality that inspires, sincerity that transcribes. Was cool to see bassist Rashid let himself go and embrace some solid 4/4 mayhem. Anger.

Dark. Foreboding. Deep. Intense. Unrelenting. Grinding. Death. This is a master class in saturation and excess. For serious lovers of sonic domination. All the churches in the immediate area spontaneously combusted and shat themselves during the band’s set. Pure evil in the most glorious of rhythm sections., this band demands your attention with their music. Such a full sound for a 3 piece. Loudest band of the day so far. Not for the faint-hearted, nor the weak. Fucking sick. Enjoyed every moment of their performance.

It’s been over 8 years since I’ve seen this band. Been waiting all fucking day and the moment has finally arrived. Such a sick band that even their soundcheck was an event. Self-confessed environmental nu thrashers who have no time for James Hetfield’s bear hunting antics. Don’t let the Gerhard Reinke inspired ball poppers (mankinis) and comical lyrics (1st band I could actually understand the lyrics) fool you, this is serious metal played with ferocious precision. Best kick drum sound I’ve heard in Brisbane for 8 years as well. Dead dolphins in abandoned shopping trolleys is a major concern not addressed by today’s youth. Hopefully, F.U.C will leave an impression on the kids (all 8 of them, a concern for the scene in my opinion) witnessing this mayhem tonight. “Dick Massage” was equally chaotic as it was inspiring. “Salad Dodger” was a triumphant exposè into meat and eggs on a plate. Crowd involvement reached peak levels with “The Elephant Song”, as it should. Can’t wait until next time.

The crowd had dwindled by the time the penultimate act hit the stage. The 6 man circle mosh was perpetuated by the bands unrelenting Slayerchug. Very competent in what they do, Flaming Wreckage take no prisoners and supply the metal hungry crowd with ample doses of said element. No hipster hardcore here. Just old school savagery with passionate intensity. The final track had some tasty time signature bending moments in the outro.

Sydney’s Black Rheno burst onto the stage like a freight train destroying all in their path. Equal parts Peter Garret, Henry Rollins and Mark ‘Jacko’ Jackson, lead singer Milla obliterated the audience both on and off the stage, instigating the best circle pit of the night. It’s when this band isn’t going full tilt that they are most interesting in my opinion. The new song was a high point, which is quite satisfying knowing that the band is evolving as they progress further into their career. Covering F.U.C’s “Elephant Song” was a bold move that paid off. The ultimate tribute. Jacob from Terror Parade/Barrelhouse jumping up and smashing out some guest vocals would of been a highlight as well if the 2nd mic was turned up enough. But frenetic atmospheres are bound to have technical issues.

Overall, a decent foray into what can only be described as Brisbane’s old school metal scene. Did feel like a bunch of people getting drunk and enjoying their mates being in time and angry, but it is what it is. All that was missing was a Vomitor reunion.