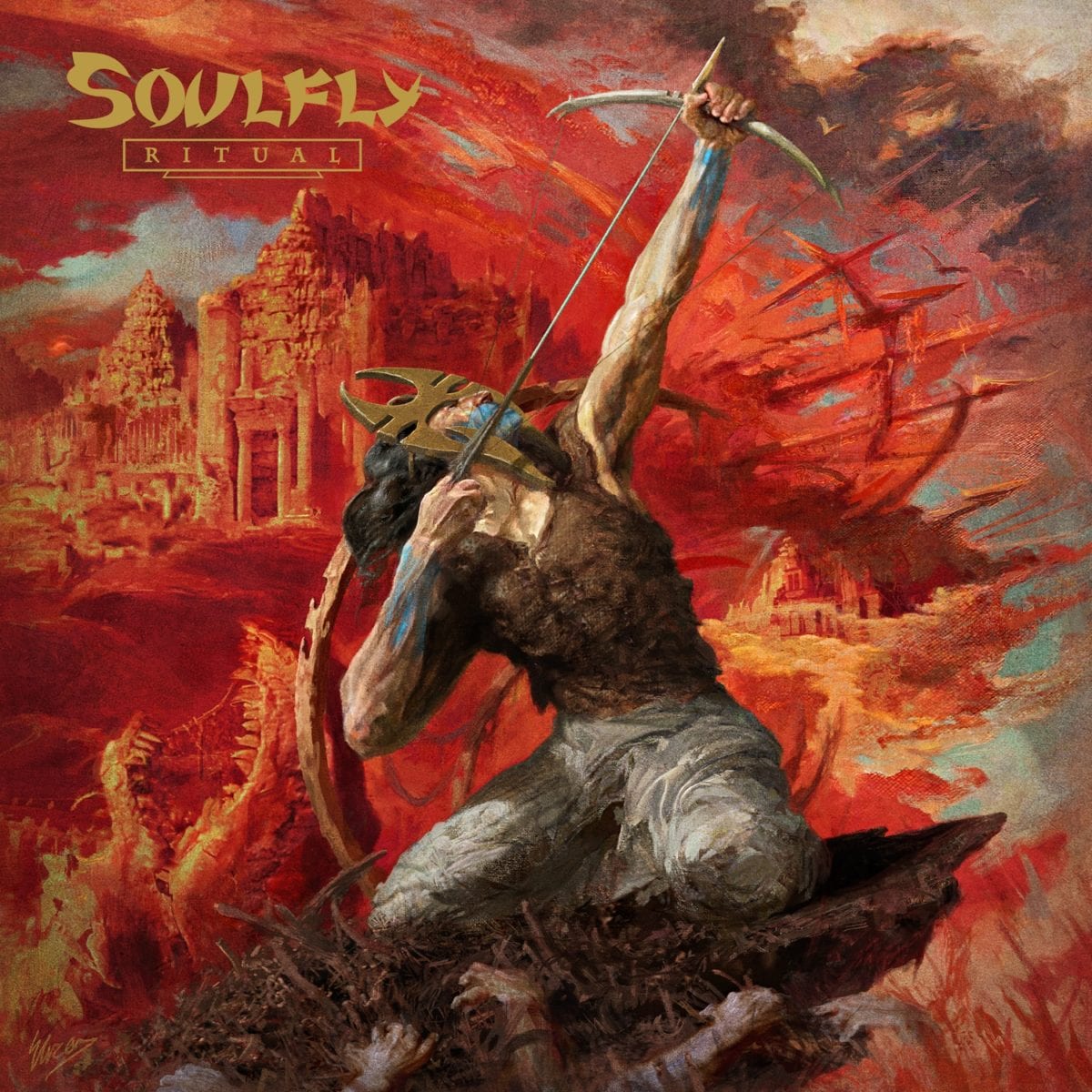 You certainly never know what you are going to get on a Soulfly album these days. Their first album Soulfly way back in 1998 was like a collision between world music and heavy metal… a gem of an album that I still consider one of the best albums ever recorded. As the years have gone on though the Soulfly sound has continuously evolved until the last album sounded more Cavalera Conspiracy than Soulfly… it was as heavy as all hell.

Now comes their eleventh album, Ritual, an album that feels like Max Cavalera and co are really trying to capture both their sounds, mash it together and then let it out free to the public.

Opening track, ‘Ritual’, really is a call back to the original Soulfly sound with the tribal sounds really feeling like a call to war… it is somehow both haunting and beautiful all at once. That then gives way to the brutal ‘Dead Behind The Eyes’ which verges on death metal in parts a sound which is aided by the brilliant stylings of Lamb Of God’s Randy Blythe.

That is just the start of the brutal onslaught that is Ritual though. ‘The Summoning’ continues the trend with Cavalera’s manic cries of ‘make me holy’ again bringing something special to the fore while that beautiful brutality continues with ‘Evil Empowered’ which is in your face but at the same time contains some epic guitar work from both Cavalera and Marc Rizzo.

It takes until you reach ‘Under Rapture’ to work out that you are really onto something special with this album. Here everything just seems to come together – again Rizzo’s axe work is amazing as he seems to experiment mid-song while the harshness of the new Soulfly sound is further enhanced by the gruff vocals of Immolation’s Ross Dolan. This track is just pure brilliance and is a lesson to anyone out there who wants to make heavy music.

From there Ritual just gets better and better. After a mellow opening ‘Demonized’ is lifted by Cavalera’s soaring vocals, likewise ‘Blood On The Street’ starts with the Soulfly world music influence and then becomes one of the tracks of the albums with fast paced vocals hammering home the point ‘she never knew she was next.’

The tribal drums return with the sensational ‘Bite The Bullet’ which feels like a teeth-wrecking punch to the face, then there is ‘Feeback!’ which again sees the elegance of the guitar seemingly working against the harsh brutality of the track but somehow coming together beautifully well. The album then closes with the very worldy instrumental track ‘Soulfly XI’ which mainly consists of saxophone… yes saxophone… which I guess still shows that Soulfly is still more than willing to experiment.

It is a good thing that Soulfly fans are such a diverse bunch because this album is really a case of never knowing what you are going to get next. Still having said that it is an amazing album that once again sees the band not put off by a little bit of experimentation and it has more than a few tracks that you want to listen to over and over. Soulfly have delivered the goods once again.