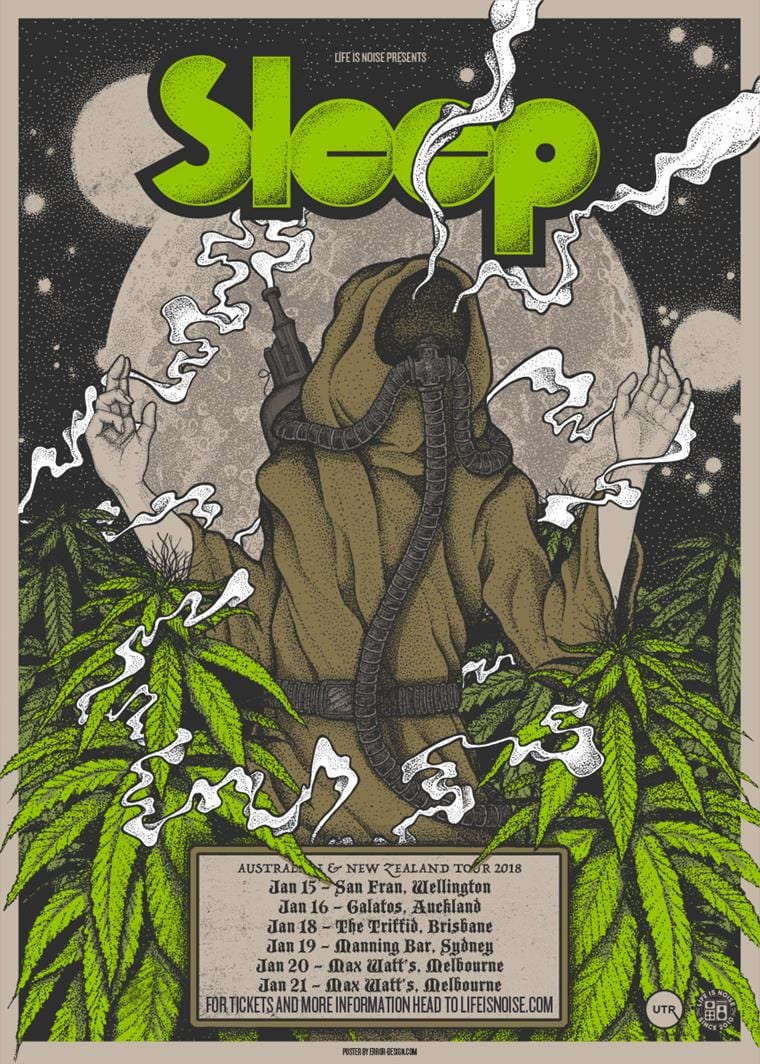 LIFE IS NOISE is proud to announce the selection of supports for Sleep’s upcoming tour, taking place across New Zealand and Australia in mid to late January 2018.

Kicking off the tour in the first support slot at San Fran in Wellington is Earth Tongue. This hypnotic two-piece will mix delicate twangs, daunting fuzz and commanding vocals when they take to the stage on Monday, January 15.

The second New Zealand show, held at Galatos in Auckland, sees Old Loaves as the next support. Purveyors of grungy sludge riffs and churning atmospheric song structure, they’ll serve as a dramatic opener for Sleep on Tuesday, January 16.

Coming up next is Hobo Magic, joining forces with Sleep at The Triffid. This impressive psych trio keep their Sabbath influences on their sleeve, never shying away from big riffs and dirty solos which they’ll be slinging on Thursday, January 18.

As Sleep arrive in Sydney, the show’s warm up is graced by mesmerising fuzz riffs from DAWN. Slow, warm, hypnotic and near venomous in delivery, this cult-like four-piece will coil around the audience in python-like fashion on Friday, January 19.

The second Melbourne show at Max Watts brings ORB to the stage as a hot-ticket stage opener. Shamelessly full of fuzz and drenched in slacker aesthetic, their fusion of old grooves with modern hooks scratches both itches with ease – as audience members will undoubtedly experience on Sleep’s final show on Sunday, January 21.

Catch Sleep on the following dates:

Tickets and further information from lifeisnoise.com