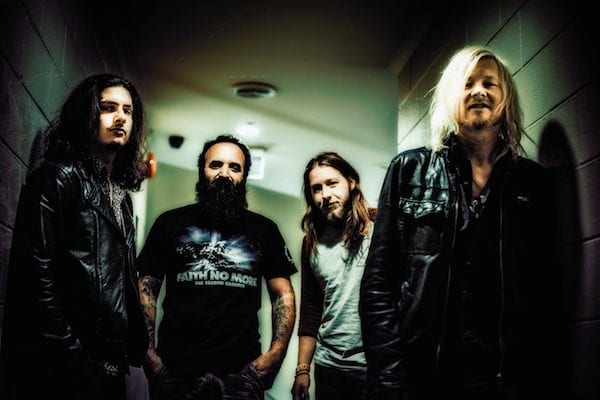 Melbourne based rock n rollers, Palace of the King, return with a brand new single, It’s Been A Long Time Coming, out November 20 through powerhouse indie record label, Golden Robot Records, as they head to Sydney’s Bridge Hotel on Friday, November 24 with label mates, The Heartache State and The Kids.
With smashing stadium rock production and all the Oz Rock trimmings, the four on the floor anthem is the first track lifted from their hotly anticipated album number 3, Get Right With Your Maker, due to drop in early 2018.
Formed in late 2012, Palace of the King, have become known for their bluesy, soul-infused, riff-heavy, psychedelic rock n roll.  They’ve spent years conquering stages across the world, and will further cement their position as leaders of the Australian rock revival with the release of their third full-length studio album.

Far from a grave-robbing retro trip, Palace Of The King has just as much in common with Rival Sons, Graveyard and Jack White as they do Led Zeppelin, Black Sabbath and Deep Purple – when bands released an album a year and toured ’til the wheels fell off the tour van.