Sipping From The Poison Chalice With PURENVY 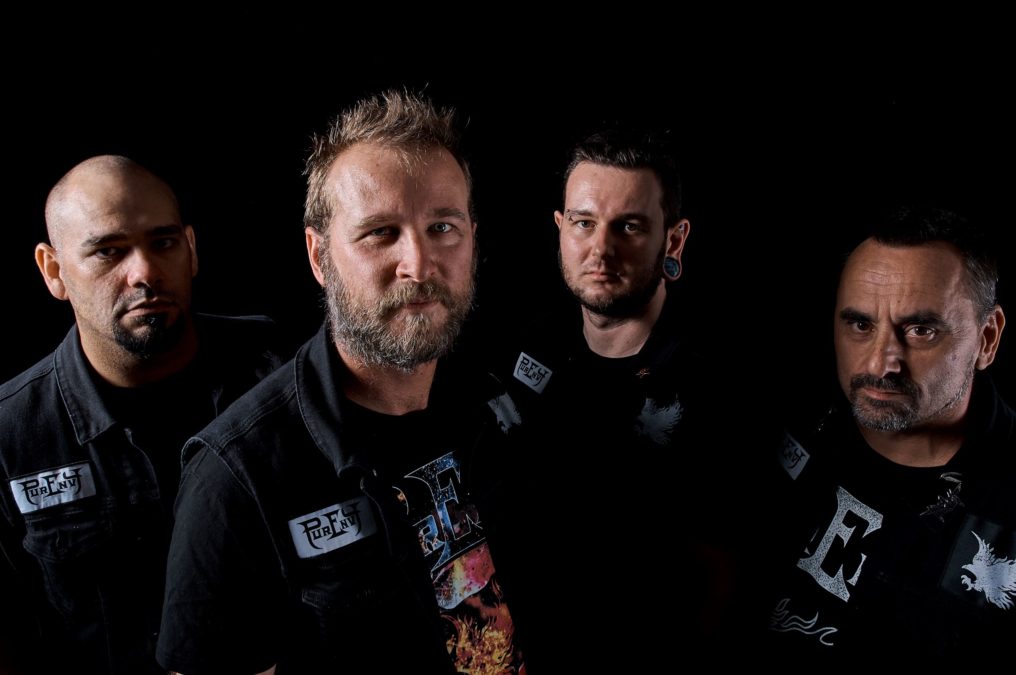 A combination of world events and everyday life conspired to rob the band of their gathering momentum which began with their debut album As The Light Fades and grew rapidly on the back of a tireless touring schedule that saw the band regularly playing outside of their comfort zone.

Rather than ease their way back into things, PureEnvy are preparing to unleash a monster of a tune by the name of Sweet Poison, which is due for release on August 5.

Picking up as though their last note was played in anger mere hours before rather than years, PureEnvy continue their relentless assault on the Australian music scene with a slab of unbridled aggression that proves that idle hands can be put to the greater good.

HEAVY caught up with guitarist/vocalist Josip Malkoc to talk about the new single and what the band have been doing for the last four years, starting with how the nerves are coping in the lead up to what will be their first new music in four years.

“I think it’s like anything that you do,” he measured, “when you put yourself out there it’s always nerve wracking. At the end of the day, you have to be confident in what you’ve got. We’re pretty stoked with the final result and we’re just keen to see what people think about it. You write the music for yourself, but people out there are going to listen to it, and there will be people that like it and people that don’t which is all good.”

While PurEnvy have a set sound on the surface, they also utilize the extremities of their chosen genre to create a fresh musical landscape that allows them to veer in many different tangents.

Sweet Poison may be a thrash song at its core, but Malkoc argues the end result in sound is more of a natural arc for PurEnvy rather than a preconceived direction.

“Music for us is never like a set out mission,” he offered. “You turn up to rehearsal one day and it’s a case of what do you think about this riff or this? From there you write the rest of the song, so it’s never a case of we’re going to write a song about this or anything like that. It’s just whatever comes out. Most musicians tend to evolve over time so it’s all an evolution of how you play and your musical tastes and influences change.”

In the full interview, Josip discusses Sweet Poison in greater detail, talks about the lyrical concept behind the song, the structure of the song and how it grew naturally, the possibility of more new music to come, how much PureEnvy have changed sonically since Redemption, upcoming shows and more.

Sweet Poison will premiere via HEAVY at 11am AEST on Thursday, August 4.