Showing The Way With LIGHT OF THE MORNING STAR 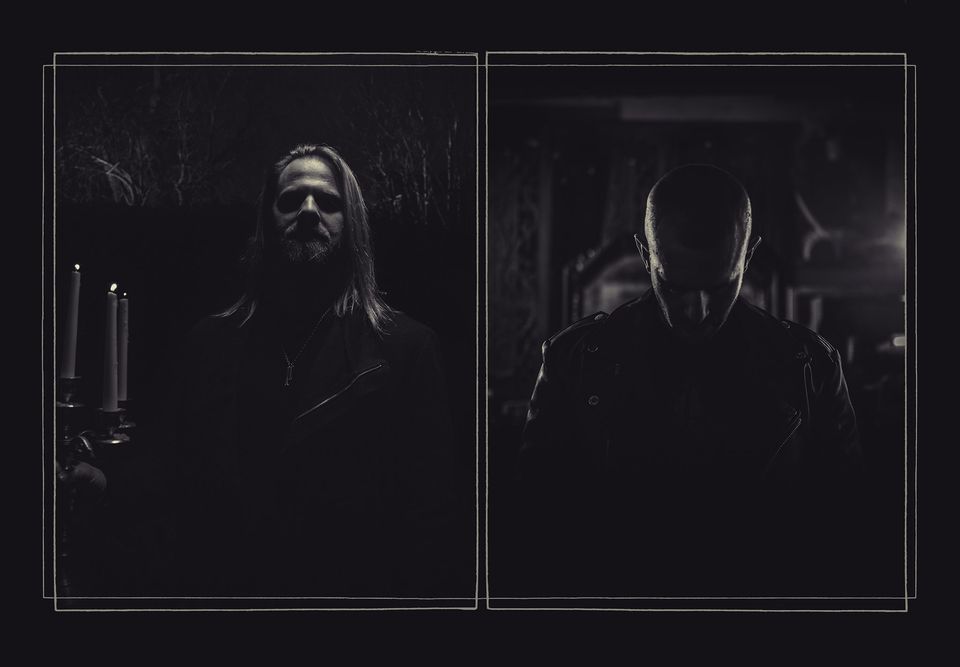 With Light Of The Morning Star releasing their album Charnel Noir on October 1, conflicting schedules and time zones made it difficult for us to connect for a written interview, but we managed to sort the next best thing – a Q & A – so read on to find out about the album from the mouths of those who wrote it…

HEAVY – Light Of The Morning Star will release your second album Charnel Noir on October 1. Tell us about the album musically and what you were going for with it.

LOTMS – Thank you, Kris. Musically, the album is very in line with our previous work, and with whatever else we release going forward. I say that, because there are a set of parameters that we operate within that direct what we do. The band was started with a clear vision, musically, aesthetically, and spiritually and we stay this course. As for what we were going for, the most important element of Light of the Morning Star is to capture an essence of darkness and dread; we want the listener to feel haunted.

What goals did you have going into it and did you achieve them?

We wanted to create something with all of the chilling atmosphere of the night, sustained tension and uncertainty, and to conjure images like the coverart to stick in people’s minds when they listen to us. We also think it’s very important for Light of the Morning Star to be accessible. I do think we achieved this, and we’re very happy with the results.

I think that is certainly a fair summary. I’m a fan of all of those genres, some more than others, and it obviously shows in our music. Of course, every artist has their own interpretation or idea of what their output should or could be classified as, and differ or not, I definitely don’t recoil at that description.

Those genres don’t sound like they should work together, but somehow they do. How difficult is it combining so many genres into a cohesive sound?

While it is, of course, a conscious and focussed effort to make music for Light of the Morning Star, stylistically it comes naturally, without much active consideration. Maybe because we’ve been immersed in our influences for so long, and they’ve had such an impact on our playing styles, we don’t feel it to be anything forced. For colour, the vision was always to distil the most potent elements of a certain kind of Black Metal (Mortuus, Mayhem, Katharsis), and certain kinds of Goth (Babylon Whores, The Sisters of Mercy); these influences are what I hear in the way I play, not just in LOTMS, so that obviously translates and is imbued in our music.

The cinematic aspect of your music is a big focus. How much thought and planning goes into those compositions?

I’ve seen ‘cinematic’ used to describe our output a number of times now. I find it flattering when in reference to the music, but admittedly, this wasn’t conscious either. When I think of the ‘cinematic’ elements of Light of the Morning Star, I think more to the aesthetic and lyrical bases; the darkness, the themes, the imagery.

Is there a central theme or concept to the album?

As with all Light of the Morning Star, the central themes are vampirism, necromancy, and Devil worship; again, primary pillars that we operate within. Pushing a bit further into ‘Charnel Noir’, there is a focus on predatory feminine vampirism, and also late 19th Century Paris, a period in a place that I am obsessed with.

What does the title Charnel Noir actually mean?

‘Charnel’ in English is obviously linked to death, but in French it translates to ‘Carnal’. ‘Noir’ is self- explanatory. I felt this double entendre or translative fluidity offered the perfect summary for the album. It’s also elegant, but pitch black.

To date you have released the singles “Where Are My Shadows” and “Spectres”. Are they a good representation of the album as a whole?

I think so. I think ‘Spectres’ is probably the best summary of Light of the Morning Star overall. The title track of the album is another one that represents what we do well. But my favourite song on the album is ‘Our Night Hours’.

You released your debut album Nocta four years ago. How does Charnel Noir differ musically.

It differs very little, in my mind; as I said, we have a path that we follow, and we don’t really stray from it. But maybe things on ‘Charnel Noir’ are amplified a little more. Also, JSM is drumming on this record; I started the band with him, but while he contributed to ‘Cemetery Glow’ and ‘Nocta’, unfortunately he couldn’t perform on them.

How has Light Of The Morning Star grown as a band since that debut album?

If I’m honest, there’s been little change. Apologies for repeating myself, but there is a very clear and strict vision, with little room for movement. I suppose, we’ve continued to crystallize this artistic vision even further.

What are your plans for the rest of 2021 or beyond, or is it too soon?

We will continue to write new material, and hopefully embark on more touring, but nothing is set in stone as yet.