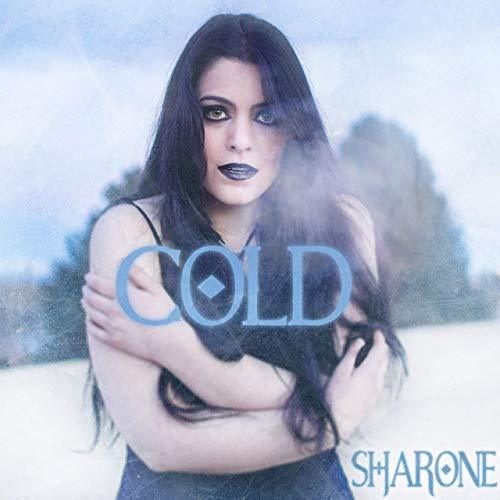 Denver, CO based dark rock artist SHARONE has released the official music video for her newest single, “Cold.” Directed by Kyle Lamarof Digital Myle and SHARONE herself, “Cold” is the first single and video off of her upcoming LP, Reflection, due out December 7th, 2019.

“Sharing a part of your soul with another who leaches passion and life will undeniably cause one to change,” says Sharone. “In the moment it’s easy to deny; to accept you are the problem. By doing this you are stifling the creative passion that makes you an individual leaving that leach standing in victory whilst you suffer internally. Isolation and solitude become your only solace. They’ll leave you waiting until the wounds pulling the passion out of your veins hopefully close up. Even then, are you free?”

Channeling chaos into art, Sharone erupted onto the Denver music scene as a solo artist in 2014 playing local DIY venues; since then she has gone on to play venues such as Marquis Theater, Bluebird Theater, and Gothic Theater, playing festivals, and opening for bands such as One-Eyed-Doll, The Birthday Massacre, Fuel, Saving Abel, Davey Suicide, Tantric, Hell’s Belles, and Stitched Up Heart. The atmospheric and melodramatic music of Evanescence and the psychedelic blues of Black Sabbath inspired Sharone to start performing her music live, and to eventually release her 2017 demo album, Storm.

Despite sustaining a dark and nearly melancholy tone on recordings, the gothic artist’s live shows are nothing short of energetic, full of heavy piano riffs, pulsing rhythms, and enthralling theatrics. From emerging from a coffin to jumping off of monitors and captivating contortions, Sharone captures the interest of each audience member through her piercing stage chemistry with her live musicians, and her ever-growing theatrics.

In the spring of 2017, the singer left her mark on the Denver music scene with the release of her first rock album Storm. Following the release, underwent a complete lineup change in her band, and came back stronger than ever with the reincarnation of her dark sound: Enchiridion of Nightmares (2018).

Sharone followed up the release with three exhilarating summer and fall tours, reaching audiences across the western, central, and eastern United States, and is currently working on her third studio album. This unique rock artist is destined for success in the metal and goth rock realm.

Sharone’s third studio album, ‘Reflection’, is due out December 7th, 2019.

PrevPrevious.Good Things Are Coming with PARKWAY DRIVE
Next.THE BUTTERFLY EFFECT and Hammers at Metropolis, Fremantle on 24/8/19Next