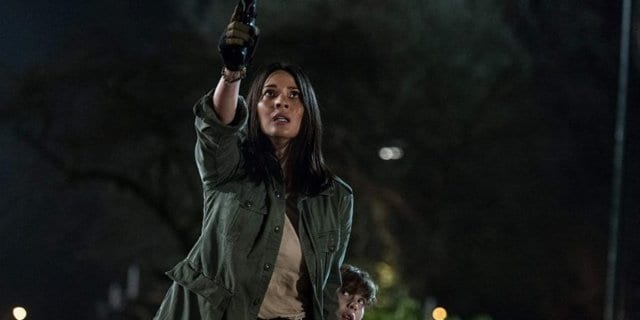 Ever since the trailers for the new Predator movie have been out fans of the franchise have been every excited. Maybe modern day audience goers of the younger generation don’t realise just how important this franchise is to many of us older sci-fi film fans. For me, like many others, Predator was one of those movies that you wanted to watch before you were old enough to really be watching it. It had Arnie in it so your wanted to watch it, but the only way to do that was to sneak it into the bundle of VHSs your were hiring from the video library when your parents weren’t watching.

Of course fans of Predator have had to sit through some truly awful films on the journey (the last one was a dog) but even the trailers for the 2018 The Predator are giving us all some hope, as is the fact that is co-written and directed by Shane Black – the man who has brought us films like Kiss Kiss Bang Bang, The Nice Guys and Iron Man 3. So we thought what better way to find out exactly what Predator fans have to look forward to then to hear directly from Black and one of the stars of the movie Olivia Munn (X-Men Apocalypse, Office Christmas Party).

“The Predators have been coming, these aliens, to Earth and hunting us, here and there for awhile,” explain Black as he describes the plot for the new film. “But now people have noticed, it is no longer a secret so much because the Government knows what is coming now… they are familiar with Predators. They have established a defence agency dedicated to protecting us solely from them and in case of a Predator incursion incident and this movie is about that incident. We are trying to encompass in this movie all of the kinds of genre things that we loved, from Johnny Quest right through to Alien, through to Steven Spielberg and never forgetting the realism, and we have a R-Rating so yes heads come off, these Predators are going to slice and dice”

The heroes in this movie seem a little on the strange side but Black says they are there for the right reason. “They are fractured, somehow they got broke but they also found each other. And I think that it is interesting that these kind of oddballs with unbelievable combat skills are somehow now with this attitude problem, they are an almost dirty dozen who have come together in this way.”

The big question that fans want to know though is what we can expect from the Predators themselves this time. “There is a mask that is friggin’ cool and then you take off the mask and it is even cooler,” he says with a deadpan expression. It is a creature that walks like us and understands us and has the same kind of primitive impulses as a human being but it is clearly not from here. Let’s make them all tie together, not stretch it so far so that they lose the spark of what was so great about the original Predator – that human quality, which was as deadly as it was it wasn’t just an animal, it had an intelligence and a cunning and it could look at you and see what you are afraid of and catch you. They are hunters and we don’t know why they do it, we explore that in this movie, but to them it is a bit of a vacation. For some of us we would go fishing and hunting but for them they travel to another world and they put their lives on the line, it is almost like a fear factor for them. These soldiers were hunters and wherever they trained, they’ve got blades that attach to their wrists, they have got infa-red cannons, that are targeted to their head and eye movements, that fire plasma blasts that can take out the side of a mountain and yet they always seem to want to play fair somehow, they always want to find an opponent worthy of their skill.”

Like many of the fans of the franchise is was knowing that Shane Black was involved with the film that made Olivia Munn want to get involved. “It was working with Shane that made it really appealing to me,” she says. “I sat down with Shane and I just think that he is one of the best directors and writers. I have loved his movies for so long and I think he always does things that are very interesting, very creative and very new. HE always finds ways to surprise the audience even if it is just with a line, he does things that are very real that we wouldn’t normally see on camera.”

She then goes on to talk about her character. “Dr Casey Brackett is the top of her field. She is an evolutionary biologist, she is essentially a scientist who researches how creatures change and adapt and she has been on the CIA and Government’s lists of who to go to ever there was ever contact with intelligent life forms. This is something she has been waiting for her whole life, not actually knowing if it will ever happen, but she goes through the process when they bring her in but that was years ago and she has been living her life when all of a sudden the calls comes through and they what it means and they need her expertise. It is definitely terrifying and it is definitely surreal but at the same time it ignites something inside of her, it is completing something inside of her because this is what she studies and this is something completely different to anything else here on Earth. That is very exciting for her but she is running for her life. At one point she is chasing to capture this Predator and wanting to study it, even if nobody ever sees her research it is just for her, she wants to see it up close, communicate with it, touch it, see it, but at the same time her life is in danger and she has to run for life.”

Of course Munn also got to work up close to the Predator as well. “The first time I got to see it all together, with the mouth and with everything moving was on set,” she says. “We were filming something and then they got the cast to go into this other room and see, and it was wild. I had no idea how alive and real it would be. It is identifiable in a human way as well. It has arms, legs and it has a head, there is something very familiar about it but at the same time it is like something we have seen before. You think that you know an opponent and you think if you go up against another human you will know what their capabilities are, so you look at this Predator and see its arms, legs and head and it seems like it would be human-like but of course it is not, it’s strength and abilities are far beyond anything that we can even think about and I think that is what is so terrifying, it so familiar but we have no idea how to deal with or survive it. Being on the set is surreal, unless you are there it is hard to grasp the scale of these things and how real it feels, the spaceship feels real, the ark feels real, and they actually built an entire forest. And it is not some small patch, they built a forest, they built a swamp and you are there and there are real trees and there are real things and they built a cliff and you are inside it doing it. Then you are sitting in the Spaceship, in the Predator Captain’s chair and it is massive but it is those things that help ground you in the reality of the story that you are telling.”

The Predator opens in cinemas on the 13th September. 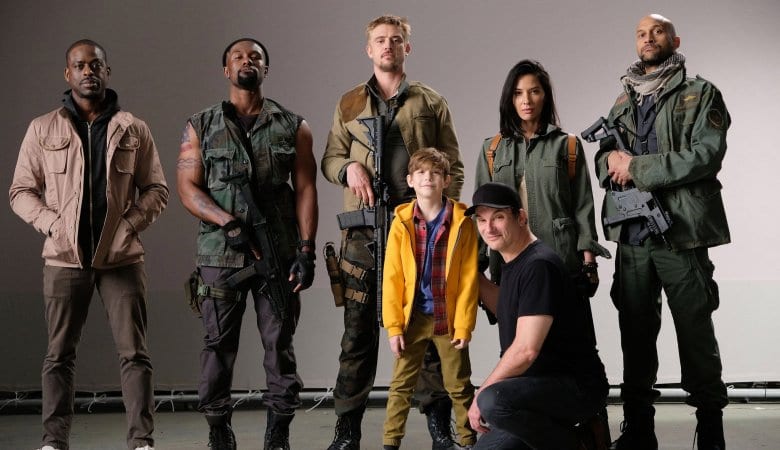 PrevPrevious.Two New Clips From THE BASEMENT Released
Next.The Cast Of THE HATE U GIVE Take Us Behind The ScenesNext