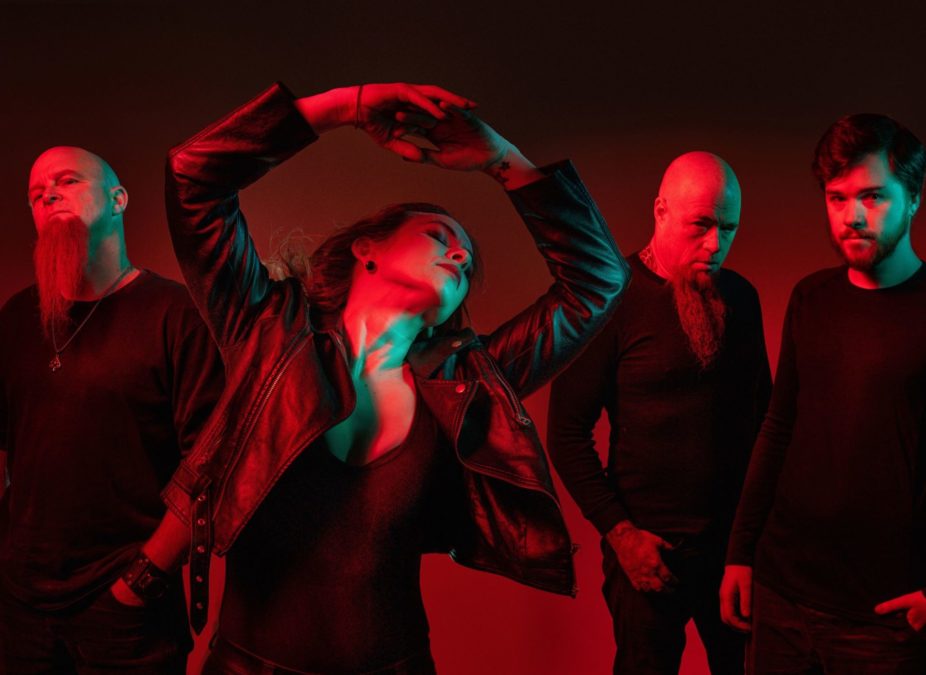 After a couple of COVID forced aborted attempts to tour their most recent album RED to our shores, New Zealand rock outfit Devilskin are finally on the cusp of fulfilling those commitments with their first Australian headlining tour kicking off on April 29.

RED is an album that saw Devilskin transcend even more musical boundaries with its diverse approach to hard rock music, further enhancing the growing reputation of a band that has patiently gone about their business over the course of two previous albums and a number of high profile supports.

Bass player Paul Martin spoke with HEAVY about the tour and the relief it is finally going ahead. We start by broaching the subject that although the album is now two years old, it still has relevance in the modern music scene.

“This Red Tour for us was really important,” he stressed. “We feel we haven’t given the album the chance it deserves to be heard. Obviously, as soon as… I think it was a week before we released it the COVID thing hit… it was a mess anyway, so we couldn’t get out and tour it. Aussie was going to be the second stop after we’d been to the UK and Europe, so it’s so exciting now that we can finally fulfill this. We felt a debt, if you like, to the Aussie crowd. We owe you guys a tour, and we’re still really excited about the album and we wanna share that excitement. The state of things in the world at the moment where we are hearing talk that if you wanna go out and tour again you really need to record another album – and that’s fine because we’ve got plenty of material to record, but we need the time and the money to do it – but, like I say, we all feel that we haven’t given this album the attention that it deserves because we couldn’t play it live. Playing an album live is really a lot of fun for us. The rehearsals have been cranking and everyone’s super excited.”

RED was the best received Devilskin album to date, garnering rave reviews and being positively viewed by both fans and critics. Despite its relative age in the scheme of things, Martin still considers the music on the album to be a good reflection of Devilskin in 2022.

“Definitely,” he affirmed. “We’ve, dare I say, moved on a little bit more. We’ve been writing new stuff, and we’ve got new tunes that we’re ready to go with. An albums only ever a snapshot of this one specific time. It’s like a photograph. So many times in recordings I’ve done, like my first band oh my God (laughs), we recorded the EP and then about a week later I learnt how to do pick squeals properly, and I was like shit, can we do it again? It’s just where you are at the time. Musically, the songs; the songwriting and the structure feels to us like it’s matured and progressed, and we all feel the band is definitely stepping up and up all the time, so RED is a good representation of where we are at, but I think the next album’s gonna be the same. We’ve got more to offer yet and some kick ass songs that we want to record. We’ve got a photograph of one instance, and it’s the same with the live show. You see the band at that moment when they are playing those songs, and it’s… again, it’s a snapshot.”

In the full interview, Paul runs through the tour, talks about the variety of songs on RED and how it came together, how they approach headline shows as opposed to supports, their love of Australia, bringing Shepherd’s Reign over for support and what to expect from them and more.