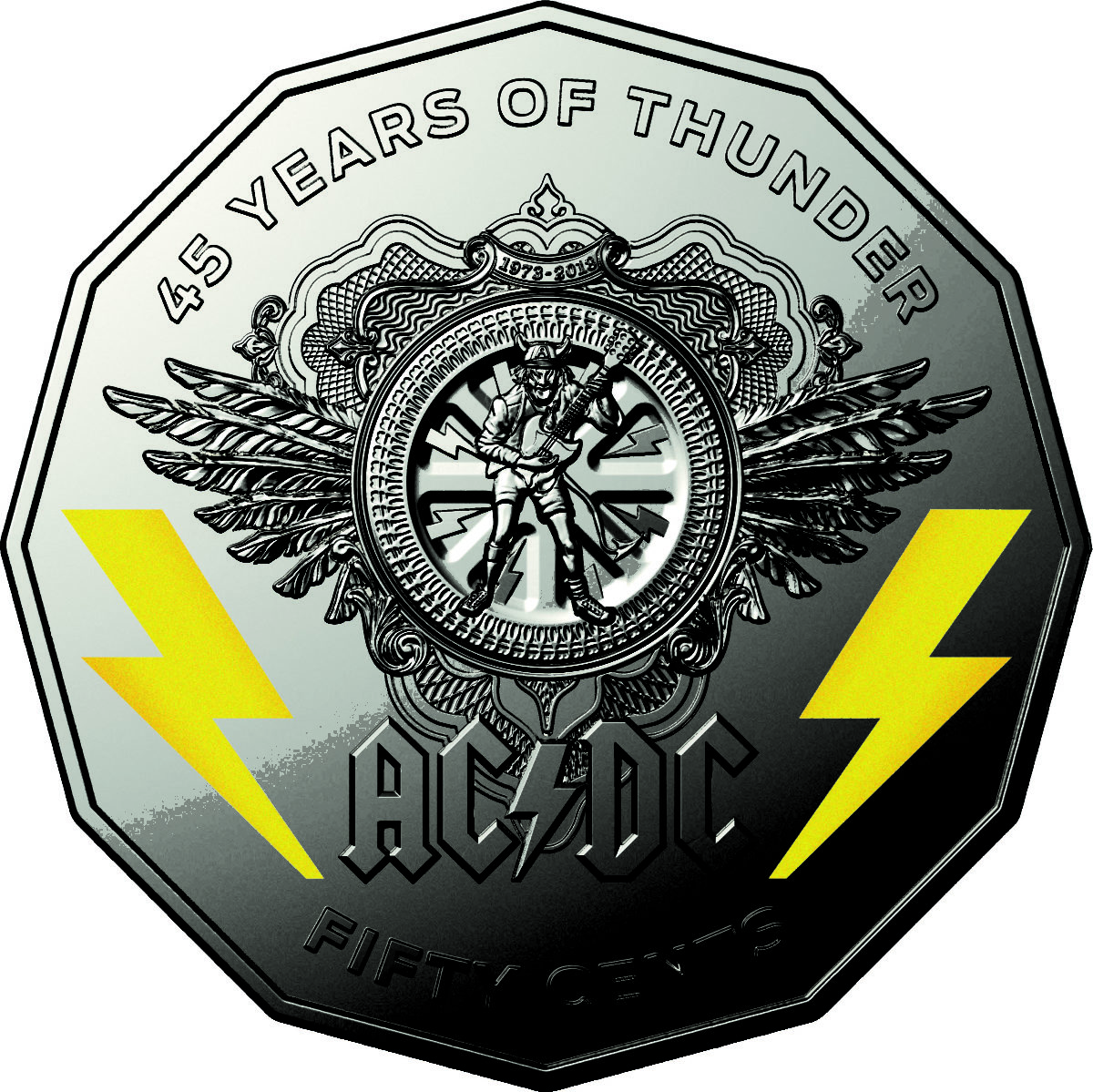 In the spirit of AC/DC and their hit single ‘Thunderstruck’, the Mint partnered with Questacon – The National Science and Technology Centre to strike its AC/DC coins with a bolt of man-made lightning.

The experiment was conducted in the Caged Lightning exhibition at Questacon, which produces lightning using a Tesla coil. Ten AC/DC 50 cent pieces, appropriately featuring the famous high voltage logos and design elements from AC/DC albums, were ‘Thunderstruck’ with 3,500,000 volts of lightning.

The officially licensed AC/DC merchandise and are available now from the Mint’s online store at eshop.ramint.gov.au

“AC/DC is famous for their electrifying energy. It’s in their music, the titles of some of their songs, even their insignia,” said Royal Australian Mint Chief Executive Officer Ross MacDiarmid.

“The Mint thought that such an iconic band deserved high voltage coins and an electrifying launch to match.

“We weren’t sure what effect the lightning would have on the coins, but we discovered that because the coins are such excellent conductors of electricity, the lightning’s mark is only visible under magnification.”

Ten of the 30,000 coins were ‘Thunderstruck’ and will be randomly sent to ten customers who order their AC/DC – 45 Years of Thunder Uncirculated Coin through the Mint’s online store or Contact Centre.

“To help the ten lucky customers identify their ‘Thunderstruck’ coins, we have added unique frosting to the coin’s AC/DC logo.”

The second coin minted for AC/DC’s 45th anniversary is the Mint’s first ever nickel plated coin. Not only black, its detailed design is minted on a triangular blank to resemble a guitar pick. The design elements have also been drawn from AC/DC’s album artwork and the amp-inspired packaging includes an actual guitar pick.

The new coins are both officially licensed AC/DC merchandise and are available now from the Mint’s online store at eshop.ramint.gov.au or by phoning the Contact Centre on 1300 652 020.