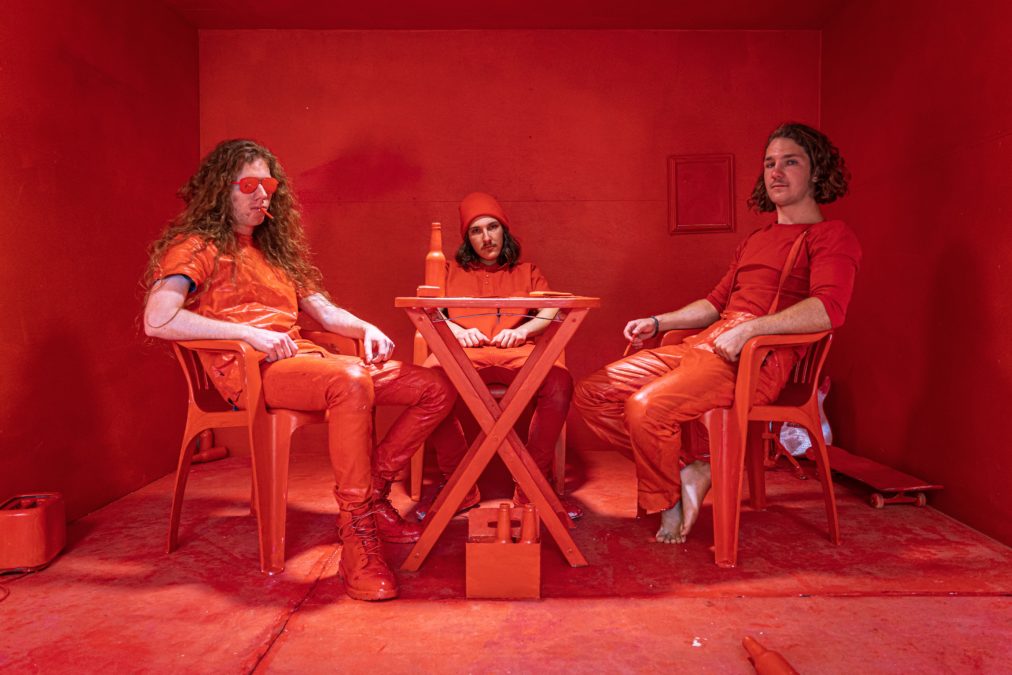 Port Macquarie is a town better known for its beaches and serenity, not the noisy sounds of punk-infused rock that local band Roxferry are bringing to the landscape.

That could change before you know it, as the band is getting set to release their latest single “Head On Home”, a rocking little number that could change the town as we know it forever. Brothers Clay (vocals, guitar) and Jake (drums) Teiffel sat down with HEAVY earlier this week to talk about the single and life in general, with the main topic of conversation-starting with how they perceive “Head On Home” musically.

“That’s a tough one,” Clay measured. “I’d say it’s very rock punk, fast-paced with an old school vibe. We take bits and pieces from everything we listen to and then just get in and whatever comes out comes out.”

The film clip to the song is, if possible, even more frenetic than the song itself, loosely based around a bored-looking trio of band members that brighten up when they find a bottle of whisky before passing out and waking to an even brighter world where EVERYTHING is red. Although it is visually stunning and a little disconcerting, HEAVY has to ask the boys what the heck is going on?

“We don’t either,” Jake laughed. “That was… we just had that song and we were super stoked on it and we knew we needed a clip to nearly be as wild as the song and we were throwing around really wild ideas and I don’t know how we made it happen but that’s what happened.”

“We were painting for a week,” Clay added. “Everything red, it was a week of painting. Everything had to be undercoated then painted red. A few beverages were cracked (laughs).”

In the full interview Clay and Jake discuss new music, the possibility of a future album, influences in music and harnessing them into your own sound, guitar solos, their recent acoustic EP, surviving COVID and more.

ANTI-FLAG Fight For Their Life On New Song