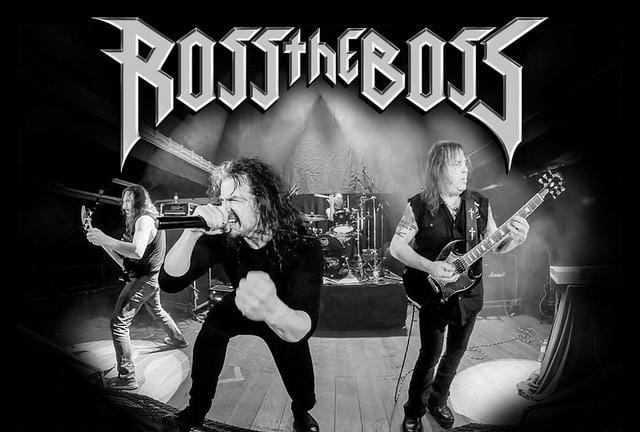 Ross The Boss, co-founder of one of the most iconic metal band’s in history, Manowar, will be performing three exclusive shows in Australia next April!
The co-writer of such classic albums as Battle Hymns, Into Glory Ride, Hail To England, Sign of the Hammer, Fighting The World & Kings of Metal will be performing a classic Manaowar set to Australian audiences for the first time ever!!
When you think of True Metal… epic battles, clashing swords, loin cloths and classic heavy metal artwork featuring ripped warriors, savage beasts, gods and demigods, theres one name that comes to mind.
Manowar.
Responsible for defining the sword and sorcery of this style of metal, Manowar spawned a sub genre all their own which continues to give birth to bands following the ‘true path’ to this day. There have been many imitators but Manowar will forever remain the original and best.
Ross spent 8 years with Manowar, performing on six studio albums and the bands unbelievably loyal cult following consider Ross to be the bands definitive guitarist.
Ross started his musical career in 1973 forming the legendary NYC punk band, The Dictators before creating Manowar. After his tenure there he reformed The Dictators under the name Manitoba’s Wild Kingdom, which bridged the gap between punk and metal.
Ross had a stint in The Brain Surgeons, a project created by members of Blue Oyster Cult in the mid 2000’s and formed the Ross The Boss band soon after which released two critically acclaimed albums. He also formed Death Dealer, a metal supergroup featuring members of Cage, Halford and Dungeon which saw him back in front of metal audiences the world over.
Everywhere that is, except Australia… until now.
“We, the Ross The Boss Band, are so looking forward to our concerts down under, performing classic Manowar tracks in Sydney, Adelaide & Melbourne. We will bring the message of True Metal to our Immortal Metal Armies. I have assembled three incredible musicians, and together we will deliver an experience only to be described as, true classic metal. We are going to devastate every audience, every night, without mercy.”
Ross The Boss will be joined in Sydney by Night Legion who feature his Death Dealer band mate, Stu Marshall (Dungeon, Empires Of Eden)
More supports to be announced soon.
There is only one place to be if you follow the true metal path!
DO NOT miss these shows!!
Tickets are $55 + bf
On Sale Now! + VIP Packages Available
www.dinnerforwolves.com 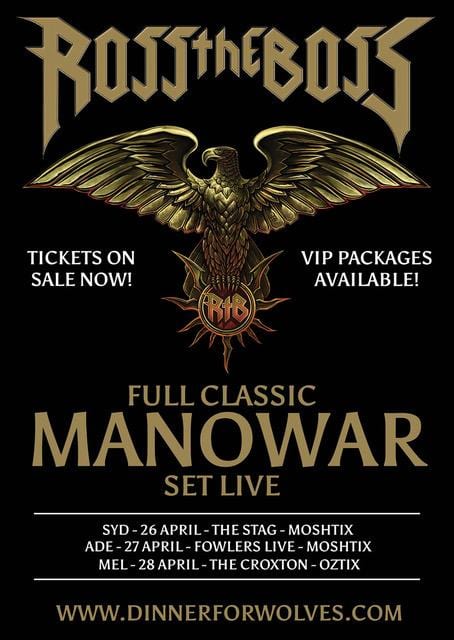