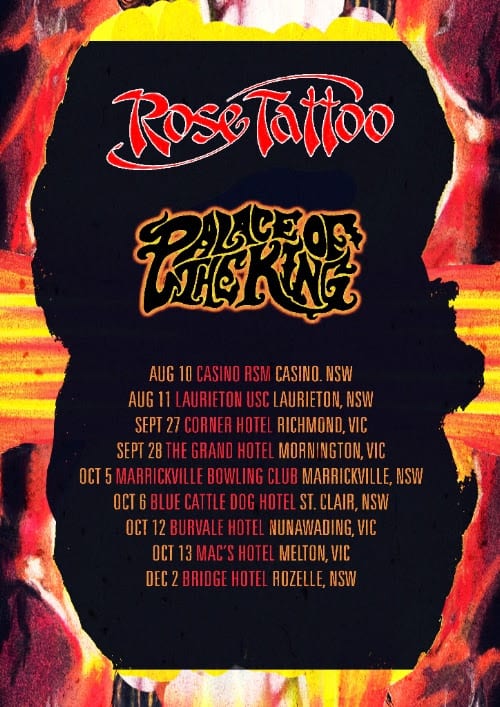 We watched Rose Tattoo perform this year in front of about 20,000 French folk at Hellfest 2018. And, fuck they were good!

Respect the roots of rock and go and see these legends in action. Angry Anderson is an amazing frontman and is full of heart and pride.

‘Rock N’ Roll Outlaw’, was recorded at the famed rock ‘n’ roll Alberts studios, produced by the legendary team, Vanda & Young and, released through Albert, Repertoire Records in late 1978. The band’s debut album reviewed as “A dangerous, unpredictable, monster of a record whose power has hardly diminished an ounce in the decades since”. Spawning anthemic songs like ‘Nice Boys’ (Don’t Play Rock ‘n’ Roll), ‘Rock N’ Roll Outlaw’, ‘One Of The Boys’ and, ‘Bad Boy For Love’, this album cemented the band’s foundation for the years to come.