Rocking Your Troubles Away With INGLORIOUS 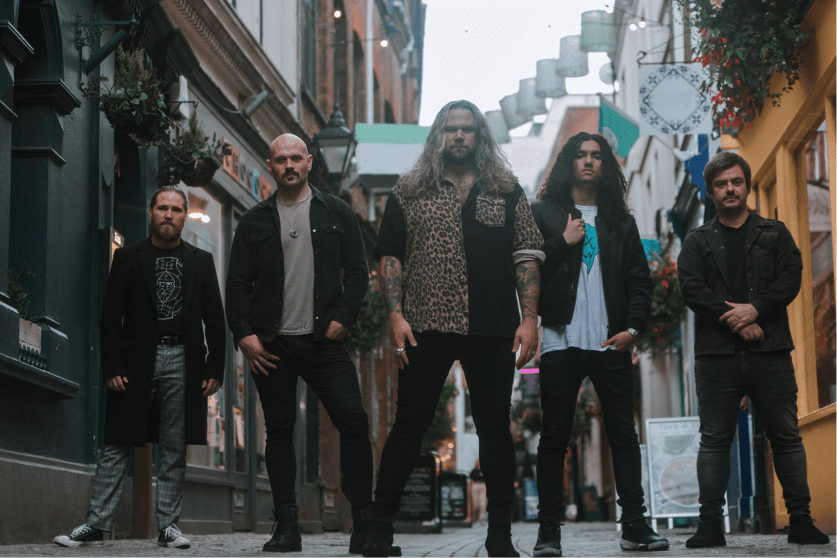 “It was scary not knowing the future because we didn’t know when it was gonna come back and you never know exactly how it’s gonna turn out,” – Nathan James, vocalist.

What do you do when fans are starved of live gigs and many still can’t go to shows?

You bring the show to them, which is exactly what UK hard rock outfit Inglorious are doing with their new live album MMXXI Live At The Phoenix which will be released on CD/DVD, LP, Blu-ray, & Digital on April 8.

After finally settling on a solid line-up for their recent album We Will Ride, Inglorious are deservedly reaching the ears of people around the world with their hard form of melodic rock a breath of fresh air for the music scene.

Furthering this claim is the fact this album was recorded on only the band’s third show back on stage in 18 months yet still perfectly captures the mood and feel that only a live concert can bring.

Vocalist Nathan James sat down for a chat with HEAVY about the new album and the benefits of giving fans a taste of what they have to offer.

“For me, we haven’t had much time to write together,” he explained about the reason behind putting out a live album. “So what was good about it was we are still putting out music even though we haven’t had time to write. It just felt like the right time to get another album out there. Also, we’ve never done a proper live album, so it was cool to add that to our arsenal. Last year we released We Will Ride, we released the Heroine covers album, and we recorded a live album, all within twelve months. That’s pretty cool. I don’t know any other band that did that last year.”

The impact recent world events has had on the industry at large is immeasurable, with fans around the globe being left in musical limbo much of the time.

While this has been a strain on the people who consume music, seldom do our thoughts turn to the musicians themselves.

“It was scary not knowing the future because we didn’t know when it was gonna come back and you never know exactly how it’s gonna turn out,” James nodded slowly. “It was pretty scary. I’m so glad we’re through it for the most part. I know you guys have just had restrictions lifted over there, so you will be able to get back to going to shows and doing gigs and stuff, so it’s exciting times. For me, that whole lockdown… the first bit of it I really struggled. I didn’t wanna write anything, do anything, and now after… since October, since the tour where we recorded it, I’ve never been busier. Genuinely, I’ve never been busier, and I am so grateful to be back working and back singing, and it just shows you that all the fans are still there. The fans of classic rock music and metal music are still there. We’re still hungry for it and we wanna go out and have a good time.”

In the full interview, Nathan talks about recording the show, the differences in approaching a concert you know is being recorded, playing new songs for the first time, his vocal range and managing it, new music and more.