All That Remains ‘Victim of the New Disease’ 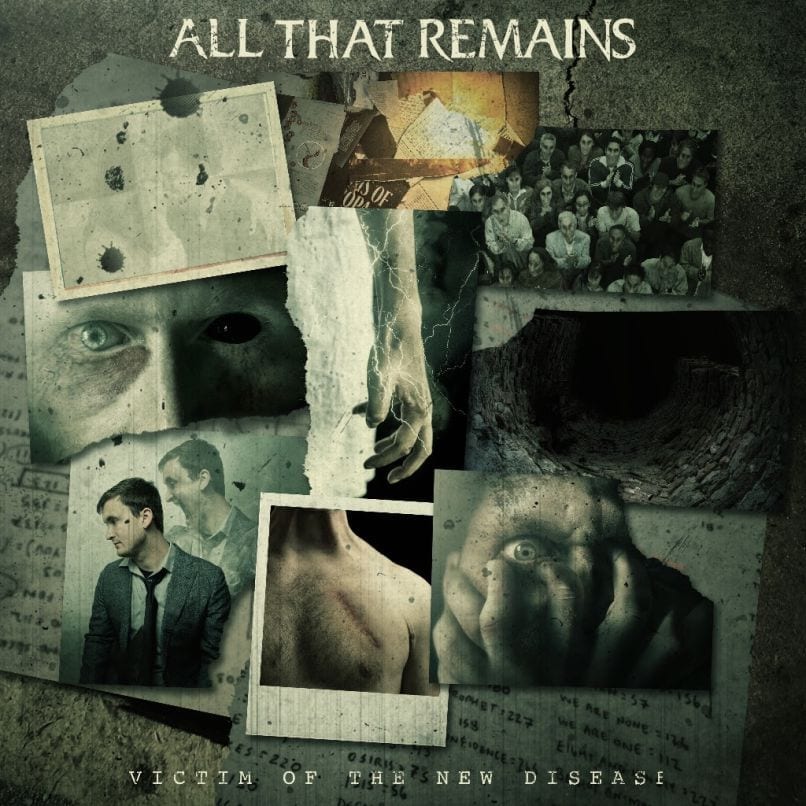 This is going to be a really hard review to write. I have been following All That Remains for a while now and like any other band, they have had their ups and their downs. However, I think they suffered their harshest blow this year with the passing of founding member and lead guitarist, Oli Herbert. Of course, I would be lying if I said that it did not colour my perception of this new album, Victim of the New Disease. This is the last record that Herbert will perform on and let me say, this album is a true testament to the talent and skill of the late guitarist. Oli was a true talent in the industry and his guitar work always excited me whenever a new All That Remains record drops. Now, I don’t want this whole review to be upsetting for you. So, I will say this. I always respected Oli Herbert and my sympathies go out to all of the band and his family and friends. He was an excellent guitarist and his work speaks for itself.

How is the new album, you ask? Well, I’m really enjoying it. Metalcore is a subgenre of heavy metal that divides a lot of fans. Some like it and some don’t, that’s just the simple fact. All That Remains, embrace the genre for what it is and always play to their strengths. So, if your not into this style of music there isn’t much here that will win you over. For me though, I think it’s a pretty strong record. The production is excellent and well balanced. There are lots of great riffs and enjoyable solos, all with that heavy crunch to the tone. There are just some fantastic heavy tracks that are great to get you headbanging away. I love songs like “Wasteland”, “I Meant What I Said” and “Fuck Love”, just for their visceral intensity of them. In particularly “Wasteland” for one killer of a guitar solo.

Aside from just heavy metalcore, All That Remains is also known for releasing some really genuine melodic metal ballads and this album is no different. There are two in particular that really capture your imagination. “Alone In The Darkness” is a haunting tune that really sums up the feelings of depression and isolation. “Just Tell Me Something” is another really great song that is filled with emotion. It also has the added benefit of having the vocals of Danny Worsnop. He and Phil Labonte share some great vocal chemistry here and it feels like a big song. I think fans of the band have come to expect these songs by now. Yet, I think I prefer them just to be balls to the wall metal. These are nice songs but the album is at its strongest when they are just full force metal.

It’s clear from the lyrical content that the band are trying to make a statement on mental health and suicide. All of the songs seem to have that connective theme of depression, anxiety and other mental health issues. At least that’s my interpretation. I will say a lot of these songs stirred up some emotions in me and I really connected with this album. I’m not afraid to say that I shed some tears with this record. Simply because of the lyrical content is so well written and the music fit every song really well. Even the albums title “Victim of the New Disease” feels like the band trying to raise awareness for this illness that has been largely ignored by the mainstream media for so long.

I really like this album. All That Remains will continue to be one of those bands that I stay invested in. Even at their worst, they don’t necessarily make bad songs, more ideas that aren’t fully realised. It won’t be to everyone’s liking as they have made no real attempt to experiment with their sound or cater to those on the outside looking in. If you like All That Remains and metalcore on the whole then you’ll probably like this fine.  I found this album to be really enjoyable. The lyrics are well-written, the music is heart-pounding and All That Remains continues to be that same band I originally got into. It’s another one for the collection and if you’re into this style of music then definitely go pick this one up.