RECKLESS LOVE Want You To Get ‘Loaded’ With Them 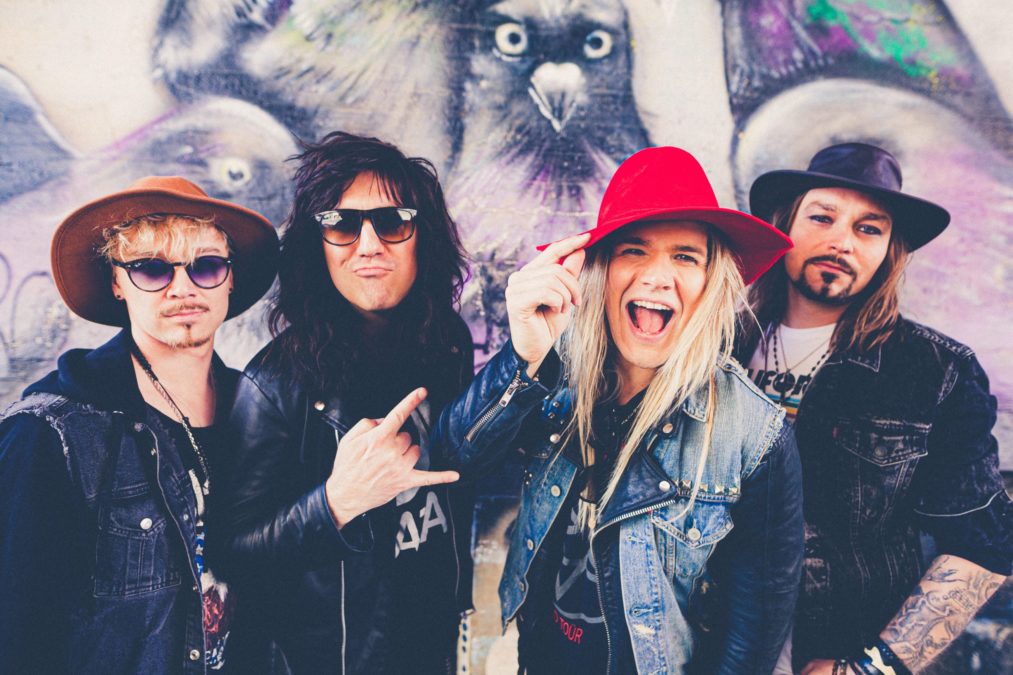 Reckless Love are the perfect exponents of sleaze metal.

They are a band that loves to live the high life and embrace the whole concept that is glam/hair/sleaze metal but more than that they are a tight-knit, dedicated group of musicians who just happen to embrace one of the finer sides of metal.

Since the album InVader in 2016, there has been little in the way of new music from Reckless Love but a combination of circumstances and necessity came together to create new single “Loaded” which is another extension of the immense talent this band possesses.

“It’s a fresh new song,” enthused vocalist Olli Herman. “We were supposed to do a huge tour this year. It was the 10 year anniversary tour for the first record and we had everything lined up before COVID hit so we had to have a change of plan. We hit the studio early – because it was in the plans to do some new music next year – so we decided now we would use the time to hit the studio and do a single and give people something new to listen to. A version of “Loaded” was already made for InVader already but it was way different. It was more a sketch of a song and wasn’t even called “Loaded” (laughs). It was too late for InVader so we didn’t include it but we saved it because we figured it was a good idea for a song. We started looking for ideas and we happened to come across it and we all got excited and came up with fresh ideas so it ultimately became the first single from the upcoming album that we are planning to do.”

The tease of another album was too much for me to resist so I pushed him further on the possibility.

“We’ve got demos and rough sketches similar to the way “Loaded” started,” Herman admitted, “but the album is not ready yet. We’re going to go single by single and see how it’s received. Of course, the goal is to do a whole album eventually but we’ll see. The last time Reckless Love released an album was 2016 but up to that point we had worked pretty much every year all the time so we decided to have a little break and when you finally get that break you need to enjoy it before you start writing again.”

Despite the propensity for fresh ideas with their music, Herman concedes that ultimately the band still has to maintain the sound for which they are recognised.

“Of course you have to keep in mind that it still sounds like Reckless Love,” Herman said. “It’s something that we constantly try to keep because in the end, it is going to sound like Reckless Love even with any fresh ideas we come up with in the studio. Every time with the previous record we thought that we came up with a fresh idea that was gonna sound so different and then the first people that heard the album said ‘it sounds like Reckless Love’ (laughs). It was kind of like yeah, that was a fresh idea (laughs). To come up with fresh ideas it has more to do with keeping it fresh for yourself. If it doesn’t feel fresh then there’s no point doing it. If it feels like we’ve done this song so many times before that would be a drag.”

In the full interview, Olli talks about their recent Australian tour and their love affair with audiences here, coming back when things die down, putting on a good show despite outside problems, the risk of having one of your fans exposed to COVID 19 verses the desire to put on a live show, his take on “Loaded” being ‘like a cold beer on a hot day’ and more.

PrevPrevious.LIMBS Confess ‘I Used To Be You’
Next.Premiere: AS PARADISE FALLS ‘Bleed For The Crown’Next