Re-Discovering The Wonders Of Music With FLOYA 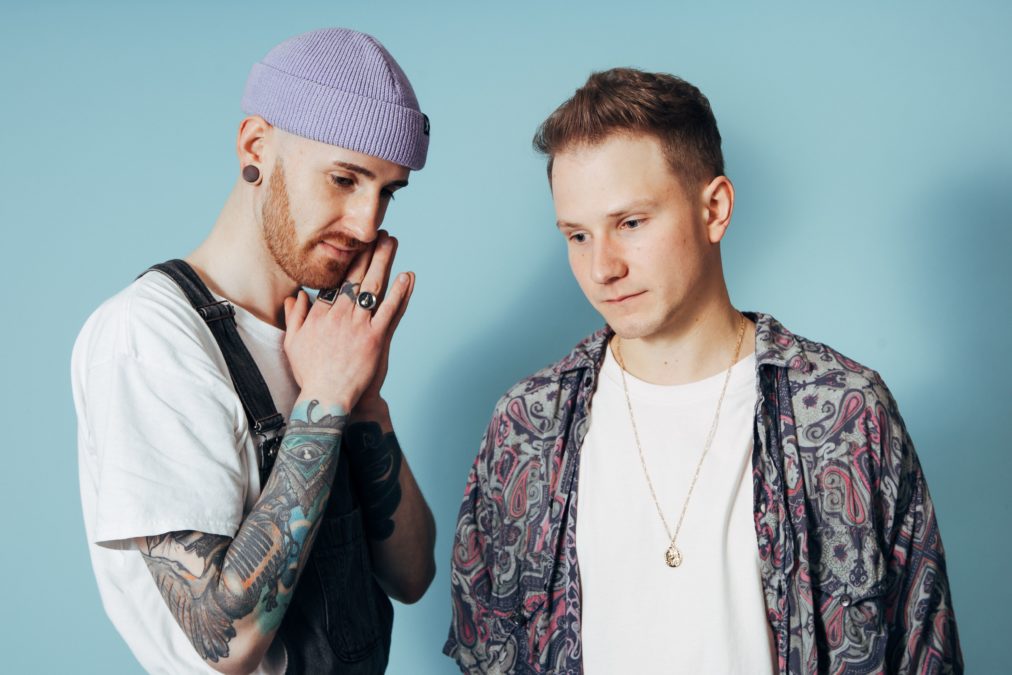 After both leaving their respective metal bands behind and for different personal reasons, Phil Bayer and Marv Wilder have found themselves on a more experimental path that pushes them in directions not possible with their previous outfits.

Better known for their parts in ALAZKA and Time respectively, Bayer and Wilder have recently created a fresh project named Floya that veers more into rock territory with a sprinkling of EDM and world music woven through.

With Floya’s debut single Wonders being released on March 25, Bayer and Wilder both sat down with HEAVY to discuss the new single and more.

“Due to our roots being very much in the metal scene, we’ve moved away from that in trying to find a new identity,” Wilder began. “Everything’s a lot more positive in terms of writing and lyrically speaking. The song itself supports that in a way, because it’s very uplifting, it’s positive, it’s… dramatic too, to a certain extent. But not too much, it’s still a positive thing for us, and we’re very excited for that. Obviously finding a new identity is always a little bit painful, but once you get there it’s so worth it.”

Although the duo have a number of songs already written for Floya, they believe that Wonders is the perfect introduction to introduce the world to their newer sound.

“We feel like it showcases what Floya is about,” Bayer picked up. “Due to us being a duo it’s mostly guitar and vocals and I think that symbiosis is best showcased on this song because there are so many parts on there where I’m singing and introducing a pause and Marv just picks it up and fills it with his unique playing style. That combination typifies Floya up to this point, and this song showcases that the best.”

In the full interview the pair talk about their reasons for trying something outside of their comfort zone, finding their love for music again, the positive nature of the band’s music, writing together, placing no limits or boundaries on themselves musically, future plans and more.