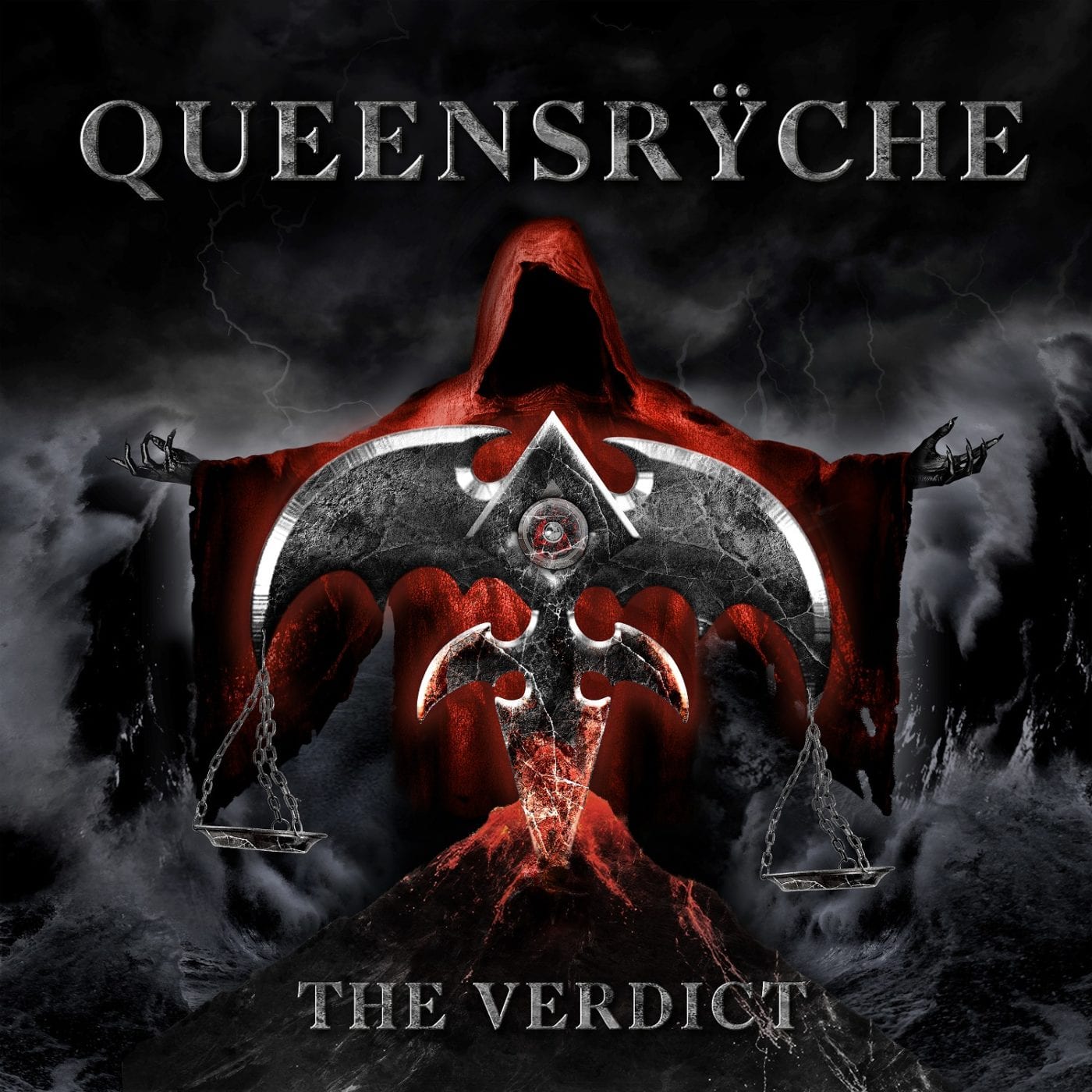 QUEENSRŸCHE are definitely ones of those bands that have endured through both magnificence and turbulence no matter what has been thrown their way. They are also a band that I adored during the late ’80s and early ’90s, but, due to my tastes broadening they just kind of fell off my listening radar. But… as I was driving to a gig the other night “Breaking The Silence” came on and I blasted that fucker like it was the first time I had ever heard Operation Mindcrime (1988). I relived and revelled in memories of being in my year 11 homeroom in high school.

So, how’s the irony that my Boss at HEAVY Mag posted that he considers The Verdict a 10/10 and my response was that that was a bold statement; considering how hard he is to easily please! [Editor note: easy boy!]. He asked if I’d heard it, to which I said no! So, he handballed The Verdict to me to review.

I went into The Verdict without any expectations. As I hadn’t paid much attention to QUEENSRŸCHE for so long I had no preconceived ideas of what I was going to be confronted with. The opener, “Blood Of The Levant”, is reminiscent of getting into your car with an uncontrollable rage burning inside you and the only way to vent is to kick the engine over and go somewhere really fast whilst listening to a soundtrack that compliments your mood. This is it right here folks. Starting off with a killer up-tempo feel to kick the album off in grandiose QUEENSRŸCHE style in then Todd La Torre’s powerful vocals kick in beautifully. “Blood Of The Levant” is the perfect purposeful prologue introducing us to the innermost workings contained within The Verdict.

And from here the mood, pace and immense power charging The Verdict further is track two “Man In The Machine” and effortlessly shifts gears up. This early into the album we can clearly hear that the mood, intensity and speed bumps that have been placed in QUEENSRŸCHE’s path for the past few years have although obviously weighed heavily on their existence as a band but readers, The Verdict is absolutely the middle finger release to all the haters and doubters who thought they’d dissipate and fall apart, but that is so far from the truth. Whilst “Man In The Machine” may not inadvertently be about the bands’ issues it is certainly a hungry and devouring song the is so hypnotically head moving heavy metal.

With Michael Wilton’s trademark guitar sound that has carried the band for so many decades and made them instantly recognisable, ably accompanied by Eddie Jackson on bass and Parker Lundgren on rhythm guitar. La Torre not only sang on the album but also played drums.

On first listen through, we can clearly tell that QUEESRŸCHE have captured their old sound and written a classic and relevant album which is ten important songs immortalising QUEENSRŸCHE in the new millennium. It is indeed sonically flawless in just about every aspect and that includes production wise capturing that BIG stadium sound that their music demands.

“Light-Years” lulls us in slowly with the same hypnotic bliss we’ve heard so far as if we needed a break in between the two openers. A 4/4 marching beat introduces the song to us and slowly marches us forth hypnotically, further engrossing us to how good this album actually is.

“Propaganda Fashion” is full of shifts and off beats and such crushing slow paced appeal and works as a perfect precursor highlighting the sheer QUEENSRŸCHE enormity of the beautiful “Dark Reverie” which acts as the slow interlude which is standard and necessary for all power metal albums.

I think readers that since I haven’t heard or discovered any new real classic powerful heavy metal the likes of early QUEENSRŸCHE and WARREL DANE (R.I.P.) these past few years that I was truly surprised and flawed by the quality of this album by an important band who almost wrote many pages in the book of heavy metal. The Verdict IMHO is a very important and relevant release for 2019.