PRIMORDIAL ‘Exile Amongst the Ruins’ 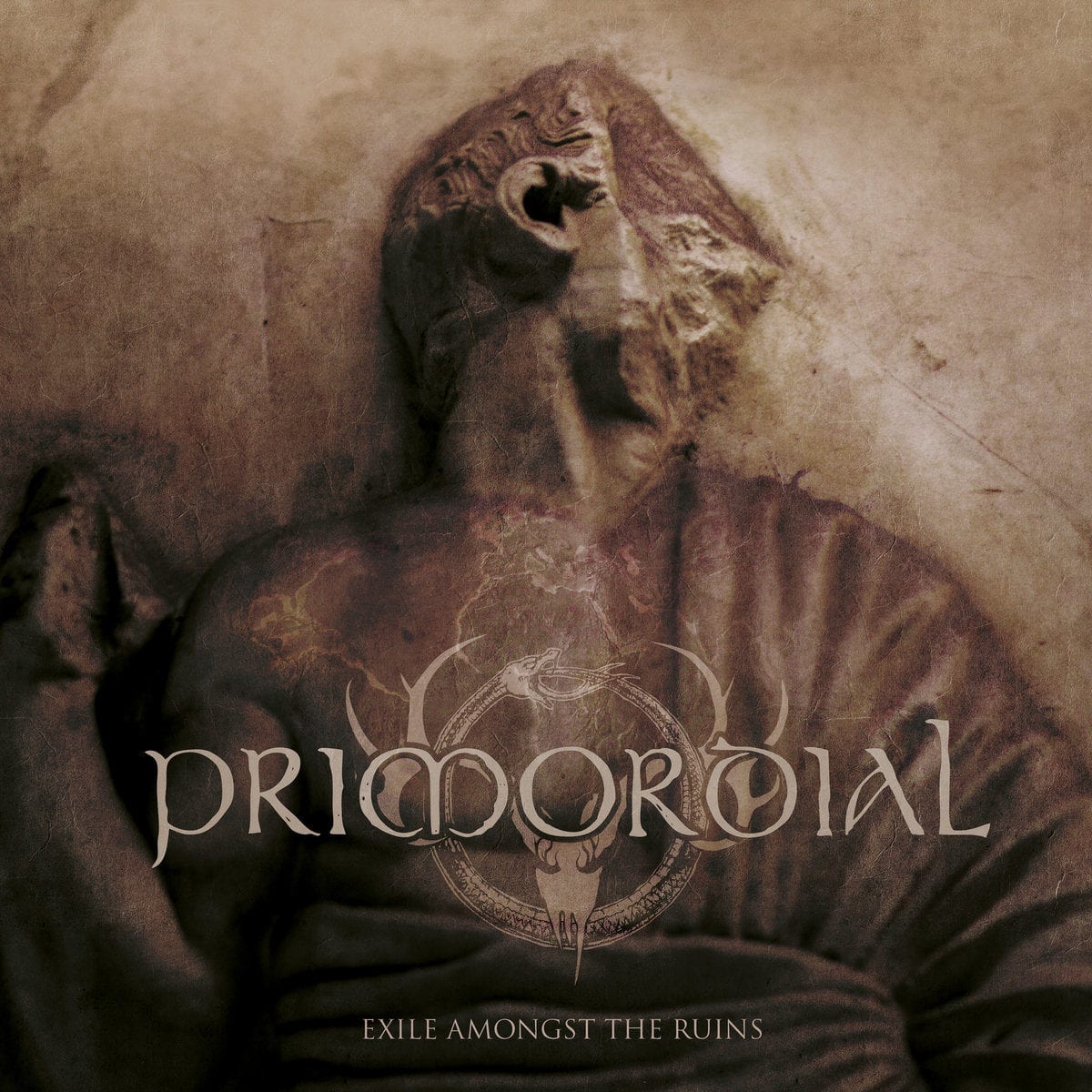 Four years since the timeless classic ‘Where Greater Men Have Fallen’ (2014) it was never going to be an easy task to follow. The Irish quintet like a challenge and have succumbed like Vikings at battle swinging their axes, striking at anyone that came before them.

“Nail Their Tongues” draws first blood with that Celtic sound Primordial are best known for. Folk guitar and church bells chime before the opening riff with its distinct groove will get the listeners headbanging in anticipation of what comes next. The dual guitar of  Ciarán MacUilliam and Michael O’Floinn is faultless from hard rocking opening to the classic black metal riffs which make for one relentless opener.

Frontman, A.A. Nemtheanga delivers on all levels with overpowering vocals on display delving from clean to demonic groans, making the transcendence somewhat smooth with the calm not too far away from the storm.  Simon O’Laoghaire attacks the kit, with blast beats of precision,  after a passionate chorus and verse, expecting no less from Nemtheanga.

First single “To Hell or the Hangman” swings like a noose, forcing the punter to sway to the spacey beat of O’Laoghaire and galloping bass of Pól MacAmlaigh. Not as heavy as usual, the guitar leads are a highlight. None the less a solid first single, which is sure to grow like Jacks beanstalk. Next in line, “Where Lie the Gods” throws back to classic Primordial, with its build-up of thunderous beats, welcoming a captivating riff around five and a half minutes in.

The title track, “Exile Amongst the Ruins“, concentrates on the end of classical European civilization. An interesting chord progression throughout, part of the stellar musicianship adds to the backdrop behind Nemtheanga who showcases more clean vocals. One in wait of the next growl will have to wait a tad longer.  “Upon Our Spiritual Deathbed” begins with drum rolls, preparing one on their death march to war. Bone crushing riffs pave the way from what starts as a slow burner leads to a fast-paced jam by the lads, bass crunching like the hooves of a steed hitting the ground, guitars ringing like deafening sirens. A slight groan from Nemtheanga but still no growl.

“Stolen Years“, the shortest on the alum, none the less is a powerful one at that. A song about ones lost and making plans to go out with loved ones, not knowing if it will be the last time. “Sunken Lungs” is an ode to those lost at sea, with a sunken reck resembling the ribs of a body. This personal favourite introduces a much welcome guitar solo.

All good things must come to an end with “Last Call“, the album closer, and longest track. The growls return to some extent, with no love lost the intense musicianship makes up for the lack of growls. It would be a stalemate if Primordial released duplicate albums. As Nemtheanga refers to the comfort of recording their last effort on the Irish countryside at an old farmhouse, “I had to pay for the last one (with the stress and darkness surrounding this one. It was fucking hard, cold, nothing worked as it should, and it was more or less a total endurance test filled with conflict and discomfort.” The results are true Primordial; the Irishman states “It all adds to making the music what it is – and if it were easy, we’d be a power metal band, right? Strife is life.”