Prepare For Carnage With XIBALBA 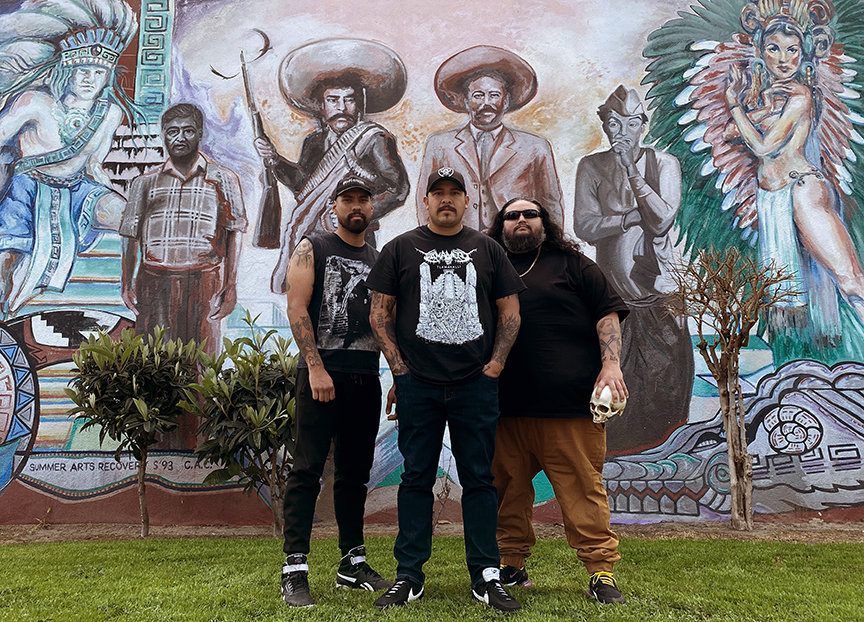 Hailing from the relatively serene US town of California, hardcore outfit Xibalba are living proof that not all people are shaped by their surroundings.

Known more for things like Hollywood and Disneyland, California, on the surface, is an idyllic place to call home. The many beaches and chilled way of life hardly seems like the catalyst for what can only be described as the brutal hardcore metal that is the staple diet of Xibalba, but no matter which way you try and spin it, these metal warriors are a force unto themselves.

Since 2007 the group has captured the ferocious underbelly of US metal like few before, delivering an unapologetic sonic battering on each of their four albums, offset by an even more aggressive live show that leaves no quarter for the faint at heart.

After decimating their home country on a current run of dates, Xibalba will next set their sights on Australia for a smash and grab run of shows that promise to be unlike anything seen on these shores in recent memory.

To help prepare us for the carnage, HEAVY sat down with guitarist Martin Stewart to get some safety tips.

“This band is kind of notorious for having a bit too much fun, so we’re definitely gonna be doing that,” he laughed. “We’re gonna take advantage of the fact that we’re in Australia and have as much fun as possible at these shows and take a break from life, have a great vacation, and hopefully have some amazing shows.”

The press release warns fans for a “stretch of terrifying shows”, a red flag maybe for those who maybe don’t like to get up close and personal at shows.

“The music that Xibalba plays is extremely heavy so sometimes the shows have been known to get a little wild and crazy,” Stewart smiled. “Hopefully that translates over there in Australia and we get to experience the same thing.”

In the full interview, Martin talks us more through what to expect, downtime on the road, playing an all ages show and the American equivalent, memories from their last tour in 2012, singing in multiple languages and catering set lists to suit where they are, their brand of metal and where it comes from and more.