PREMIERE: INTERIM’s “Escapism” with a Song by Song Breakdown 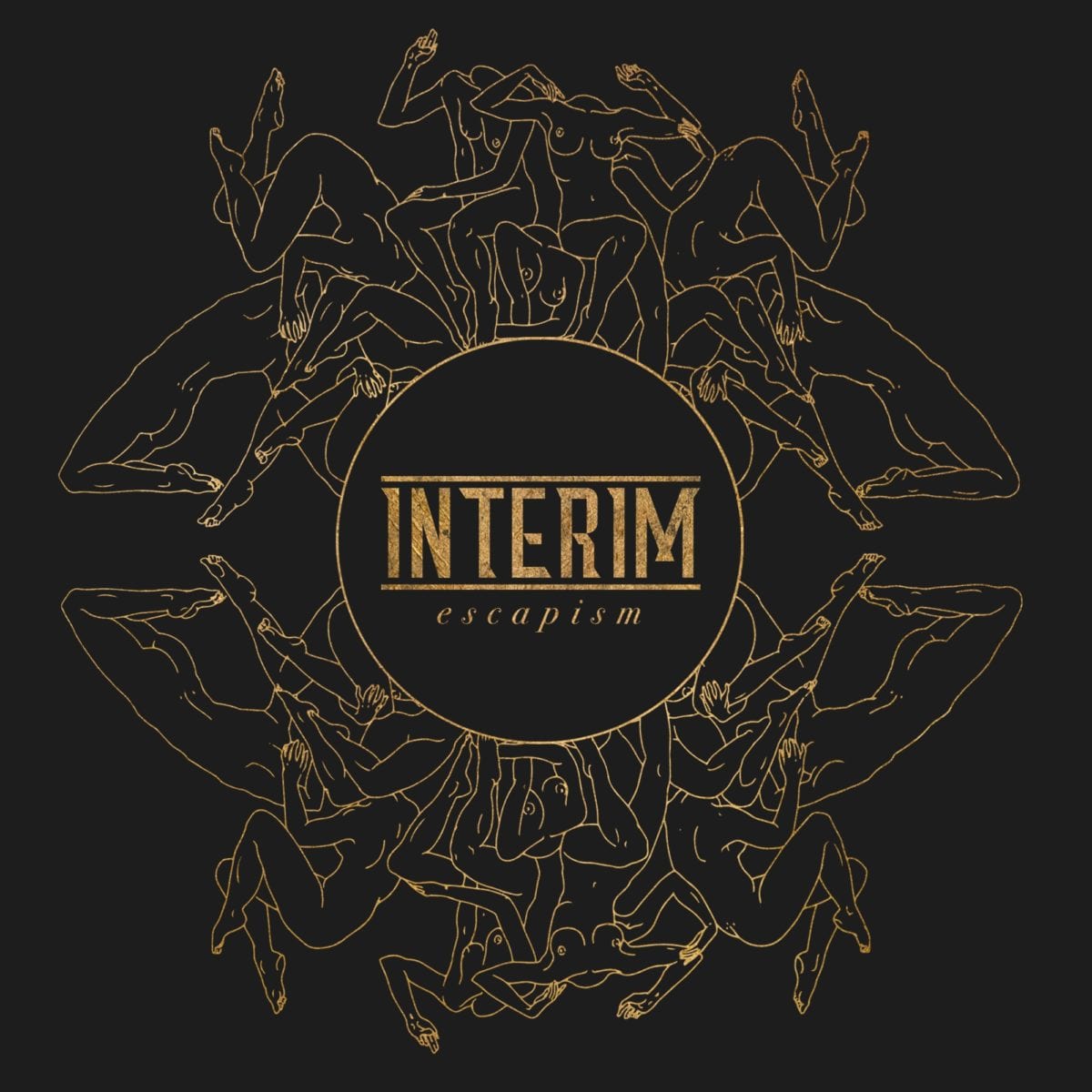 Today HEAVY is stoked to be the first to release Interim’s new album, “Escapism” upon the world. Interim have given us an in-depth, track by track,  breakdown of each song for you to get a good understanding of their hard-blues-rocky groove.

Molly
Molly was one of the first songs we knew had to be on the album. Alec was playing it around the band house years back and it’s stuck with us ever since. The song itself is about those late nights, sitting with a group of friends and trying not to let the euphoria pass.

Moonshine
The main melody for Moonshine kept getting stuck in our heads as Alec would persistently sing it when we were hanging out. We sat down for rehearsal one afternoon and just smashed out the track within a few takes. When we took it to Yanto at Airlock studios he kinda kicked our arses over it – we were essentially all playing slight variations that gave it more of a jam feel… he cut away some of the hair and wemade sure all our parts were locked from a picking, bending and sliding perspecitve and we live tracked it, which helped get a lot of the energy you can hear in the song. Some of our biggest guitar tones on the album came from putting the fattest tones possible through the smallest and most fucked amp you can find (a little Orange 12V beast with a single 6-inch speaker was our baby for Moonshine’s fuzz tones).

Old Thrills
This dark, churning belter came about after Jock’s bass tone experimentations got way out of hand one day… The drone was turned up enough to lure us into giving it a go, and as soon as Lachy started with those reggae stabs and this eerie harmonica melody we knew we were onto something special.  Add in the 360 degree video clip we filmed for it in the back of a moving truck and Old Thrills feels very… us. It’s DIY, it’s rough around the edges, and it’s a hell of a lot of fun live.

Calling Me Back
We are all super proud of how this one turned out. The band all came together after hearing the basis of the song on acoustic guitar and began to adapt it for both studio and live performance. It’s crazy how much this song has developed even after recording it in the studio – the live track has an extra two minutes of this really dynamic extended outro that frankly we wish we had have made up before we’d recorded it, but the track has come out as a big favourite amongst our fans and has already scored some airplay on Triple J and Triple M.

When The Day Is Long
This track turned out to be one of the most fun tracks to record in the studio, and an absolute nightmare to film a video clip for. One of the saving graces for us releasing the album as a video clip each month was Adrian Goleby, a really close friend and an amazingly talented videographer and guitarist (See. Caligula’s Horse) who filmed and/or edited the vast majority of our video clips – he’s also done 400+ clips for bands around Australia over the past few years. In this instance we made the decision to work with friends who were talented filmers and directors and unfortunately due to time constraints and the lack of an editor the end result was affected. Drama aside, this stuff can happen with limited budgets, new people and time stress; it is what it is, you move on (to the next clip that’s due!). The atmospheric bed you can hear featured heavily in this track is a nifty little loop by Jock on bass – he was just playing around in a different key and Yanto heard it and fell in love with it, and then pulled up the session, pitch shifted it around and we went from there.

Millennial Blues
The beginnings of Millennial Blues started off with the whole four to the floor protest vibes and the first time we played it live was at the Keep Sydney Open Rally in 2015. The rally called for any and all musicians to do what they could, and so we set out for the protest with our instruments, PA and a generator we hired with the intentions of finding a spot in Hyde Park and playing a few tracks. The rally of some 15’000 people crowded into the park, and after only a few songs a storm hit rain started pouring all over our gear. We had random people grabbing plastic ponchos and umbrellas to put over the speakers and our effects pedals whilst we played… up to the point that our mixer died (RIP) and we had to finish up. Richie Miller got in touch with us after the show saying he’d filmed the whole thing, and that ended up being the clip for it (though still edited by Adrian Goleby.. legend)

She Said
She Said is probably the most tragic song off the album and we wanted to reflect that within the video clip by telling the story of a young girl’s last moments. This track relates to being emotionally caught up in a situation and how hard it hurts to let go. We recorded a new keys line on this 1960’s Wurlizter that lives in Airlock Studios and this ended up being a really key part that brought everything else into that right context, it’s always fairly quiet but always present. The chorus is a great example of how much the track and the rest of the album comes so heavily underpinned by the relationship between the bass and drums… standing from the groove and progression and building outwards.

Scarlett
Scarlett was a really fun track to record, and the story telling nature / ups and downs in dynamics make this song one of the best to play live. We went into the studio with the idea of making this modern smokey blues sound using mild gains, subtle tremelos and a sans amp on Alecs vocals. With the high ceiling and open space in Airlocks main recording room, we were able to get a really big room sound out of the kit, perfect for those relentless trudging verses. On the final day of the studio time we brought in our good friend Simon Foster to feature over the outro of the track, and it’s that long, almost curious and delicately phrased saxophone solo that made the song feel unique on the album and complete in itself.

Daytripper
Making a song about diving into the full depths of escapism was obvious to us. We wanted to create an upbeat rock track about retreating to a foreign plain and loosing youself to your inhibitions. “Day Tripper” was a typical play on words by Lennon and The Beatles, and we’ve always loved his quote: “Day trippers are people who go on a day trip, right? Usually on a ferryboat or something. But [the song] was kind of … you’re just a weekend hippie. Get it?”
This one’s quick and to the point but sits heavily on with this scuzzy, syncopated riff that we just keep developing and shaking up as it goes on.

Voodoo
Voodoo or working title ‘Heckers’ was hugely inspired from our love of the Aussie Alt Rock scene.  As a band, after seeing acts like Karnivool carve up on the live stage, we couldn’t help racing back to the band room and staying up all night writing huge filthy riffs, and so much of our jamming and rehearsing is based on using that rhythmically forward mentality and putting it into a blues rock setting. Matt ended up using the same snare Steve Judd used for his recent QLD tour on this track so shit got pretty serious.  This track also takes a lot of influence from Royal Blood, as so much of the heavy guitars in this song is just layers and octaves of fuzzed up bass guitar.

Sundays
Sundays always felt like it was two songs smashed together is this beautiful chaotic way, but the foundations for this track were all written years back and then forgotten, one of hundreds of ProTools jam sessions we’ve collected from getting into the annoying habit of always recording your jams whilst never being quite organised enough to store them in a way that’s easy to recall . With influences like Led Zeppelin and Queens of the Stone Age brought to the table we ended up creating this track loaded with sass and takes aim at the generic full time job life-format that’s pushed on us all throughout our lives. The big oversized Q kit we used for the recording session really gets a heavy feature too which we weren’t worried about.

Loving Hands
It was hard to choose which song should be the last song of the 12 video clips but it made sense it being the last song we made. Loving Hands was largely founded from playing around with a jam session one night and piecing together a few sections. We had a listen, played it out and kept it as a backup incase we had any spare time in the studio. Turns out we didn’t have enough time but managed to convinced Yanto on the last day that we could totally smash out everything live in a few takes anyway. After hearing it back we couldn’t let go so its lucky last.

She’s the Devil
The story of this song runs almost as deep as the history of the band. The track developed from a song idea of Jock and Lachy’s to a full band arrangement, through self-produced recordings released on our last EP and years of playing live as it continued developing. The album recording was the final stage of the song’s journey, and it’s the right finish to our debut album. Dynamically, the song is almost a reflection of it’s development, it builds from the very first note to the crescendo outro. We tried to pull it out of our setlist a couple of weeks back and turns out that’s definitely a crowd favourite, the crowd wasn’t having a bar of it and made us play it at the end regardless ha,ha. 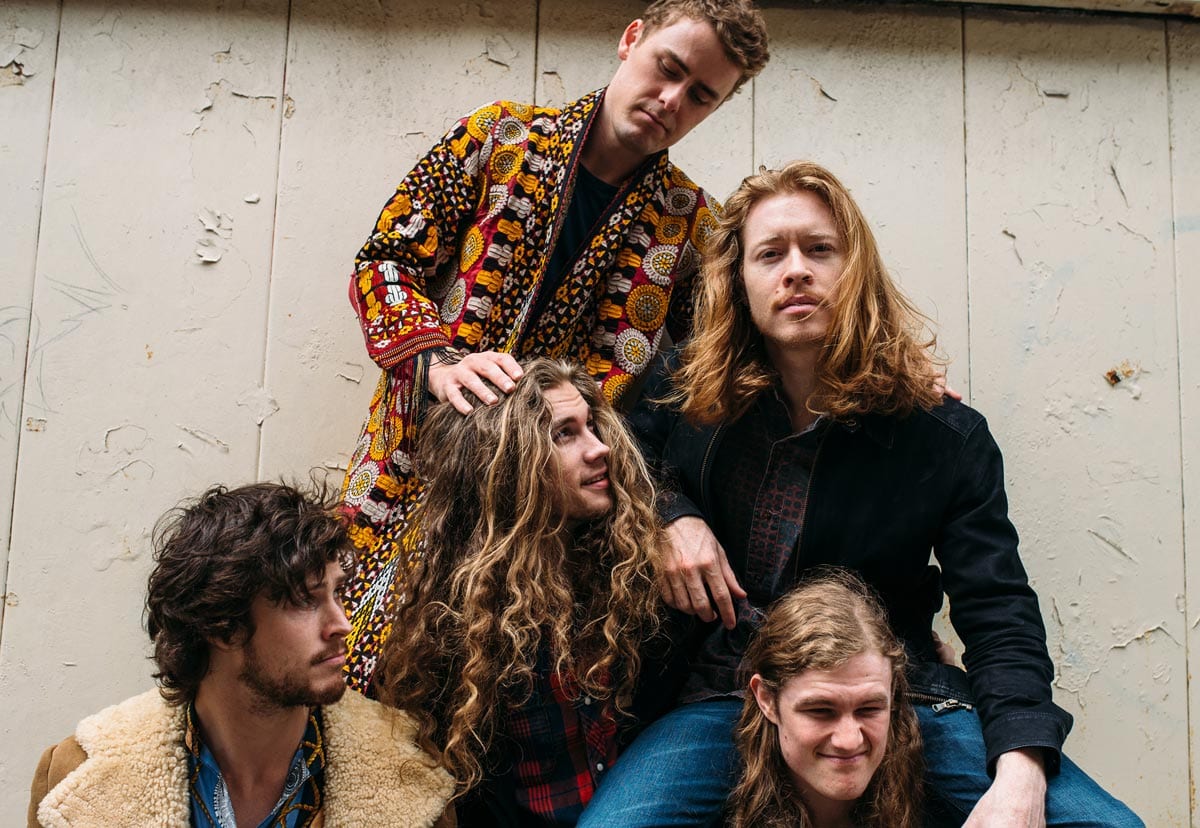