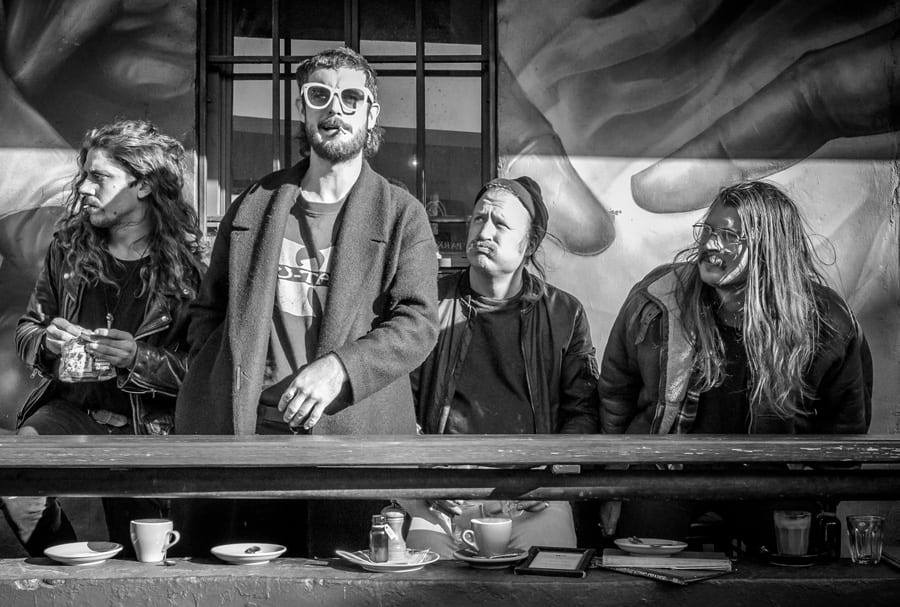 While the HEAVY team were at BIGSOUND Festival a couple weeks ago we stumbled upon HORACE BONES upstairs a pub that was primarily an indie-band stage during the festival. But, when we walked into the venue we were pleasantly blown away by what we saw, heard and most importantly, felt. It was raw but the timing was absolutely perfect. The vocalist, Oisin (pronounced O-sheen), clearly had a story to tell and once you were in that space, you couldn’t escape it. The room was filled with this crisp, but deep, gothic-punk as if you were back in the early days of The Cramps or The Birthday Party.

The dark maniacal lyrics grind through a filthy, Birthday Party-esqe bass dirge while quintessentially guitar sounds squeal and groove along to a sharp and inspired beat. Sticking true to the band’s penchant for ‘D’ grade horror films, the grainy, black and white video centres around the main character terrorised by the strangest of visions.

Shot entirely at an abandoned house, next door to director Harley Hefford‘s home. The run-down dwelling, populated by the skin of dead possums and rodents, was suddenly left vacant after its two occupants mysteriously passed away, proving itself to be a setting with just the right amount of creepiness.

The track itself was recorded and produced at The Alamo studios by the long-term producer, Daniel Caswell (Dune Rats, The Living End).

“The Rats” is motivated by episodes of mental instability. The song ultimately exploring the consequences of conspiring with the voices in your head, rather than defend against them. Fresh from a sell -ut show at Melbourne’s The Tote, the band are, once again, piling into their trusty old tour van “Jolene” this September and October for a run of East Coast shows.