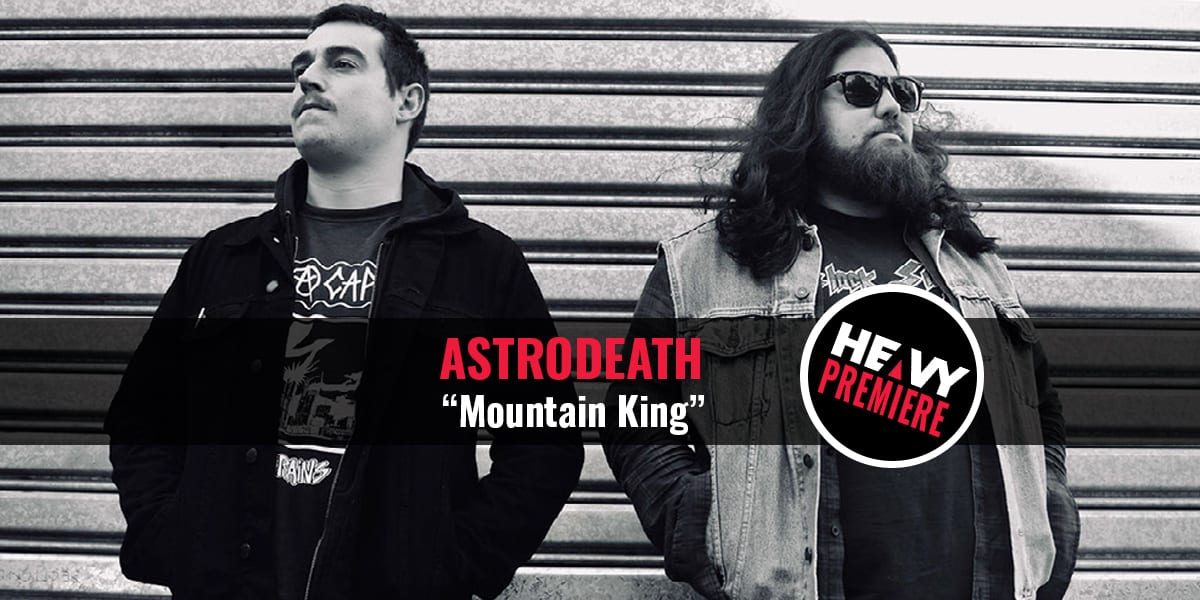 HEAVY is proud to premiere the monumental new single from Astrodeath, “Mountain King“.

Centring around a mountain brought to life through an advanced alien civilisation, “Mountain King” tells the story of an entity reluctant to leave the sanctity of his normal existence but is also prepared to wage war when he must.

The track is taken from Astrodeath’s stunning and innovative self-titled debut album, recorded at both Linear Recording Studio and Rolodex Sound in Leichhardt Sydney before being mixed and mastered by Nick Franklin with assistant engineer Matt Stewart.

Continuing the hands-on approach by the band the accompanying film clip was created in the unusual surrounds of his bedroom by Mitch Hertz and shot on a handheld Samsung device.

“We wanted to produce a video that was funny”, guitarist/vocals Tim Lancken explained. “It’s basically just a massive spoof featuring a helicopter crash, car crash, exploding heads and a giant mountain man. Mitch is a highly creative filmmaker; hardcore and DIY. We laughed so much making this!”

Determined to maximise their potential and output, Astrodeath have released their debut offering on differing variants of limited edition vinyl created by French label Blackfarm Records, with both featuring stunning and colourful exteriors that accentuate the diversity of the band. They have also released the album in comic book form with downloadable music content that enables you to visualise the music like never before.

Atrodeath will also perform at “Mojo Burning” in Brisbane, which will feature Temples (UK) and Kadavar (Germany) as well as a slot at the “Germanium Daze” festival in Perth at the Indian Ocean Hotel, with a massive line up that also includes Kadavar plus Nebula (USA).

Astrodeath will also support Kadavar in Canberra on March 1 and Perth on March 5 before joining Nebula in Sydney on May 3rd.

To get your own copy of Astrodeath’s first offering go to blackfarmrecords.bigcartel.com or access it through all of the usual major streaming sites.