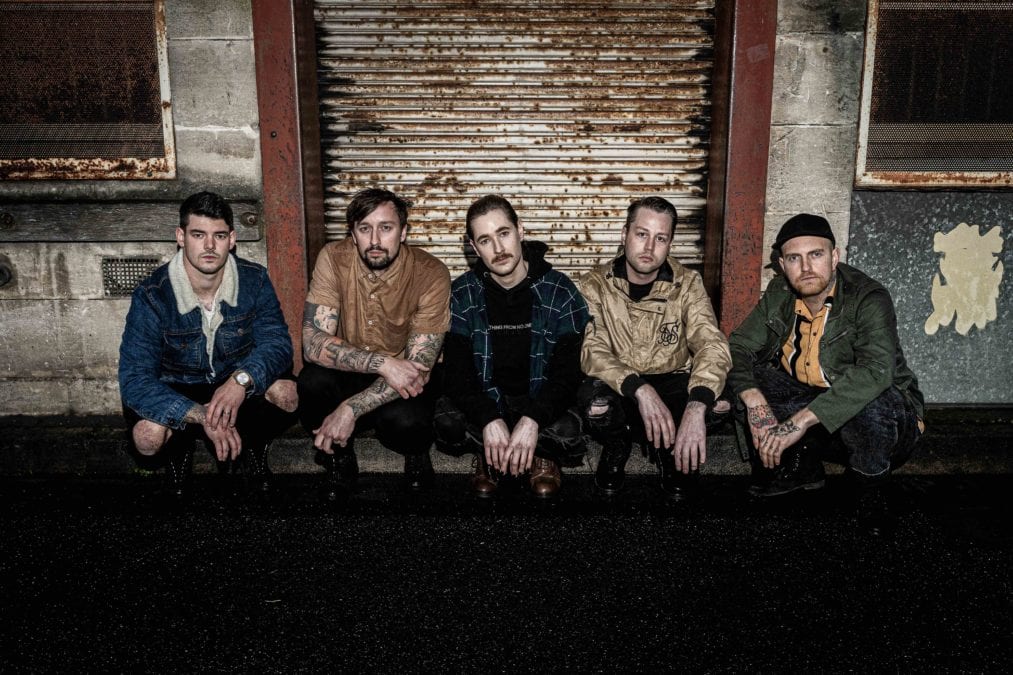 Alternative rock band Admella have released their new EP TRAGIC and you can hear it first on HEAVY.

The EP is a collection of elegantly crafted songs that, although not heavy-heavy, but rock you enough to get the foot tapping and the head bopping.

Admella debuted in 2011 and went on to win the Triple J Unearthed Soundwave competition in 2012 have so far supported the likes of Northlane, Ocean Grove and Dead Letter Circus.

After a 3-year hiatus, Admella have returned with a new vision and direction.

TRAGIC is available on all major online streaming sites and stores.

13 YEARS
13 Years is Theatrical, yet cryptic, dark and moody. Partly reminiscent of early 2000’s emo, such as The Used and My Chemical Romance. On the surface, 13 Years is boppy and fun, but don’t be fooled by its appearance, it has some darkness inside.

PLASTIC HEART
The seed of Plastic Heart came from when I heard a friend describing someone as having a “heart of gold”, and at the time it made me think about how I’d identify my own character, hence the term Plastic Heart.
The song is reflecting on a thought pattern I used to have for years, which was “how do I have all this bad luck, things rarely work out the way I plan” and at a certain point, I started to realise that I rarely took my part in the blame of things, and I think that’s a bad trait, I try not to do that anymore.

BADLANDS
I watched a documentary about a war journalist, that got taken hostage by ISIS, and after a long and traumatic process, his family got him home safely.
Upon returning he couldn’t adjust to normal life and seemed addicted to the chaos of the traumatic situation.
Ultimately against everyone’s word, he decided to go back to where he was taken hostage, and continue to do journalism. Tragically, he was taken hostage again and killed this time.
That story really stuck with me, as I had a friend go through a similar situation that ended in tragedy. And of course, I feel like we can all relate to that, being drawn to tragedy and romanticising your own downward spiral.

CASTLE
Castle is about a dear friend of ours that took his own life. Specifically the event of the funeral.
The lyric “Even when I’m in the same room, I couldn’t be further from you” is about the eerie feeling of being in the room with the casket but being the furthest I’d ever been from him in a mental and spiritual sense. The line
“I wish I could say what I need to say” is about the guilt I felt of not having the courage to make the speech at the funeral that I was supposed to.
The term Castle refers to the house he slaved at a terrible job and isolated himself, to buy.
Which did not make him happy in the end and was the place where he ended his life.

LOVE TO HATE
Love To Hate is about the phenomenon of wanting to keep up with someone’s progression, just because you know it’ll make you mad. And liking it.
A song about healthy(ish) competition.