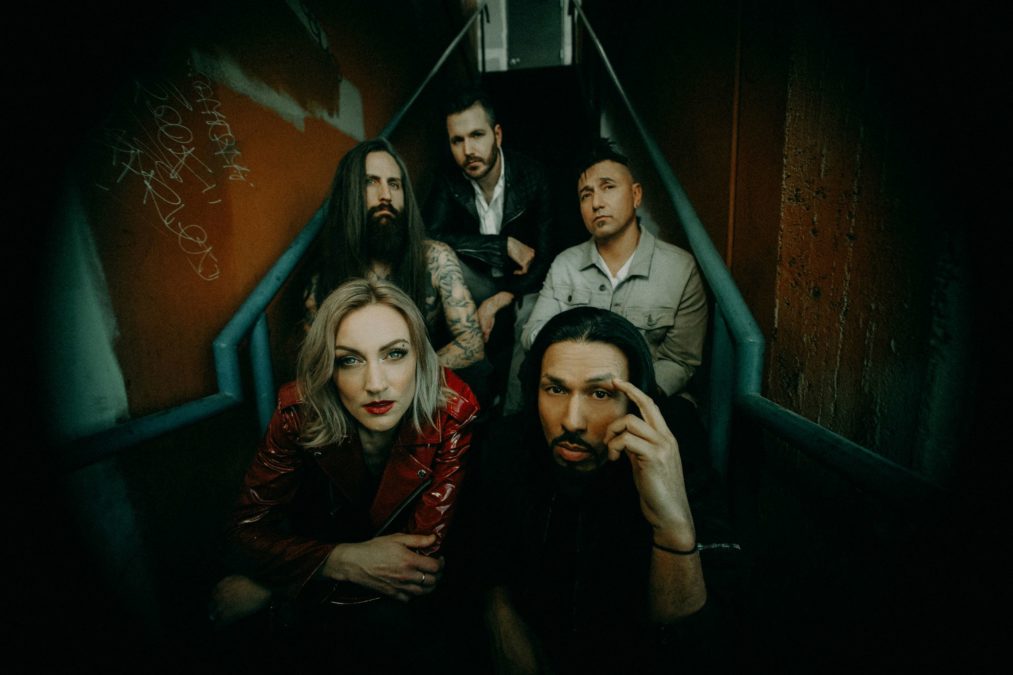 Pop Evil have always been a band unafraid to give their music space to breath and develop, working loosely within the realms of rock to continually push the boundaries of whichever genre they feel like settling into at the time.

While essentially a rock band at their core, Pop Evil are equally adept at penning power ballads as outstanding rock numbers and it is this musical freedom that has seen their career trajectory trend upwards over the course of the five-album journey.

With the release on May 21 of their sixth and possibly finest offering yet, Pop Evil pull no punches when outlining their development, simply naming the album Versatile in an obvious nod to the material contained within.

Vocalist Leigh Kakaty sat down with HEAVY to talk about the album and Pop Evil’s refusal to be restrained.

“It’s an awesome album with the duality of embracing the new Pop Evil sound and where we wanna maybe go in the future,” he explained. “Obviously the shy’s the limit, but then of course paying respect to the old school Pop Evil sound that’s got us where we are. We don’t wanna alienate fans who have been with us from the beginning as well. We wanna give everybody the best of both worlds. Versatility has always been the Pop Evil way and my voice has always been the tie that binds it all together.”

While determined to allow themselves the freedom to record material close to their heart, Kakaty admits thoughts do often turn towards older fans of the band and their expectations.

“I was always one of those fans that when I think about some of my favourite bands I always respect an artist who grew,” he measured. “I get it, they don’t wanna do the same thing over and over but to not give me a little taste of some of that old school vibe… I always have that in the back of my head. Some of the simplicity of the old school, Detroit rock sounding style stuff and the Southern rock vibes of the early Pop Evil albums, we try to give you little elements of that on this record when we can but at the same time it was about taking the heavy up a notch and making sure the heavy was even heavier and the melodic was even catchier so, of course, its a hodgepodge of blending and experimental stuff that we could use with that guitar and focus on hopefully making the biggest Pop Evil album yet.”

In the full interview Leigh runs through the thought process behind Versatile, the songs released as singles and why, having multiple producers for individual songs, their run of Top 10 singles and how the band measures their musical success, writing a hook that grabs you from the outset, their plans for 2021 and more.

Watch “Let The Chaos Reign” below:

PrevPrevious.Hash It Out With MELISSA CROSS
Next.CARNIFEX Release New VideoNext