POLARIS at The Metro Theatre, Sydney. 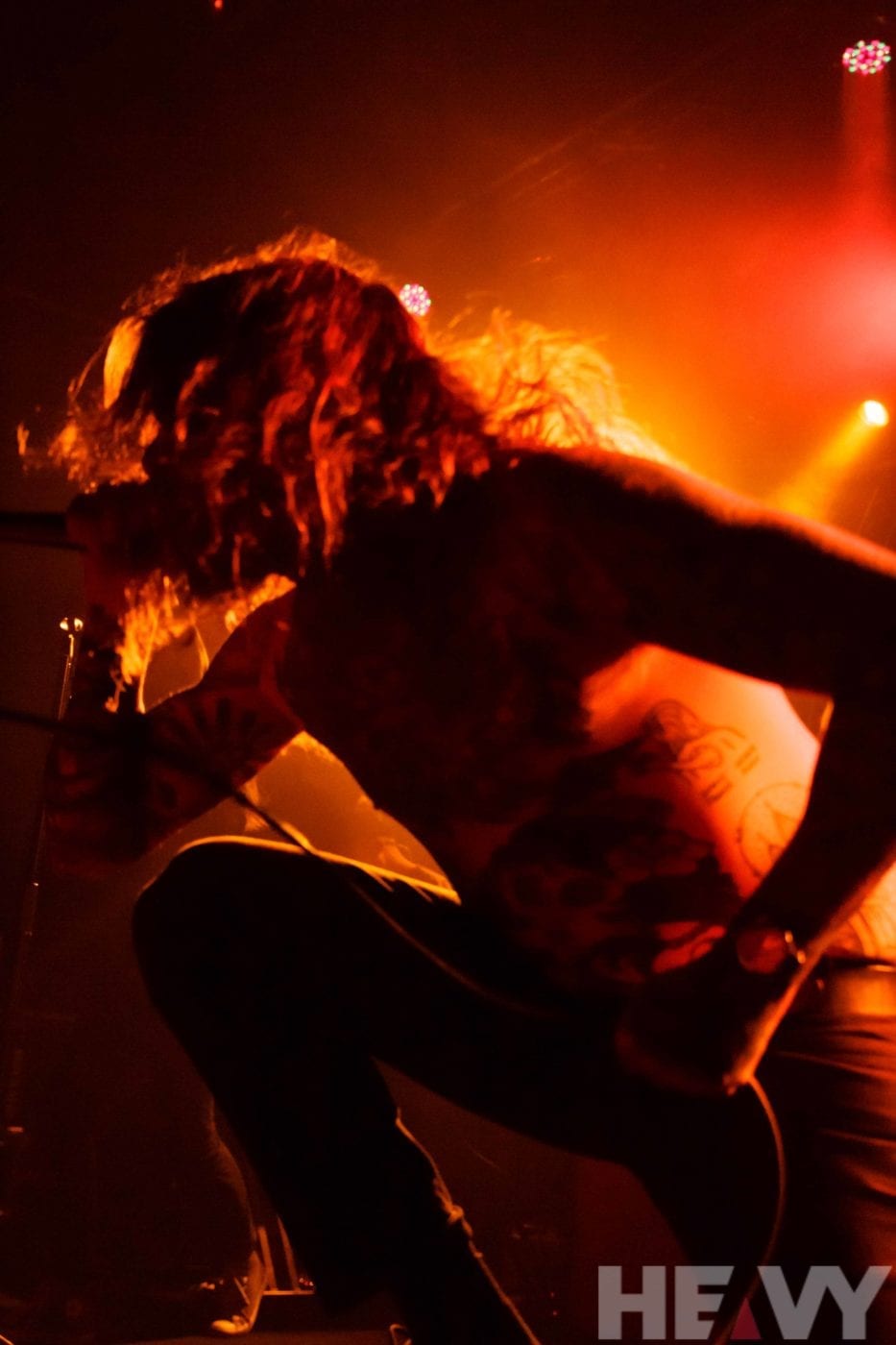 A few years ago, a young band from Sydney’s southern suburbs took the local metalcore scene by the scruff of the neck. The band, of course, is Polaris, and it’s been great the see them grow from support band to headline act. They’ve ticked off a few milestones along the way: two EP’s, a debut album The Mortal Coil, which reached as high as number six on the ARIA charts, and now, back to back sold out national tours. After destroying Perth and Brisbane, the lads have rolled into their hometown to rock the foundations of The Metro, and they’ve brought with them some killer supports.

Opening tonight is Melbourne alternative metalcore five-piece, Thornhill. I hadn’t heard a lot about them before tonight, but after seeing them live, I expect to hear much more. Thornhill is living proof that the local metalcore scene continues to go from strength to strength, with a host of up and coming bands all making waves. The band have recently released a new EP, Butterfly, and the large throng of early arrivals was enjoying the songs, such as “Lavender” and “Reptile”. Vocalist Jacob Charlton has a very broad range, delivering both heavy and clean vocals, and at times, a high-pitched, almost operatic style.

While their songs are laden with tempo changes and breakdowns, what makes Thornhill unique are the other elements woven into their music. There is definitely an alternative slant, even progressive elements that, while they sit comfortably in the metalcore space, may give them a broader appeal. Their live show was engaging, and they did what an opening act should. They charged through their songs without a lot of fuss or fanfare, and warmed the crowd up nicely.

Next up it was Alabama metalcore outfit, Gideon. Another band I hadn’t heard much of, but they are without a doubt one of the most aggressive live band’s I’ve ever seen! Larger than life vocalist Daniel McWhorter is an absolute monster on stage, and he got the crowd going with his ferocious delivery. The band has an extremely strong rhythm section, with pulverising double kick and crunching bass. Guitarist Tyler Riley gave solid back up vocals, and the crowd got into it, responding with some serious moshing, and circle pits. “Freedom” from 2017 album Cold was a standout track, but each song on the setlist was performed at maximum intensity. They were farewelled with a huge cheer from the Metro crowd.

The Devil Wears Prada need no introduction, and the Ohio metalcore mainstays hit the Metro stage like a hurricane. They were inked up, mic’d up, and ready to destroy all before them. The band wasted no time in annihilating the audience with their signature breakdowns. From the opening note of “Mammoth” to the last tone of “Danger: Wildman”, there was no let-up. The band sounded fantastic, each song an incremental increase in intensity, culminating in huge crowd participation. There was moshing, crowd-surfing, headbanging, screaming vocals, and even a guitarist leaping into the crowd!

After TDWP was done, I was beginning to think that the crowd may have expended all their energy, and might not have anything left for the headline act. How wrong I was….

Polaris walked out to a deafening roar and immediately launched into fan favourites “The Remedy” and “L’Appel Du Vide”. The crowd went to another level, screaming along with the band, while the mosh pit resembled something more like a prison riot! A huge circle pit opened up during “Casualty”, and there was more crowd surfing during “The Slow Decay”.

Vocalist Jamie Hails continues to grow as a front man, and he controlled the crowd like a wild-eyed evangelist delivering a sermon to a packed congregation. One element of Polaris that I’ve always loved is the twin vocal assault of Jamie and bassist Jake Steinhauser. Both are extremely accomplished at their craft, and their contrasting vocal styles compliment each other perfectly.

Naked flames have been replaced by mobile phone lights, and Jamie called for them to be raised during “Dusk To Day”. They kept the intensity going, and the mosh pit during “In Somnus Veritas” was crazy, and just when you though the punters couldn’t possibly have anything left, the crowd singing during No Rest blew the roof off!

Shards of coloured paper shot out over the crowd during “Lucid”, and after the obligatory chant of “one more song”, they closed the night with “Crooked Path”, which was the perfectly furious finale.

Polaris have entrenched themselves at the forefront of the Aussie heavy music scene. They’ve achieved this through intelligent songwriting, backed up by a scorching live show. This current sold-out national tour is a testament to that. Brace yourselves, because Polaris is just getting started!