Payback’s A Bitch With SKENIE From THE POOR 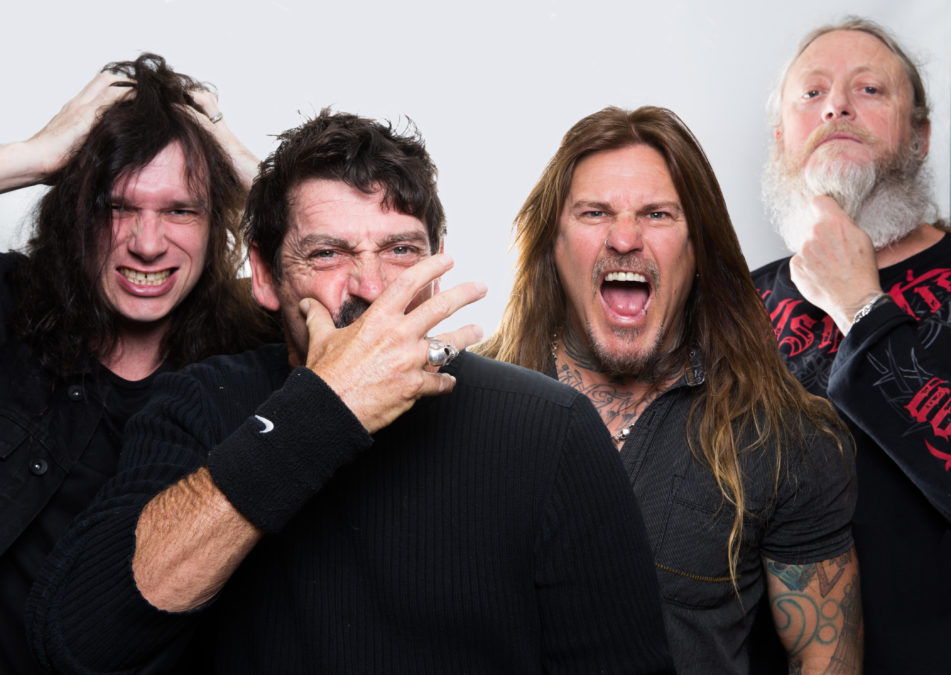 When The Poor came out with their smash single More Wine Waiter Please in 1994 it is fair to say the landscape of Australian rock shifted considerably in their favour.

Here was a bunch of musicians that not only walked the walk, but also talked the talk. A group of tough as nails Aussies who cared more about the fight rather than the spoils of victory and used music as their weapon of choice.

Their debut album Who Cares was – and still is – one of the finest debut releases of any Australian band in history and set The Poor up for a distinguished career that continues unabated today.

Although releasing only two more albums – Round 1 and Round 2 – since that debut, The Poor have maintained a healthy presence on the Australian hard rock scene, with their live shows, especially the charismatic nature of frontman Skenie, becoming folklore in the national music arena.

After a period of inactivity, The Poor are back and in finer form than ever with their new single Payback’s A Bitch, will be unleashed on the world on February 11.

Skenie joined HEAVY for a chat about The Poor, focusing on the new song and the fact that the band are not just back to make up the numbers, they are back to reclaim their throne as the Kings of Hard Rock in this country.

“It was when Dan, our new guitarist – well he’s not new, he’s been with us nearly three years now – but it was one of the first songs me and him sat down and started having a bit of a crack at writing,” Skenie said of the beginnings of the new track. “He was like ‘what do you want me to do?’, he was a bit nervous actually, and I said just fucken play something, you know, play anything, and I’ll pick the good bits out, and he started playing. I had my guitar there, and he started playing the start off riff and I started doing some rhythm behind it, and it sounded mean. We sort of had that bit, and then he was playing all these different riffs… he doesn’t realise how good he is (laughs), and he played the main riff that’s in the song and I went ‘that’s it there! Let’s put something to that’. We had those bits and recorded them on our phones, and then I came up with the chorus one day and said ‘I’ve got something for it, let’s do this’ and that’s when we get into the studio as a band and nut all the rest of the fruit and get it happening. The name Payback’s A Bitch was sort of like, here we come, we’re back. A lot of people are hurting in the world and the law doesn’t really do much anymore, so it’s a case of let’s get it done ourselves. Vigilante style (laughs).”

In the full chat, Skenie runs us through the song in greater detail, including the film clip, let’s out a little bit of information about the new album and more.

Check out the new teaser for the song here: https://fb.watch/b47CFRBrVE/