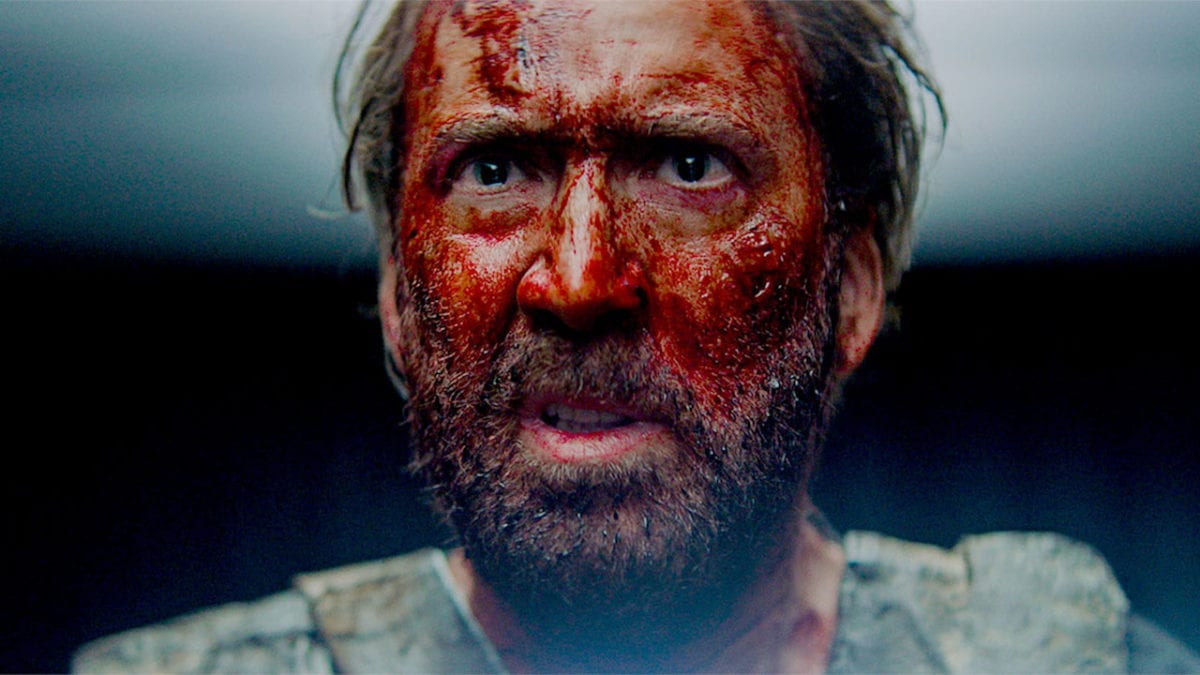 One of the most talked about films to come out of this year’s Melbourne International Film Festival was Mandy starring one of the best actors of our generation – Nicolas Cage (Gone In 60 Seconds, The Rock). What made audiences talk after the festival was that this is one of the finest ‘revenge’ films ever made. Stylistically beautiful and amazingly creative this is a film that any lovers of cinema need to watch. Now thanks to Monster Pictures Australian audiences get one more chance to see Mandy on the big screen.

Ahead of the screening HEAVY Mag sat down with the film’s director Panos Cosmatos (Beyond The Black Rainbow) to find out just how this cinematic masterpiece came into being.

“Well I first started writing it about the same time as my first film” says Cosmatos when we start to talk about where the idea of the film came from. “They both came from the same process, and that process was that after my father died it affected me emotionally and I started to reflect on a lot of the things that I experienced as a kid… a lot of things from the 1990s. And then I started to drift back and watch a lot of the films that I used to watch back then. I remembered that when I was about 12 or 13 I wasn’t allowed to watch horror films and I used to go to the video store and look at the lewd artwork and the crazy descriptions on the back and then I would imagine what these movies would be like and that was where the core of this idea of an imaginary film came from. Then when I first started writing my two films I used that as the core principle.”

As we shift to talking about the visual look of the film Cosmatos says that look was always there from the beginning. “When I start creating a movie from the ground up things like visuals and sound design are there from the very beginning of the process,” he explains. “Before I start anything else that thought process is there. I kind of take the concept and move it around that… oddly.  It is like putting together a model with all these random left over parts really and that just fell around this basic concept of a horror story idea. That was extremely driven by visual aspects and sounds… I had all of those things from the very beginning.”

Mandy will be screening right around Australia on Friday 21st September. All the times and ticket info can be found below and you can hear the rest of our interview with Panos Cosmatos using the Spreaker player above.

On Friday September 21st 9pm, Monster Fest Presents in association with Madman Films will host One Night Only event screenings of MANDY across Australia.

Pacific Northwest. 1983 AD. Outsiders Red Miller (Nicolas Cage) and Mandy Bloom (Andrea Riseborough) lead a loving and peaceful existence. When their pine-scented haven is savagely destroyed by a cult led by the sadistic Je-remiah Sand (Linus Roache), Red is catapulted into a phantasmagoric journey filled with bloody vengeance and laced with fire.