PALACE OF THE KING announce tour 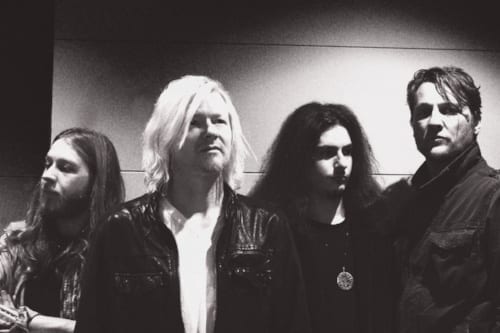 Melbourne rockers Palace Of The King are saying goodbye to the album cycle surrounding last years scorcher of a record, Get Right With You Maker, (released a year ago in April 2018 via Golden Robot Records) with a special LIVE version of the albums title track recorded at The Corner Hotel in Melbourne!

Frontman Tim Henwood says of the song, This live version of – Get Right With Your Maker, was recorded in a packed, hot, and sweaty Corner Hotel in Melbourne a few months back. Our album (of the same name) actually didn’t include this song other than a hidden acoustic track on the CD.

We loved the track so much however, and the audience reaction to it in Europe on our last tour, that we felt it was important to record an electric version which was released at the end of 2018.

As with most songs in the POTK live show, GRWYM grew and developed a life of it’s own at the live shows, so we wanted to share this with you before bringing you new music from our forthcoming album very soon..

Palace Of The King supported the Get Right With Your Maker album with near constant touring throughout 2018, including a huge 8 country European tour before heading back to Australia for sold out, seperate tours with Baby Animals, Rose Tattoo and The Screaming Jets.

The guys are showing no signs of stopping with a mountain of tour dates coming up over the winter months!