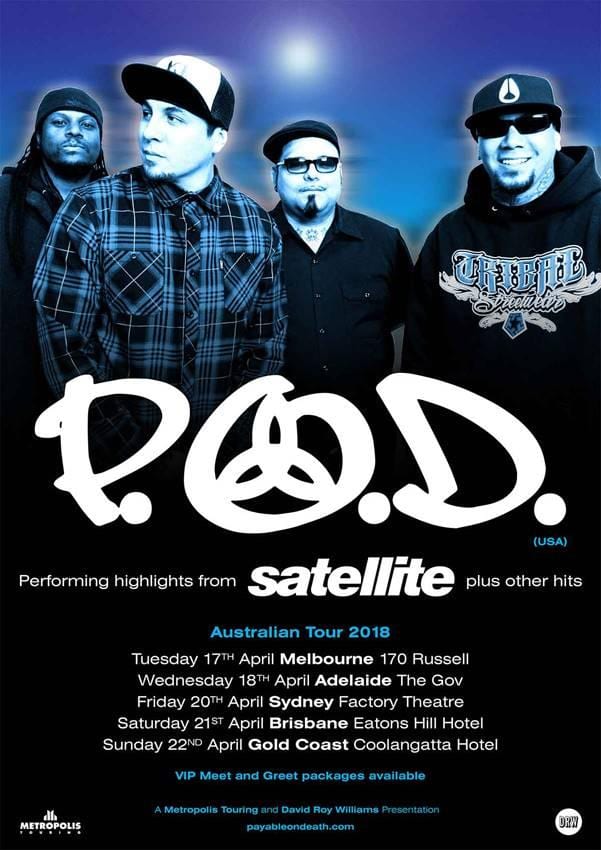 Boom! Here comes the Boom! With over 12 Million Records sold Worldwide American hard rockers P.O.D. make their triumphant return to Australia for their first headline tour since 2002 to perform highlights from their hugely successful albumSatellite – “Alive”, “Youth Of The Nation”, “Boom”, “Satellite” and plus other Hits.

After forming in 1992 in San Diego, California, high school friends Vocalist Sonny Sandoval, Drummer Wuv Benardo and Guitarist Marcos Curiel began Jamming sessions. In 1994 after recording their first Demo tape they recruited Bassist Traa Daniels to complete the lineup. Originally named Payable On Death they quickly shortened their name to the much CatchierP.O.D.

Don’t miss your chance to see P.O.D. blow audiences away down under this April as they perform Highlights from Satelliteplus other Hits.