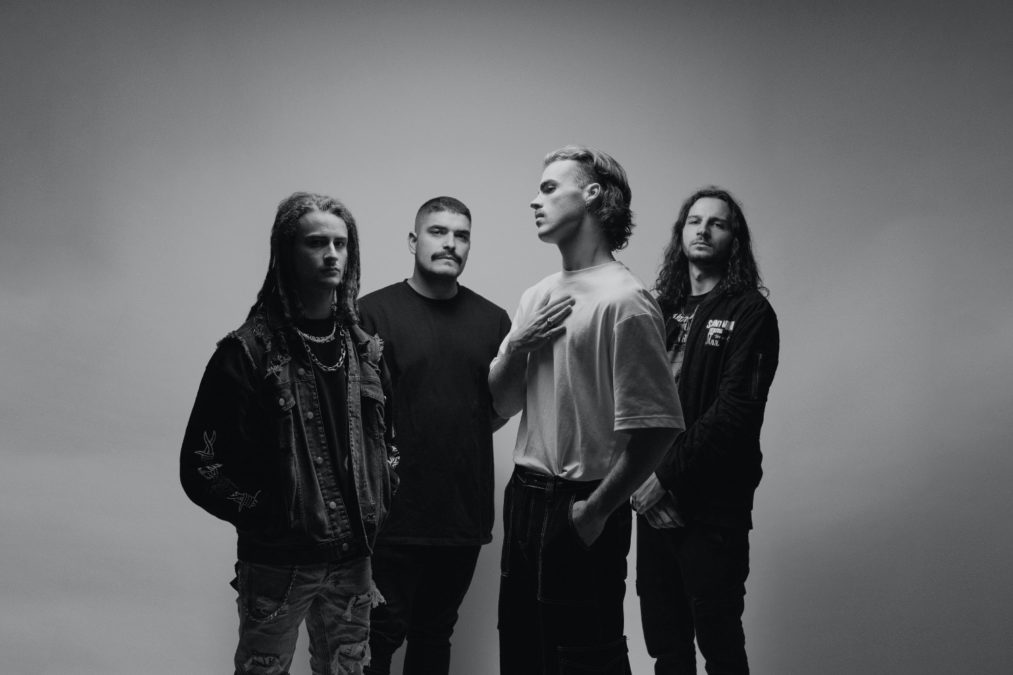 Melbourne hard rock/metal outfit Nth Rd are what will one day be referred to as COVID boomers.

Out of darkness the four musicians found solace in music, determined not to let the unpredictable nature of everyday existence dampen their spirits.

With the nucleus for current EP Panic written before the world shut down, Nth Rd were forced to shelve the material for a potentially indefinite period and hold onto hope that the four of them would one day be able to reunite in the studio and complete their quest.

By focusing on other aspects of the band and music throughout those long months of isolation, Nth Rd cleverly laid the platform for their debut EP, working behind the scenes to ensure people would be able to recognize or relate to the band once human contact was again possible.

The result is the beautifully poignant 5 track EP Panic. As the title suggests, the EP is a collection of songs that explores human emotions and feelings when confronted by attacks of claustrophobia and panic attacks. It is a collection of songs that are as confronting as they are cathartic, each working through different stages of a panic attack response.

Musically, Nth Rd have also shown the benefit of time spent to focus on their songwriting, with Panic absorbing moments of darkness and heaviness that add added sonic layers to their music.

HEAVY caught up with vocalist Jordan Kellaway to discuss the EP and the strides forward taken by Nth Rd.

“We were really proactive during the pandemic,” he nodded. “We definitely didn’t take that time lightly and really tried to take advantage of how bad the situation was but still make the most of it. We ended up writing a little bit during the pandemic, and in those in-between sections between isolations were when we were recording. There was a lot of that and a lot of strategies involved in curating our image and what we wanted to be and what we wanted to do with this band. Once we came out the other side, I felt like we were actually far more prepared. We definitely made use of it. It was obviously a struggle at times, as it was for everyone. It was an incredibly difficult time to navigate, but I feel like we made the most of it and came out the other side stronger.”

In the full interview, Jordan talks about utilizing their time during COVID, the stop/start nature of the EP process and how it impacted the final product, the personal nature of the songs and how they helped him deal with his own demons, the different components of suffering explored on the EP, musical changes the band brought to the recording and how it will flow on into future recordings, touring plans and more.