OPUS OF A MACHINE Back On The Road 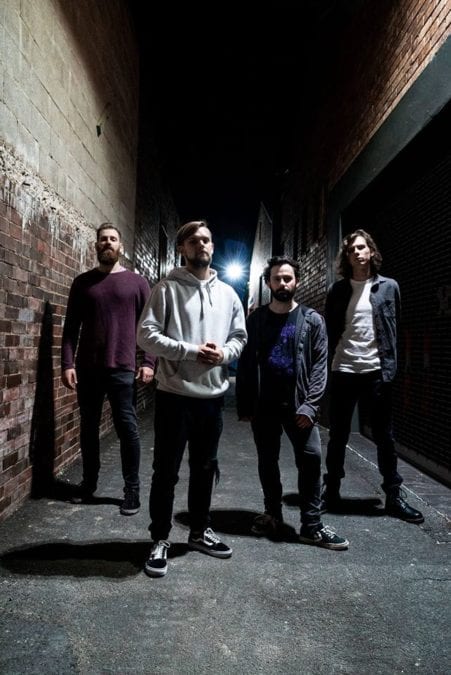 For the past few years Aussie prog outfit Opus Of A Machine have been the little band that could. The band rose from nowhere after the release of their debut album Simulcara and since then have garnished more praise for their second album as well as putting on some exciting sets at major festivals including Progfest.

Now Opus Of A Machine are about to hit the road with their good friends Glass Ocean to celebrate the fifth anniversary of Simulcara so HEAVY Mag sat down and had a chat with the bands guitarist Zachary Greensill.

“I am super excited,” says Greensill when I ask him how he feels about the band getting back out on the road again. “Glass Ocean and our band have been trying to hook up shows for probably the last three years. I think whenever one of us releases an album or see each other at a show we always have that conversation so to find that we can finally get to do it with those guys is a dream come true.”

“I think there are a huge amount of reasons,” he say when I follow up asking him what it is about Glass Ocean that makes Opus Of A Machine so want to tour with them. “They have such an unique sound… I have never heard a band actually sound like that. They are absolutely rad dudes, whenever we come out we always try to catch up with them and they are just the perfect fit for us. We try to be as sort as varying as possible with the bands we tour with and I think there is something just really complimentary to both of us. We are a bit more on the heavier side than them but we both have this expressive and colourful vibe to our music so it’s a beautiful pairing.”

As our discussion turns to Opus Of A Machine and Glass Ocean playing alongside each other at Progfest I ask Greensill how the band felt about the rave reviews they seem to get after the close of each Progfest. “That was fantasic, man, I was blown away,” he says. “When you are on a big festival bill like that you never really know who is there to see which band. So you’ve got that question ‘we are on this bill with all these big bands but are people going to come out and see us?’ You ask that especially with Brisbane which is our home town, we were really nervous because we played on the Main Stage but we played at like 2.30 in the afternoon, so we were thinking would anybody even bother coming out because it’s a Sunday. But we had a phenomenal crowd, and likewise in Sydney and Melbourne. I think a lot of people went out of their way to catch us which was awesome It was mind-blowing to get the kind of response that we got, so it was great.”

“I think these shows are our celebration,” he says when we begin to reflect on the fact that it is now five years since their debut album was released. “We haven’t thought too much about celebrating it and I think the official date passed about a week ago. It has flown by for us to, man. I mean we have a second album out and what we have achieved after that second album is pretty phenomenal . We took a bit of a break after Simulcara because there were a few things happening. My time commitments at the time with Caligula’s Horse kind of snow-balled and I had to choose and there was always that lingering feeling of ‘what if? What if I kept with Opus and really, really pushed it?’ Obviously that was the ultimate reason why I left Caligula’s Horse but there was a bit of a lull there, there was hole there that had to be filled, so then we went right back to it and jumped into the writing for the second album and since then it has just been going from strength-to-strength.”

These new shows will also see Opus Of A Machine play some new material that they haven’t played live before as well. “We did debut a track at Dead Of Winter which was a festival in Brisabne,” he says. “Again we were blown away by the response to that, but these new tracks are very different to anything we have ever written before. I think it is a little bit more on the heavier side, some of it is a little more complex and some are a little bit more simpler and straightforward. We’ve had that experience of playing new tracks live before but this time playing in the jam room and playing these tracks has been some of the most fun that we have had playing in a band, so I am really, really excited about debuting these songs because they are certainly going to work in a live context and I hope they really shine through for the crowd.”

These shows sound like we will be seeing Opus Of A Machine go to a whole new level so Greensill closes by saying, “Grab some tickets, check us out on Spotify, Youtube… we are on all of the major bits and pieces that you can find us on and just get ready for this tour. I am completely stoked for it and I am so excited about seeing Glass Ocean every single night. These supports are also going to be phenomenal and I can’t wait to see them up on stage.”

All the details for the Opus Of A Machine/Glass Ocean tour can be found below. 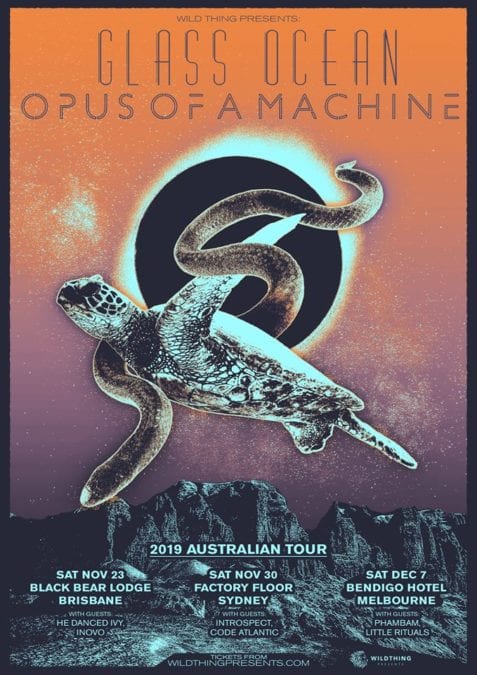