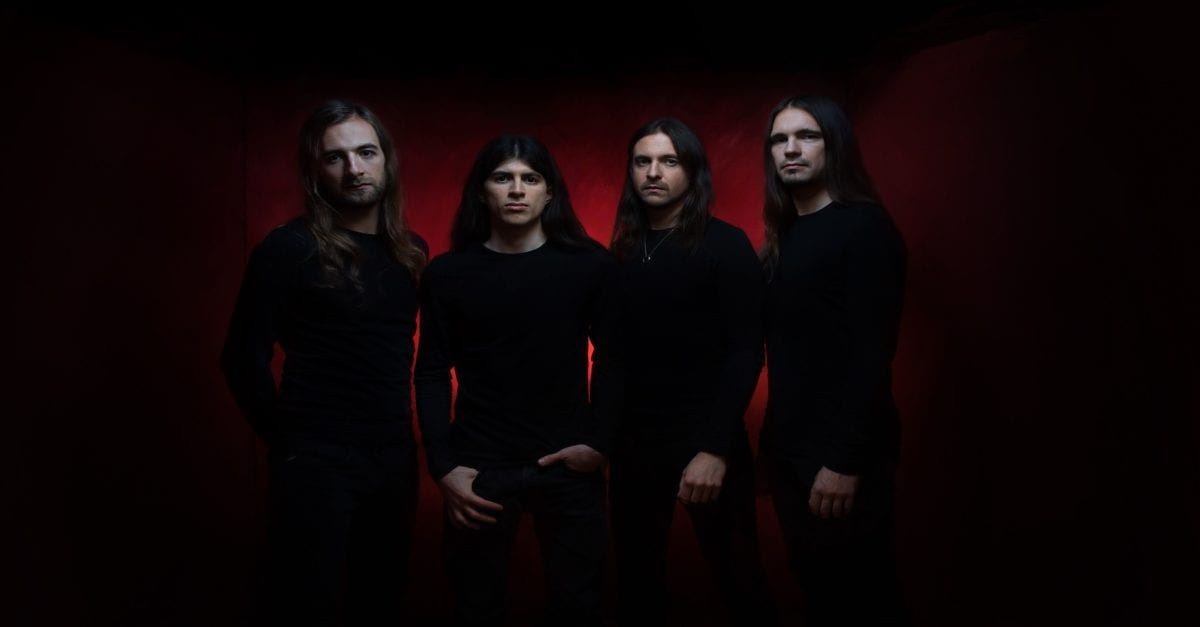 For the very first time, German progressive and technical death metal
virtuosos OBSCURA bring their jaw-dropping musical prowess to Australia and
New Zealand!
From their very beginnings in 2002, the band have demonstrated an uncanny
ability for blending different forms of technical, cerebral metal into a
coherent synthesis of death, thrash and black metal merged with progressive
elements. Not one to bend to convention, OBSCURA distinguished themselves
and their unique brand of music via the tasteful use of vocal effects,
fretless bass, philosophical underpinnings, and other elements rarely
touched on in extreme metal.
In 2018, OBSCURA complete their long-running, four-album conceptual circle
with the release of Diluvium. Complete with all the band’s signature
elements plus groundbreaking polyrhythms, dramatic songwriting, and almost
incomparable virtuosity, OBSCURA raise the bar once again with an album that
will go down in the annals of metal history as one of the most astonishing
performances the genre has to offer.
Complimenting the technical insanity will be Australia’s longstanding metal
progressive leaders in ALARUM. Blending all forms of metal alongside rock,
jazz, latin and fusion, ALARUM have proven they can match the big names on a
worldwide level.
Shifting between frothing black metal hate to slower progressive
instrumental interludes and back again, the mysterious SOMNIUM NOX will no
doubt leave a chilling impression upon those summoned.
OBSCURA, Alarum & Somnium Nox performing at:
March 28th – Brisbane, Crowbar
March 29th – Sydney, The Factory
March 30th – Melbourne, The Corner
TICKETS ON SALE 9AM Tuesday January 15th at:
BRISBANE – http://soundworksdirect.eventbrite.com / www.oztix.com.au
<http://www.oztix.com.au>
MELBOURNE – http://soundworksdirect.eventbrite.com / https://cornerhotel.com
SYDNEY –  http://soundworksdirect.eventbrite.com / www.factorytheatre.com.au
<http://www.factorytheatre.com.au> 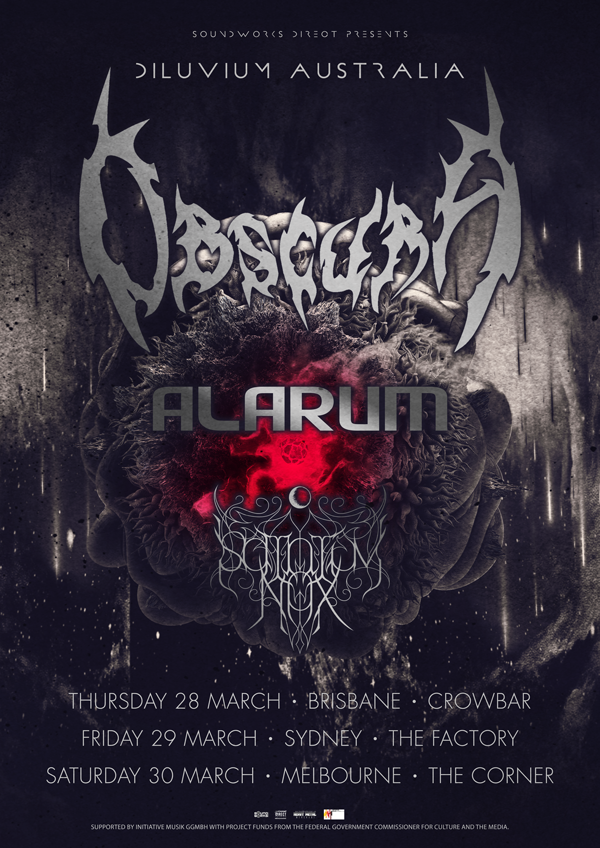